The 2014 edition of the Qatar International Boat Show (QIBS) has exceeded everyone’s expectations, according to Snow Comms, the organisers of the event.

The five-day show was held at Mourjan Marinas in Lusail City, from November 11 to 15, under the patronage of Qatar’s Prime Minister and Interior Minister Sheikh Abdullah bin Nasser bin Khalifa Al Thani.

It attracted more than 12,000 visitors who came to see over 90 exhibitors, with 75 boats on display.

The show was inaugurated by Qatar’s Minister of Economy and Trade Sheikh Ahmed bin Jassim Bin Mohamed Al Thani and there was a large number of international exhibitors representing many of the top names in the maritime industry, including many repeat exhibitors from last year.

Bookings reached full capacity, despite the show being double the size it was in 2013.

The new upgraded exhibition area comprised shows both on land and in the water with 10,000 sq m of water basin surface, and more than 15,000 sq m of pavilions and outdoor areas.

For the first time, the entire marina promenade was used, together with a bigger dock area situated right in the heart of the exhibition, as opposed to one of the side docks that was used last year.

One of the stars of the event was a luxury dhow made in Qatar by Al Mannai Marine, which has recently moved its manufacturing base to Al Ruwais shipyard.

The 150-tonne dhow is 33 m in length and incorporates the latest advancements in technology while maintaining the traditional look of a Qatari dhow. As such, it is the very first of its kind in a luxury dhow category with yacht specifications.

The entire build of this design takes about two years, and currently Al Mannai Marine has six dhows in production. Its exterior is made of solid teak wood, while the interiors have been designed and made in Italy. It contains five bedrooms with en-suite bathrooms of onyx and marble, and the interior fit-out cost in excess of QR2 million ($550,000).

The largest boat on display was a 40-m Floating House from Abu Dhabi-based Emirates Waves. It has six en-suite bedrooms, two master living rooms, a cinema, an upper flybridge, and outside platforms for dropping jetskis or small boats. With a top speed of 16 knots, it took 18 months to build and costs around QR12 million ($3.3 million).

Ambassadors and trade and culture secretaries, were also much in evidence at QIBS 2014, including diplomats from the US, UK, Italy, France, Germany, Canada, India, Egypt, Tunisia, Russia, Greece, China, Kuwait, Turkey, Bosnia and Herzegovina, Japan and Bulgaria.

In order to highlight Qatar’s increasing role in the international maritime industry, members of the media were taken on a tour of the Nakilat (NDSQ) shipyard, situated in Ras Laffan. The shipyard covers a total area of 58,000 sq m and includes a massive construction hall which is capable of simultaneously accommodating four vessels completely under cover.

Essa Al Mannai, Chairman of SnowComms said the QIBS is an event of national importance.

“QIBS is a showcase for modern Qatar and its ambitions. It is being increasingly recognised around the world as a major shop window for boats and services in the maritime industry, especially in the Gulf region. The success of this show has without doubt reinforced our view that Qatar has carved out for itself in the international boat show circuit,” he said. 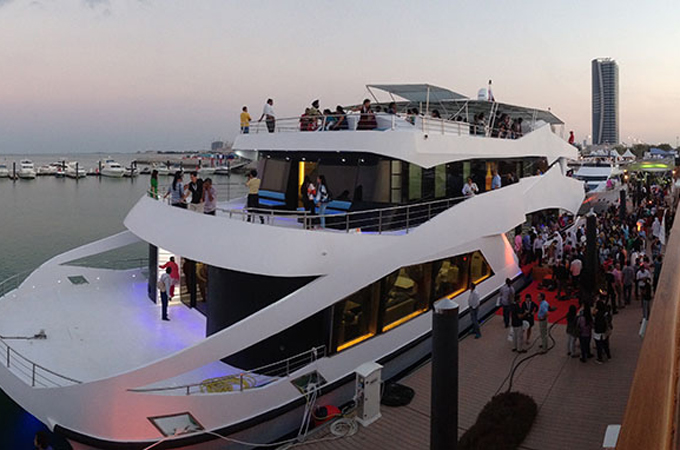 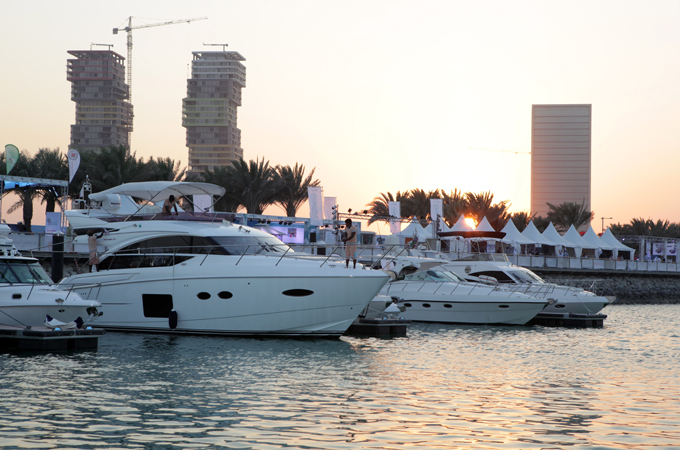 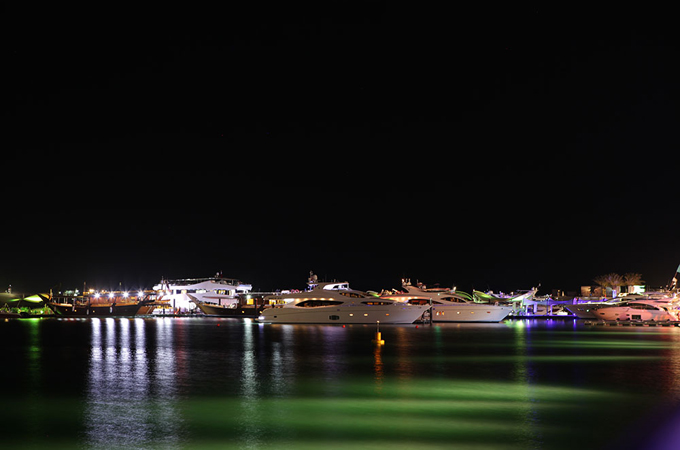