This morning in London, Sotheby’s is unveiling an outstanding and extremely rare diamond ring by Cartier.

Estimated at $15-25 million, this gem is one of the star lots of Sotheby’s Geneva Jewellery sale on November 16 and will be exhibited in its New Bond Street galleries from today to October 17.

Describing the diamond, David Bennett, Worldwide Chairman of Sotheby’s International Jewellery Division, says: “The Sky Blue Diamond is of a wonderfully clear celestial blue, presented in an extremely elegant square emerald cut – in my view, the most flattering of all the cuts for a coloured diamond. This important gem will, I am sure, captivate all collectors of exceptional gemstones.”

The Sky Blue Diamond has been graded Fancy Vivid Blue by the Gemological Institute of America (GIA), the highest possible colour grading, awarded to no more than 1 per cent of blue diamonds submitted to the GIA. It was also found to have excellent polish and to be of Type IIb, a rare category which represents less than 0.5 per cent of all diamonds.

Within the past two years alone, Sotheby’s has twice set a new world record auction price for a blue diamond, most recently with the only diamond or gemstone in auction history to have exceeded $4 million per carat, the Blue Moon of Josephine (sold for $48.5 million ($4,028,941 per carat) in November 2015). 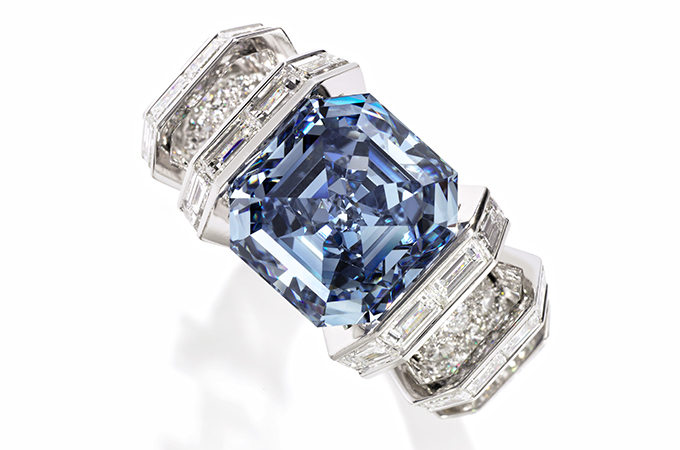