A 10-bedroom mansion and an attached mews house in the Marylebone area of London is on the market to interested investors.

Rokstone is selling the elegant 8,520-sq-ft townhouse on Upper Wimpole Street and an attached 1,520-sq-ft two-bedroom mews house on Dunstable Mews, whose original owner Professor Horace Hayman Wilson (1786-1860) was part of the inspiration for George Bernard Shaw’s famous character Professor Henry Higgins from Pygmalion, who also lived on the street.

Fronting onto Upper Wimpole Street, the Grade II listed six-storey late-Georgian townhouse is attached and internally linked to the two-bedroom mews house at the rear. The property has the rare benefit of being located on a generous plot that is both wide and deep, allowing for a three window frontage and large grand rooms. The property has the additional benefit of two separate lower ground floor patio gardens, providing an abundance of natural light into the various rooms on all floors.

The main house and mews were built in 1787-1789. An extension of Wimpole Street, Upper Wimpole is built on the site of the former Marylebone Gardens, and being closer to Regent’s Park, the houses on Upper Wimpole have always been the most desirable on the thoroughfare.

In the heart of Prime Central London and close to Marylebone High Street, the large family houses of Upper Wimpole Street has for many generations been the West End address of choice for wealthy doctors, successful university academics, politicians and merchants.

The original owner of the house was Nicholas Calvert, MP for Hertford. Upon his death in 1806 the house was purchased by George Wilson, a doctor who owned a neighbouring property on Upper Wimpole Street, and the house became the London base and consulting rooms of his young son Horace Wilson (1786-1860), an oriental researcher who eventually rose to become Boden Professor of Sanskrit at Oxford University and author of many books on language, culture and India.

Professor Wilson divided his time between Marylebone, Oxford and Calcutta; and after 1837 he returned to live full time at Upper Wimpole Street.

In 1913 George Bernard Shaw produced his famous play Pygmalion (the basis for the movie My Fair Lady) whose central character was the fiery yet eccentric Professor of Phonetics Henry Higgins, whose fictional life was based around a grand townhouse and consulting rooms at No.27 Wimpole Street.

It is believed that the Shaw based the academic side of the Higgins character on Henry Sweet (1845-1912), an Oxford phonetics teacher, whilst Higgin’s home and grand lifestyle were inspired by Professor Wilson of Upper Wimpole Street.

After Professor Wilson’s death in 1860 the house continued to be used as a grand family home and consulting rooms, a role which has continued to the present day. The current vendors have owned the house for over 30 years and this is the first time it has been placed on the market for sale during their ownership.

The main house has a series of large grand entertaining and family rooms on the ground and first floors, with ceilings up to 14 ft high and 16 ft high respectively. The large entrance hall retains all its original features including stained glass fanlight screen (baring the Crest of Viscount Calvert), ornate ceiling mouldings and cornice and marble flooring.

The entrance hall leads into the 16-seater formal dining room with Corinthian columns and sash windows overlooking Upper Wimpole Street. There is also a large study/library and family kitchen/breakfast room on this floor.

The original main staircase provides access to the upper floors. To one side of the staircase are the facilities for a passenger lift; originally installed in 1970, but removed a couple of decades later. Should a new owner desire, a lift could be installed in the house.

The first floor has two extremely large interconnecting reception rooms which together span the width and depth of the house. Features include high ceilings, Georgian fireplaces and elegant wall panelling.

The second floor has a reception room, two bedrooms and a bathroom. The third and top fourth floors provide five further bedrooms and a study. The lower ground floor is currently arranged to provide three bedrooms, a reception room, kitchen, bathroom and vault-storage. The lower ground floor could be reorganised to provide a spacious leisure and fitness suite providing media room, gymnasium, Pilates room and changing facilities. From the main house, on the other side of one of the garden patios, is the mews house. This two-storey property has a living room, kitchen, two bedrooms and a bathroom.

Becky Fatemi, Managing Director of Rokstone, says: “This magnificent Marylebone townhouse and mews has an interesting history, and provides outstanding accommodation including up four reception rooms and 12 bedrooms. The property is perfect for a large extended family wanting a sizable London home with space to entertain. Alternatively, it could be remodelled to provide a luxurious entertaining property, with the lower ground floor transformed into a leisure and fitness suite. In this part of Marylebone it is very rare for a large family house of this size and proportions, with substantial frontage and depth, to become available for sale on a freehold basis. It will appeal to high-net-worth families from the UK, the Middle East, India and Asia.”

The main house and mews on Upper Wimpole Street are for sale for £14.95 million ($19.8 million) on a freehold basis. 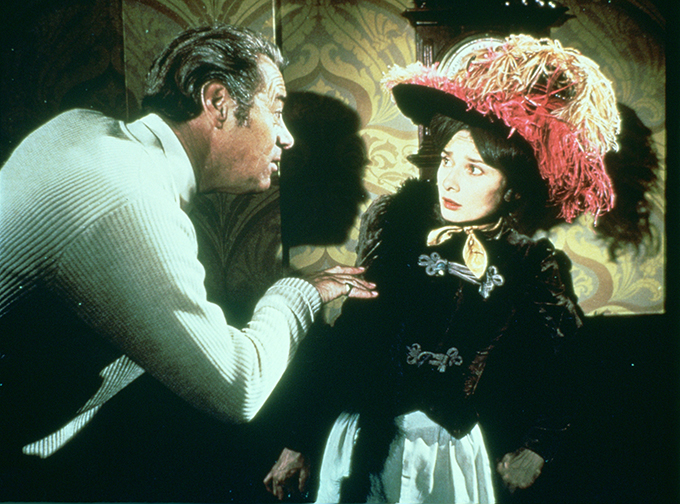