Omniyat, a visionary real estate developer in the Gulf, and Zaha Hadid Architects came together to celebrate The Opus by Omniyat in Dubai, designed by architect Zaha Hadid, this week.

The Opus by Omniyat is a magnificent feat of engineering that blends the progressive intuition and market understanding of Omniyat and the timeless mastery of Late Zaha Hadid, an architect celebrated globally.

On November 13, Founder and Executive Chairman of Omniyat, Mahdi Amjad, and Director from Zaha Hadid Architects, Christos Passas, came together to celebrate this distinctive property.

Late Zaha Hadid was an Iraqi-British architect, artist and designer, recognised as a major figure in architecture of the late 20th and early 21st centuries. She died in March 2016.

They took part in a panel discussion moderated by Farah Nayeri, global arts and culture writer, during which they shared their experience developing The Opus by Omniyat and working with Zaha Hadid on this incredible industry-defining project.

Amjad said: “When it came to The Opus, I was seeking architects who envisioned and reflected the future in their designs in line with the inspirational words of His Highness Sheikh Mohammed bin Rashid Al Maktoum, Prime Minister and Vice President of the UAE and Ruler of Dubai, who said ‘the future does not wait. The future can be designed and built today.’ Only Zaha Hadid could have helped us envision The Opus and realise its potential as an iconic development.”

Passas said: “When we first started discussing The Opus, Omniyat was seeking to develop a commercial masterpiece that would stand the test of time. Zaha’s exceptional eye for design and engineering perfection is reflected in this incredible building, a pioneering project in Dubai representing an exploration of duality and fluidity — Zaha’s signature style. However, aside from marveling at this masterful edifice, we are also here today to celebrate her achievements, and tomorrow, we will remember them and continuously inspire from them. Thank you to Omniyat and Mr Amjad, for the determination and vision to bring The Opus to life.”

Amjad continued: “The design aspiration that I learned from working with Zaha changed Omniyat and me forever. Her appreciation for distinct designs and her persistence to perfect them was unbelievable and will forever be difficult to replicate.”

The Opus by Omniyat was designed as two separate towers that coalesce into a singular whole — taking the form of a cube. It houses the ME Dubai hotel, designed by Zaha Hadid herself, offering architectural brilliance, with masterpieces galore, superior boutique accommodation, sweeping city views in the cultural centre of Dubai, luxury residential and commercial units, and some of Dubai’s premier F&B outlets. 80% of The Opus Residences have already been sold, with handovers slated for Q1 2023. The remaining inventory will also be released to the market soon, said a statement.

The discussion and celebration were attended by architects from Zaha Hadid Architects who flew in from the world for the occasion, as well as senior members from Omniyat, investors and partners. Guests enjoyed guided tours of The Opus by Omniyat building.

The project is situated in the heart of the Burj Khalifa District, with striking views of Burj Khalifa, the Arabian Gulf, and the Dubai Water Canal. The Opus Residences by Omniyat comprises 96 one- and two-bedroom apartments, furnished with exclusive furniture and fixtures. 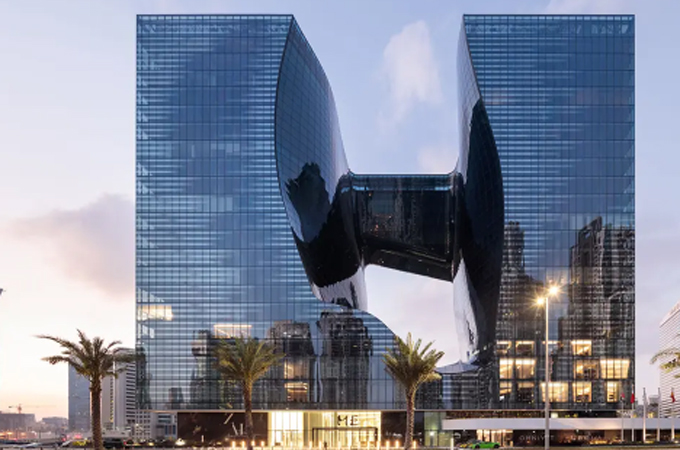 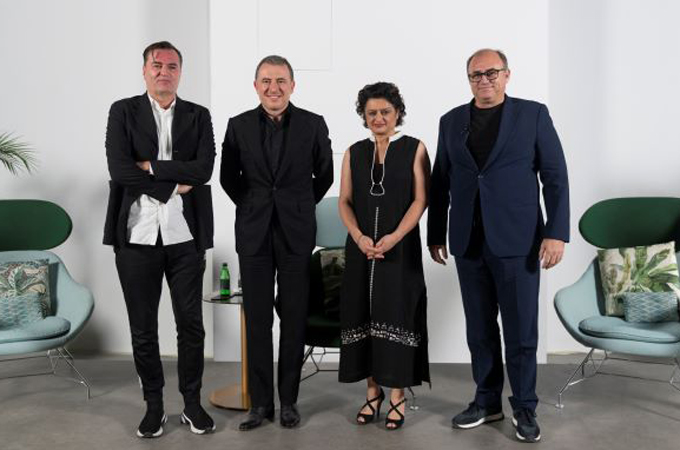