Arts AlUla will present FAME: Andy Warhol in AlUla, an exhibition that celebrates one of the world’s most famous and recognisable artists’ personal fascination with fame and celebrity as part of the AlUla Moments calendar.

Produced in collaboration with The Andy Warhol Museum - the internationally renowned American institution that holds the largest collection of the artist’s work and archive - FAME will bring together some of Warhol’s most iconic artworks in an exhibition curated especially for Maraya, the mirror-clad arts and cultural venue in the ancient desert city of AlUla, Saudi Arabia.

FAME, opening on February 17, is part of the Arts AlUla festival which launched last year as AlUla’s flagship annual arts festival and which runs from February 16 to February 28, 2023.

One of the oldest cities on the Arabian Peninsula, AlUla has been a place of artistic exchange for thousands of years, acting as a historic crossroads for successive civilisations. The region is being revived as a global destination for the arts through major collaborations with high profile artists, curators and institutions that will develop cross-cultural connections and drive creative change across the country.

Nora Aldabal, Executive Director, Arts and Creative Industries for Arts AlUla, says: “In homage to a heritage built by diverse cultural perspectives, Arts AlUla will present FAME: Andy Warhol in AlUla as part of a long-term vision of spectacular and multicultural arts initiatives. We aim to drive a new era of cultural exchange, including exhibitions that feature the most important regional and international artists from the mid 20th century to the present day.”

FAME: Andy Warhol in AlUla is curated by Patrick Moore, Director of The Andy Warhol Museum, which is one of the four internationally venerated Carnegie Museums of Pittsburgh.

The exhibition will feature Warhol’s paintings and prints of Hollywood stars, sporting legends and musicians - including Elizabeth Taylor, Muhammad Ali and Dolly Parton among others - alongside filmed portraits described as “screen tests” of 60s counter-culture icons. The installation will also include Andy Warhol designed wallpaper and Warhol’s ground-breaking work, Silver Clouds. The artworks will be accompanied by rarely seen archival photographs including Hollywood publicity photos and Polaroid portraits made in his studio and later utilised as source material for his paintings and prints.

The exhibition focuses on fame as a way of understanding Warhol as a person and the trajectory of his career. From his childhood in industrial Pittsburgh, Warhol gazed at Hollywood glamour and dreamed of escaping to be a part of that world. As Warhol achieved that dream, becoming one of the world’s most famous artists, he also came to understand that fame comes with many complications.

The concept of fame is alluring but also illusory, a reflection of our present-day experience of the world as human connections are transformed through new technologies and social media. Focusing in on the notion of celebrity, the exhibition draws a line between the artists’ reflections on society then, to contemporary culture, highlighting Warhol’s ongoing relevance to the next generation and new audiences.

The exhibition will be accompanied by a public programme of talks and a series of workshops. Masterclasses in screen printing and design will also offer an opportunity for local audiences and visitors to learn about the artist and his practice.

Moore says: “We are delighted to be collaborating with Arts AlUla on this exhibition, bringing some of Warhol’s most vibrant and iconic works to this monumental landscape. FAME is intended to be an introduction to the aspect of Warhol that I believe is most fascinating to many young people, including Saudi youth, as Andy Warhol’s journey, which started as a child staring at the movie screen and collecting publicity stills, is becoming more common through the rise of social media.

"FAME is an opportunity to further extend Warhol’s legacy by reaching new audiences through the display but also the talks programme and screen-printing workshops that will run in parallel."

Andy Warhol remains one of the world’s most famous and recognisable artists as a key figure within the pop culture movement that emerged in the 1960s - a period of significant change and transformation. 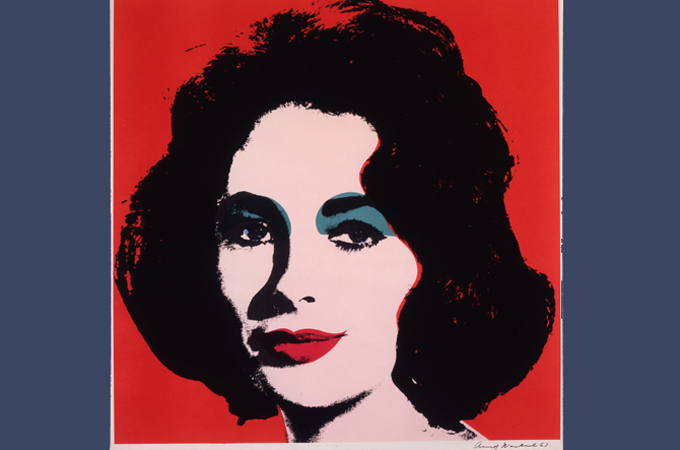 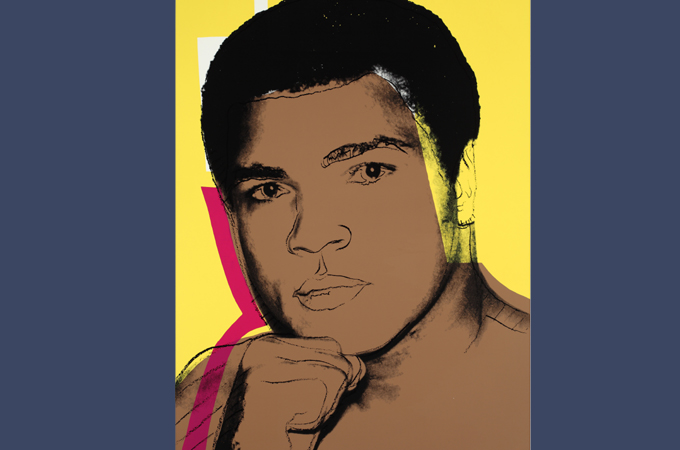