Two Abu Dhabi-based banks have announced a merger that would create the largest bank in the Middle East and North Africa (Mena) region.

The proposed merger of First Gulf Bank (FGB) and National Bank of Abu Dhabi (NBAD) will create a bank with the financial strength, expertise, and global network to support the UAE’s economic ambitions at home and drive the country’s growing international business relationships, the banks said in a statement.

The combined bank will be the largest bank in the Middle East and North Africa region, with AED642 billion ($175 billion) of assets and a combined market capitalisation of approximately AED106.9 billion ($29.1 billion), it said.

It will be the leading financial institution in the UAE, with a 26 per cent share of outstanding loans, and will operate an international network of branches and offices spanning 19 countries.

The merger is expected to become effective in the first quarter of 2017.

The merger will be executed through a share swap with FGB shareholders receiving 1.254 NBAD shares for each FGB share they hold.

Abdulhamid Saeed, Managing Director of FGB, will be its Chief Executive Officer.

Until the merger becomes effective, Andre Sayegh and Alex Thursby will continue to lead their banks independently as Group Chief Executive Officers of FGB and NBAD respectively.

Sheikh Tahnoon said: “The new, well-balanced bank will be an engine of UAE growth, driving further investment and economic diversification, and advancing the ambitions of entrepreneurs and the people they employ. The bank will have the strength and expertise to support the development of the UAE’s private sector, from SMEs to large companies gathering strength to expand beyond their national borders. It is well positioned to be the strategic banking partner to the government and its agencies.”

Alsowaidi said: "Now, more than ever, the UAE will benefit from a strong, financial partner with the capacity to meet new challenges, drive domestic growth, and support the country’s ever-greater connections to the global economy.  Expansion across fast growing emerging markets presents a vast business opportunity for our customers and for us, as a larger, stronger, combined bank. We will have the capital, expertise and international networks to be the preferred financial partner for anyone doing business along the West-East corridor. And, we will act as the primary link for businesses and governments that want to access regional and global capital markets.” 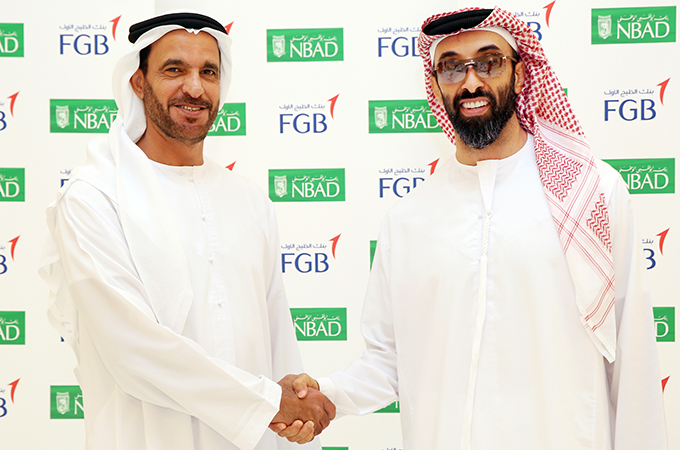