An extraordinary range of works of art, paintings, carpets and manuscripts was set to be auctioned by Christie’s in London in late October, demonstrating the global demand for and influence of Islamic culture and craftsmanship.

The auction titled Art of the Islamic and Indian Worlds including Oriental Rugs and Carpets covers works from the 9th through to the 20th century and from Spain in the East to India in the West.

Amongst the highlights is a rare and impressive Royal Anatolian Qur’an scroll, beautifully decorated and copied by a celebrated scribe for Ghiyath Al-Din Sultan Muhammad Ibn Sultan Eretna, the ruler of an Anatolian principality in AH 754/1353- 54AD. It measures over 15 metres long (51ft 7in) and is wonderfully illuminated throughout (estimate £200,000-£300,000 or $231,520 to $347,280).

The sale also includes a number of important and beautifully curated private collections with impeccable provenance across a number of different categories.

A wonderful private American collection of medieval Persian pottery all decorated with animals, A Lustrous Menagrie¸ which is led by a wonderful star-shaped tile decorated with a camel is part of the auction. The sale also features a good group of 17th century Safavid paintings, including a re-discovered work by the master artist Reza ‘Abbasi of a White-eared Bulbul (estimate £100,000 - £150,000).

The Indian section of the sale is highlighted by a collection of paintings demonstrating the best of the Mughal, Rajput, Deccani and Pahari schools from the scholar Professor Ludwig Habighorst. Other Indian works include a wonderful diamond-set and enamelled pandan, reputedly given as a gift from the Nizam of Hyderabad to Maharaja Ranjit Singh (estimate £250,000 - £350,000) and a folio from the St Petersburg Muraqqa’ which depicts a hunting party (estimate £300,000 - £500,000).

The Turkish section is led by a group of Iznik pottery from The Victor Adda Collection – a collector based in Alexandria in the early 20th  century, known for his keen eye and appreciation of beauty. The section also offers a number of beautiful manuscripts, and arms and armour including a large Ottoman tombak ceremonial shield (estimate £80,000 - £120,000). 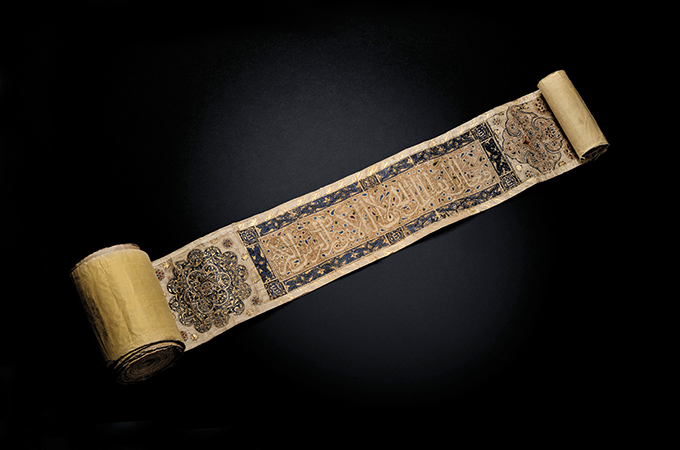 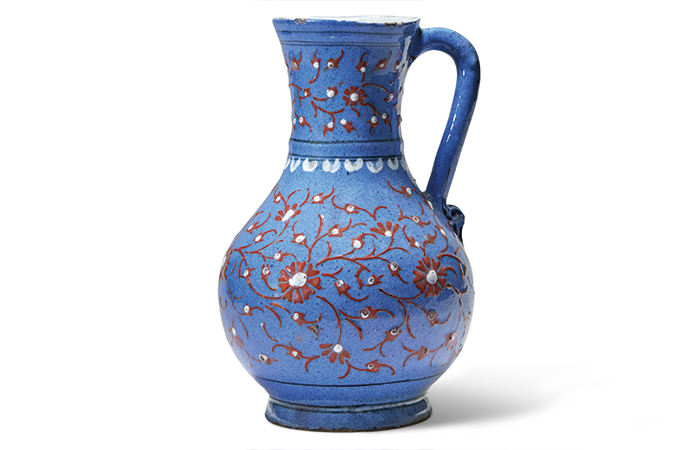