More than 100 delegations, 120 companies and around 100 aircraft will take part in the Bahrain International Airshow’s sixth edition. The airshow is a true platform that showcases the Kingdom’s ideal position as a gateway to the Gulf region and beyond, says Bahrain’s Minister of Transportation and Telecommunications, HE Mohamed bin Thamer AlKaabi, in an interview with Sree Bhat

Bahrain International Airshow (BIAS) is all set to return for its sixth edition, celebrating a decade of distinction, with an exciting programme of new features, industry-leading content, and a first-class networking experience with key regional decision-makers.

Held under the patronage of His Majesty King Hamad bin Isa Al Khalifa, and under the supervision of Shaikh Abdullah bin Hamad Al Khalifa, Personal Representative of His Majesty the King and Chairman of BIAS’ Supreme Organising Committee, the major aviation event will run from November 9 to 11 at the Sakhir Airbase.

Organised by Bahrain’s Ministry of Transportation and Telecommunications and the Royal Bahraini Airforce in association with Farnborough International, BIAS has been designed to reflect aerospace and defence industry demands and will harness global expertise to provide crucial thought leadership.

“This is a milestone year for BIAS, celebrating a decade of distinction since launching the airshow in 2010, and the show’s continued success is evidenced by the large number of international companies that return for each show,” says Bahrain’s Minister of Transportation and Telecommunications, HE Mohamed bin Thamer AlKaabi, in an exclusive interview with Arabian Knight.

Due to the nature of the show, which is designed as a boutique meeting place that brings together senior aerospace executives from the Gulf region and international companies, BIAS is a true platform to showcase Bahrain’s ideal position as a gateway to the Gulf region and beyond, AlKaabi explains.

With over 120 companies expected to exhibit across the defence, space, business and aviation sectors, the boutique aerospace event offers visitors the opportunity to strengthen existing business connections and meet with key global senior decision makers and stakeholders of aerospace businesses.

The industry’s top companies will be in attendance including Airbus, CFM, Leonardo, Lockheed Martin, and Israel Aerospace Industries, joining Rafael, Bell, Gulfstream and Roketsan as exhibitors. Exhibiting aircraft will be showcased in superb flying and static displays.

Offering one of the most internationally renowned aircraft displays on the airshow circuit, BIAS will also host an impressive static showcase and daily flying displays featuring the latest in both military jets and commercial aircraft. There will be around 100 aircraft in the static display.

The airshow will be a perfect showcase for the Kingdom’s growing capabilities and facilities that position it as a leading regional transport and logistics hub, says Minister AlKaabi.

Excerpts from the interview with HE Mohamed bin Thamer AlKaabi:

BIAS is being held after a gap of a few years due to Covid-19. How important is the show for Bahrain?

This is a milestone year for BIAS celebrating a decade of distinction since launching the airshow in 2010, and the show’s continued success is evidenced by the large number of international companies that return for each show.  We are especially pleased to be welcoming so many of the world’s leading names in aviation following a time that has been very challenging for the aviation industry.

The show directly aims to support the growth and development of the Kingdom’s transportation industry in general, and its aviation sector specifically. Moreover, because of the nature of our show, which is designed as a boutique meeting place that brings together senior aerospace executives from the Gulf region and international companies, BIAS is a true platform to showcase Bahrain’s ideal position as a gateway to the Gulf region and beyond.

How will the show help to project Bahrain as an aviation hub in the region?

The airshow provides a unique platform for enabling players from across Bahrain’s aviation value chain to engage with global peers and potential partners and showcase their developments and their competitive edge. All the major local aviation companies will be participating in the show, and it is the  first international aerospace industry gathering in the Kingdom since the launch of the new passenger terminal building at Bahrain International Airport and achievement of other significant milestones that are part of our larger Airport Modernisation Programme. Bringing the industry to the Kingdom to see this progress first-hand will no doubt be an important boost for the industry and a perfect showcase for the Kingdom’s fast-growing capabilities and facilities that position it as a leading regional transport and logistics hub.

Bahrain has built a custom-made facility at Sakhir Airbase for the show. Any expansion/improvement to the show halls/facilities this year?

The design of the show at conception was built on a clear vision of delivering a one-of-a-kind five-star boutique experience for the international industry’s decision makers. The focus has always been on delivering a quality show, where companies can expect true business value which they can enjoy year after year.

To ensure that we deliver on this promise, we have undertaken a major refurbishment project and all the chalets’ interiors have been completely redone to uphold the five-star experience. In addition, we have changed the flow of the show; the entrance to the show has been redesigned to attract maximum footfall and optimise visitor interaction with participating exhibitors.  All visitors will now enter the show via the expanded exhibition hall, securing high visibility for exhibitors and ensuring a more people-centric approach.

Spanning an area of 14,000 sq m, the exhibition hall repurposes the hangar at the Sakhir Air Base into a showcase of the latest products and technologies in the aviation industry, serving as a marketplace where buyers and sellers can come together.  This hall also includes several country pavilions, such that visitors can conveniently meet numerous industry players who operate in the respective countries.

What are the challenges in hosting a show of this magnitude in Bahrain and how satisfied are you with the participation in the show, especially of global companies?

Organising an event of this size is indeed a challenge but it’s also such an enormous opportunity to promote the Kingdom’s aviation sector and the dynamic companies within it. We’re delighted with the response from the local and global industry once again this year, especially after the very tumultuous last few years for the aviation industry.

We believe that their decisions to participate in BIAS 2022 is testament to the value they obtain from the show.  We’re expecting over 100 delegations, around 120 companies for the event’s exhibition, and around 100 or so aircraft in the static display. This is similar to our pre-Covid numbers and is a very positive signal that the market is on an upwards trajectory.

What are some of the key content/ features of the show? What's new at the show this year?

We have an engaging and interactive three-day calendar of events lined up. As in past years, there will be strong opportunities for networking and business development, a one-of-a-kind exhibition showcasing the latest aircraft, technologies, and innovation from across the global aerospace industry, as well as a two-day forum programme that will feature a series of high-level discussions with global experts talking about key industry trends in Airports and Airlines, Cargo and Logistics, Women in Aerospace and Space.

Also, for the first time this year, we have a dedicated Education Hub in the exhibition hall for universities and students, giving them exposure to the global industry and enabling them to showcase their qualifications and build networks with future employers.

The world-famous Red Arrows will also be flying at the show for the first time, so we have a lot of exciting new features on offer this year.

The show is expected to bring high-level VIP decision-makers. How will Bahrain aim to channel this networking opportunity to investments in its aerospace industry?

BIAS has been designed specifically to bring the global aviation community together to promote Bahrain’s well-integrated transportation network and to showcase investment opportunities across logistics, cargo, aviation and space. All local aviation stakeholders in Bahrain will be present at the show from across the public and private sectors, giving them a unique collective opportunity to attract potential investors and partners.

Moreover, our delegation programme ensures that the region’s top executives all attend the show, giving international companies who wish to set up their operations in the region a unique networking opportunity with the aim of attracting them to use Bahrain as their operations hub.  As in past years, we fully expect strong global interest and uptake of these opportunities. 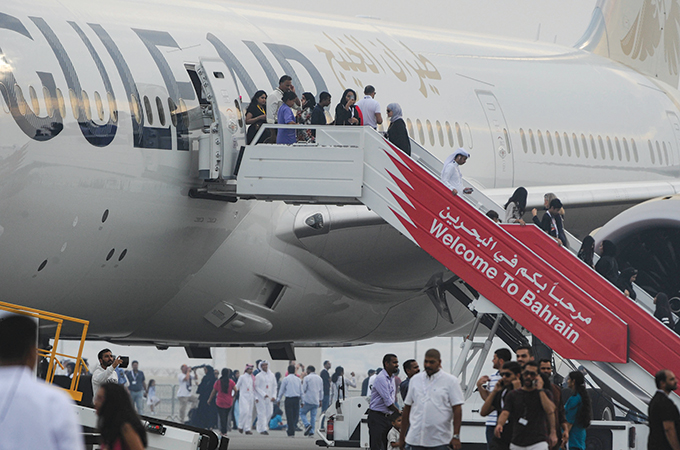 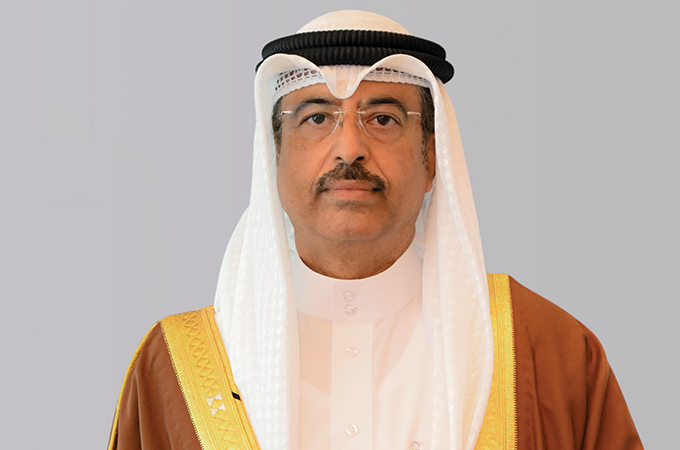 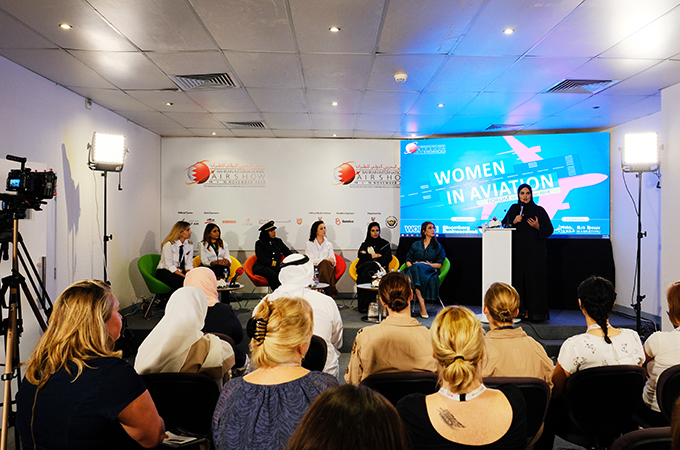 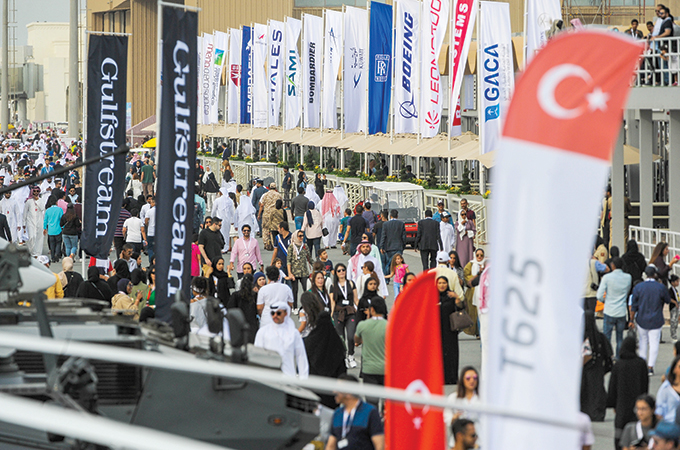 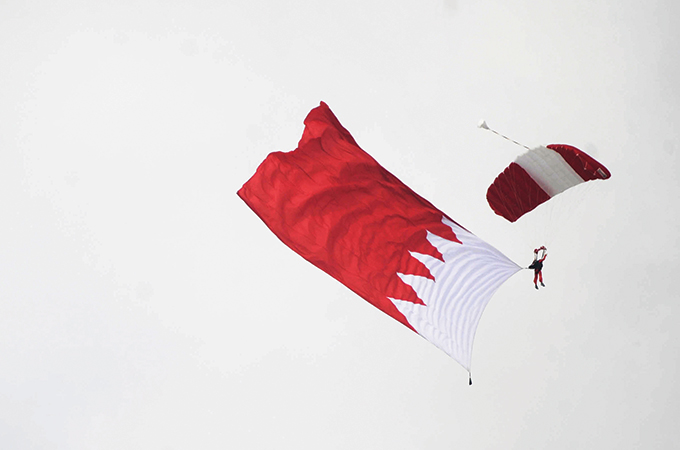 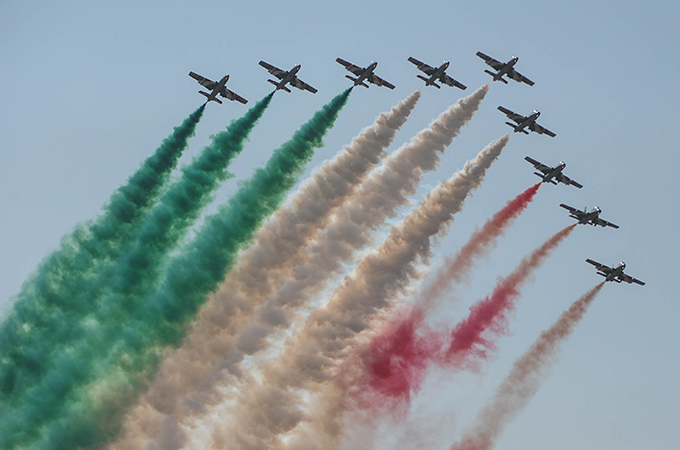 "
“This is a milestone year for BIAS, celebrating a decade of distinction since launching the airshow in 2010, and the show’s continued success is evidenced by the large number of international companies that return for each show”