A new exhibition featuring some of Bahrain’s finest artists made its debut yesterday at the Victoria and Albert Museum in London, UK.

As many as 40 unique artworks were unveiled during the private launch reception held at the museum in the presence of Sheikh Fawaz, British MP and Secretary of State for Culture, Media and Sport John Whittingdale, Fahad Albinali, the Deputy Head of Mission at Bahrain's embassy in London, and Tamkeen Chief Executive Dr Ebrahim Mohammed Janahi.

Celebrating Bahrain’s topography, rich culture and traditions, the London collection has been inspired by the first batch of 17 artists of the BAAB initiative.

The event also saw the launch of an art catalogue featuring all the artists, their profiles and their respective artworks displayed in London.

Dr Janahi stated: “Art and Culture form the cornerstone of any country’s identity and heritage. It also plays a key role in driving forward economic activity, especially as it is one of the primary gateways for anyone who deals with a country. It not only plays a key role in encouraging tourism, but also assists in enhancing a country’s visibility and reach to a wider global audience. As such, Tamkeen, which is a semi-government organisation that seeks to contribute towards making Bahrain’s private sector the key driver of economic growth, is proud to be supporting this initiative which provides a group of hard-working, talented artists, who demonstrated entrepreneurial spirit and a desire to grow and develop, to reach markets beyond Bahrain and showcase their unique art collections to a multinational audience.”

BAAB’s London portfolio reflects the strength, originality and tradition of the Bahraini identity through various forms of visual art, such as painting, sculpture and photography, and depicts a range of inspirations from the Arabian horse and its historic place in traditional Arab culture, to ultra-sound scans, religious iconography, and the art of tea. The inaugural group of BAAB artists representing the kingdom in London comprises both established names in the Bahraini art scene as well as emerging talent, with a predominant female presence that throws light on the growing influence of women artists in the Arab world.

Kaneka Subberwal, Founder of Art Select (a brand of Art and Spice), commented, “Bahrain is renowned for its rich history, culture and heritage and this is further manifested in its creative talent. BAAB London is an ideal platform for our Bahraini artists to showcase their vision to a global audience and link them to art collectors and enthusiasts from across the word. The high-profile venues we have secured ensure this objective is fulfilled. We are very pleased with what we have achieved so far through the BAAB initiative with the support of our partners Tamkeen; it is a proud moment for us to be showcasing this side of Bahrain to the world, especially with a display of such a worthy collection. The exposure that the BAAB initiative offers artists is instrumental in stimulating activity in the local arts scene and further position the country as a prime centre for art investment on the world map”.

The exhibition will be relocated to Gallery 8 from tomorrow where it will stay for 9 days, until June 4, 2016. Gallery 8 is a newly refurbished gallery space housing prominent art talent and is situated in central London, a stone’s throw from international auction houses Christie's and Sotheby's and a short walk from both Green Park and Piccadilly Circus tube stations.

Hamed Al-Bosta, one of the selected BAAB artists, says: “BAAB has given us an opportunity to become visible in one of the most important art destination worldwide and I would like to thank everyone involved in this project. The London participants represent a cross-section of the Bahraini art movement made up of different generations of artist, fields and styles.”

An extensive programme has been developed for the artists during their stay in London giving them full exposure to the capital’s bustling arts scene, with activities including visits to prominent galleries, museums and art centres such as the Barbican Art Centre and Tate Modern; behind-the-scene tours of reputed auction houses in the likes of Christie’s and Sotheby’s; and a public panel discussion on Art and Globalisation at the Arab British Chamber of Commerce chaired by international industry experts with BAAB’s Ghada Kunji, Jamal Rahim and Ghassan Muhsen as guest speakers.

“This is the first time such a large number of artists from the Kingdom of Bahrain will be showcasing their work jointly in London, considered to be one of the most important art capitals of the world. I am confident this ambitious art exhibition will leave a very positive impression of the art movement from one of the oldest human civilizations, Delmon. I wish all my fellow participants and the BAAB project the best of luck”, commented artist Ghassan Muhsen.

Tamkeen is a semi-government organisation contributing towards making Bahrain’s private sector the key driver of economic growth by providing financial, advisory and training support to Bahraini businesses and individuals.

BAAB London 2016 is the first in a planned series of annual international exhibitions to showcase Bahrain’s most talented artists. Each year BAAB aims to select prominent creative talent in the Kingdom and provide them with the opportunity to exhibit their works in reputed venues across major cities in the world, including galleries and museums. 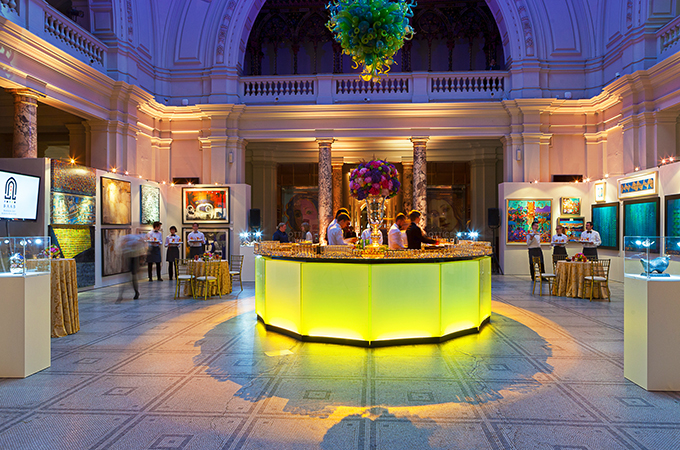 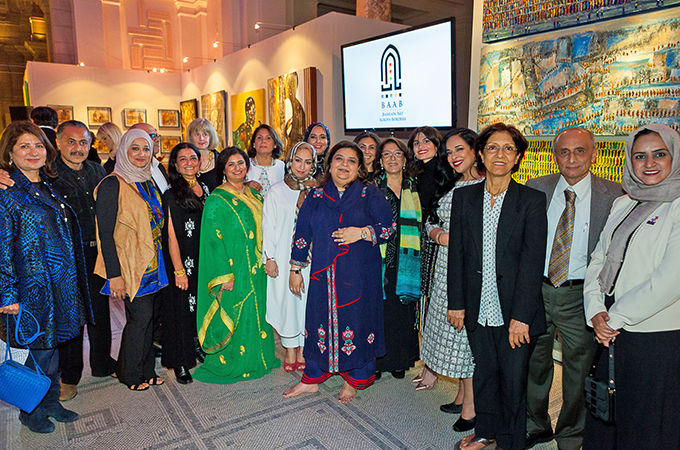