A rare Aston Martin race car that starred on the track as well as the silver screen could fetch close to $10 million in an auction next month.

Chassis number DB3S/5, which was used by such legendary racing drivers as Sir Stirling Moss, Peter Collins and Roy Salvadori, and latterly went on to co-star with Terry-Thomas in the 1960s movie classic School for Scoundrels, will be offered at Bonhams’ Aston Martin Works Sale on May 21, 2016.

Aston Martin also built a number of DB3S models for the Works racing team. Following a severe set-back during the 1954 Le Mans 24-hour race, when three of the cars were destroyed in a series of crashes, the Aston Martin Competitions Department commandeered David Brown’s personal DB3S - chassis 5 now offered here - to replace one of the wrecked vehicles, changing its use from high-performance road car, to frontline Works Team race car.

The DB3S originally featured experimental glass fibre bodywork, which was the height of cutting-edge technology for the period. However, after Brown handed it over to the Works team, it was given an aluminum body-shell and upgraded to full Works specification. It never returned to Brown’s personal ownership, and instead went on to be raced by some of the most daring drivers of the time, in some of the motor sporting world’s most prestigious races.

“Few cars that have appeared in film can also boast an association with so many great names from the heyday of the British racing sports car, but this Aston Martin DB3S does just that,” said Tim Schofield, Bonhams UK Head Motoring. “Drivers who raced it include such legends as Peter Collins, Roy Salvadori, and Sir Stirling Moss, competing at world-class level in such gruelling races as the Mille Miglia, the Spa Grand Prix and the Nürburgring 1,000 kms.”

The Aston Martin DB3S later starred in the 1960s British comedy School for Scoundrels, in which Ian Carmichael battled with caddish (but much loved) Terry-Thomas for the affections of Janette Scott. The movie is a classic tale of one-upmanship, and its plot features several notable vehicles, such as the Swiftmobile, which was in reality a 1928 Bentley 4½-Litre Open Tourer in disguise, an ex-Works Austin-Healey 100-Six, and the car driven by Terry-Thomas, named the ‘Bellini’, which was none other than this DB3S.

Bonhams, founded in 1793, is one of the world's largest auctioneers of fine art and antiques. Today, the auction house offers more sales than any of its rivals. The main salerooms are in London, New York and Hong Kong. Sales are also held in the UK in Knightsbridge and Edinburgh; in the US, in San Francisco and Los Angeles; in Europe, in Paris and Stuttgart and in Sydney, Australia. Bonhams also has a worldwide network of offices and regional representatives in 25 countries offering sales advice and valuation services in 60 specialist areas. 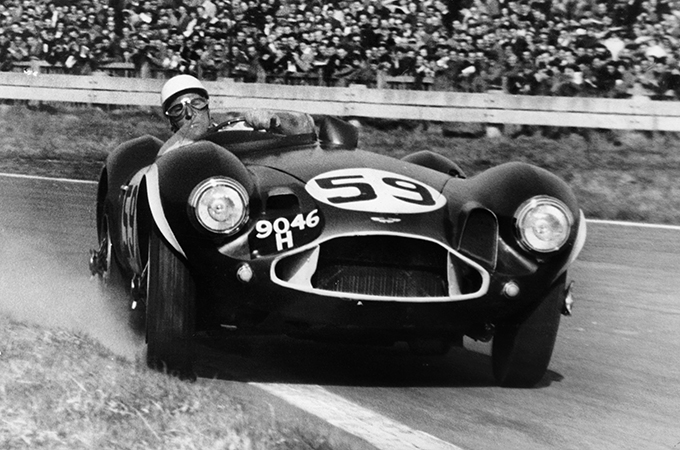 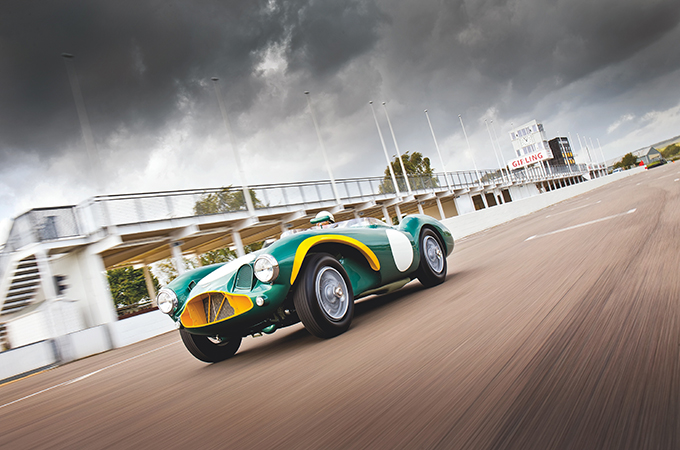