London and New York are the most favoured real estate destinations for wealthy Emiratis, who remain unperturbed about investing overseas despite global economic uncertainty, a report has revealed.

London has historically been an investment magnet for high-net worth individuals (HNWIs) in the Middle East and now New York too has emerged as their favourite property market outside the region, according to real estate consultancy Cluttons.

Within the region, Dubai remains the most preferred location for property investment, stated Cluttons in its '2016 Middle East Private Capital Survey' conducted in partnership with YouGov to investigate investment trends and of the Gulf HNWIs who either have made or intend to make an investment of $1 million or more in international property.

The interesting part is that despite global economic volatility over the past year, which contributed to multiple downward revisions for growth forecasts, investment appetite among the UAE's HNWIs does not appear to be dented with 61 per cent confirming that they would most likely invest in their top target city during 2016, said a top official.

"The strength of the US dollar, to which the UAE retains a fixed peg, has certainly contributed to the strong appetite for global property investments, particularly in the face of mute local and international economic conditions, which have been traditional triggers for capital flight to perceived investment safe havens," remarked Steven Morgan, the chief executive of Cluttons Middle East.

According to the report, London has been an investment destination for Gulf buyers for many years, a trend which is expected to continue, with growth of average residential property prices expected to reach the 2.5 to three per cent mark for prime Central London as a whole in 2016.

Cluttons data also shows that, whilst residential property remains the most attractive investment asset for the Emiratis, interest in commercial property continues to remain strong with 22 per cent of these HNWIs surveyed indicating a preference for offices as an investment class.

Faisal Durrani, the head of research at Cluttons, said: "Despite tightening yields in London’s office sector, which currently stand at 4.8 per cent in Central London, when compared to office yields of circa seven to 10 per cent in Dubai, contract strengths play a significant role in driving inward investment into London’s office market."

"Whilst lease terms in Dubai are typically between one to five years, lease lengths for London offices generally start at five years and often continue up to as long as 15 years, offering the security of a longer tenure," explained Durrani.

"Moreover, the availability of investment grade stock is far more abundant in London than it is in Dubai. However, this appears to be changing slowly, with the sale of the Standard Chartered building in Downtown Dubai as a recent example," he added.

According to Cluttons, the UAE's HNWI respondents reported that locations within the Middle East too remain among their top three investment targets over the next 12 months, with Dubai and Abu Dhabi being the most popular locations.

"About 30 per cent of UAE HNWI investors name Dubai in their top three most preferred cities, followed by Abu Dhabi at 23 per cent," stated Durrani. 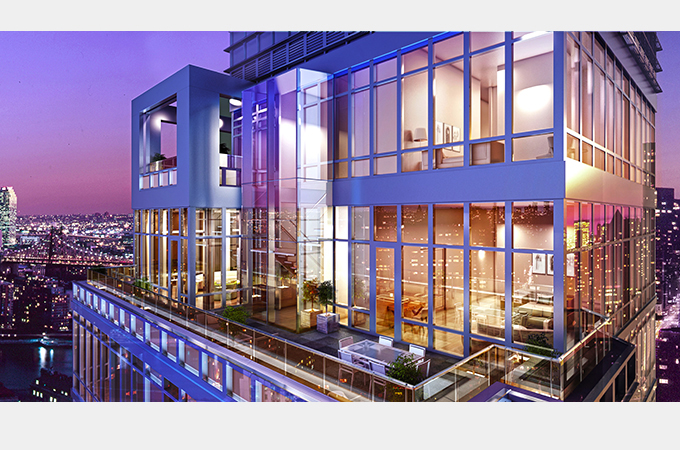