RM Sotheby’s is bringing to auction what is dubbed as the “best Ferrari ever built” and arguably one of the most significant Ferraris offered at auction, the 1955 Ferrari 410 Sport Spider by Scaglietti.

The American sports car racing scene of the 1950s was a time like no other, when fiercely independent, deep-pocketed men could acquire ex-factory racecars and campaign them with some of history’s most legendary drivers. Admirably pure in its essence, this was a golden era of racing that fielded some of the decade’s most beautifully sculpted and ferociously specified competition machines.

One of the most significant purpose-built Ferrari “big block” sports-racing prototypes from the 1950s, this 1955 Ferrari 410 Sport Spider by Scaglietti is one of just two factory-campaigned 410 Sports equipped with a 24-spark plug 4.9-liter V-12 and is one of a select few Ferrari models with coachwork both designed and built by Sergio Scaglietti.

0598 CM was the Scuderia Ferrari team car driven by Juan Manuel Fangio at the 1956 1000 KM Buenos Aires and later piloted by Carroll Shelby during his landmark 1956 and 1957 seasons when driving for the renowned Southern California-based team principal John Edgar. Shelby won more races as a driver in 0598 CM than any other car in his racing career, with eight wins and ten podium finishes. There seemed to be no race it could not win as Shelby told a Los Angeles Times reporter, “Nothing can touch this Ferrari if it runs” and decades later he added, “It was the best Ferrari I ever drove.”

Also raced in-period by legendary drivers Phil Hill, Eugenio Castellotti, Masten Gregory, Richie Ginther, Joakim Bonnier, Bruce Kessler, Jim Rathmann, and Chuck Daigh, 0598 CM is, without exaggeration, one of the most important and colourful Ferraris to compete in racing during the 1950s. It is among the most successful of all even-numbered sports-racing Ferraris, entering nearly 40 races in-period with 11 victories and 19 total podium finishes from 1956-1958.

As it remains a highly original example retaining the matching-numbers engine, chassis, and body, and fitted with the original fuel tank inscribed by Shelby, “Mr Ferrari told me that this was the best Ferrari he ever built,” this example offers an unparalleled opportunity to acquire a purpose-built, even chassis-numbered racing sports car of unequaled provenance.

Faithfully presented in its period livery and desirably maintained, including the recent engine rebuild by a team of Ferrari experts, this 410 Sport can expect an enthusiastic welcome at the most exclusive vintage racing and exhibition events worldwide and will go to its new owners with the first (1956) and last (1958) trophies won by Shelby driving 0598 CM, along with the original 1957 Nassau racing license plate. 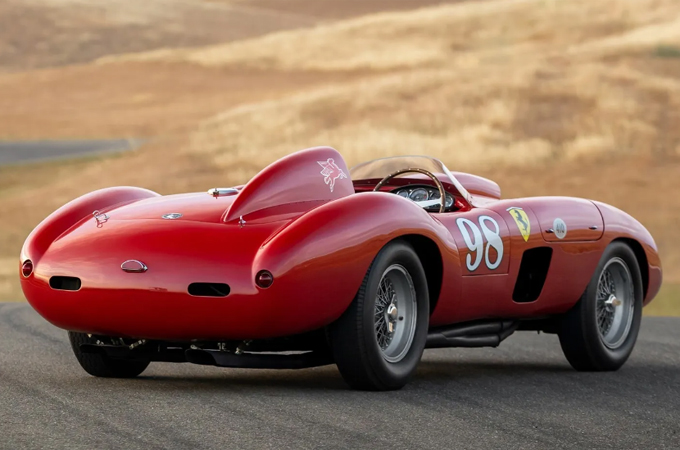 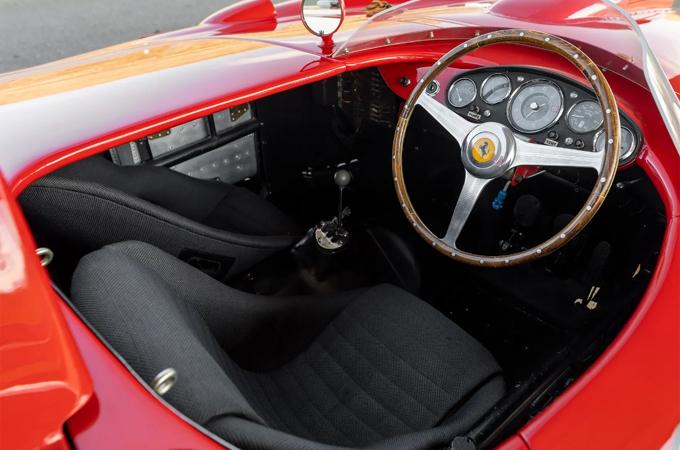 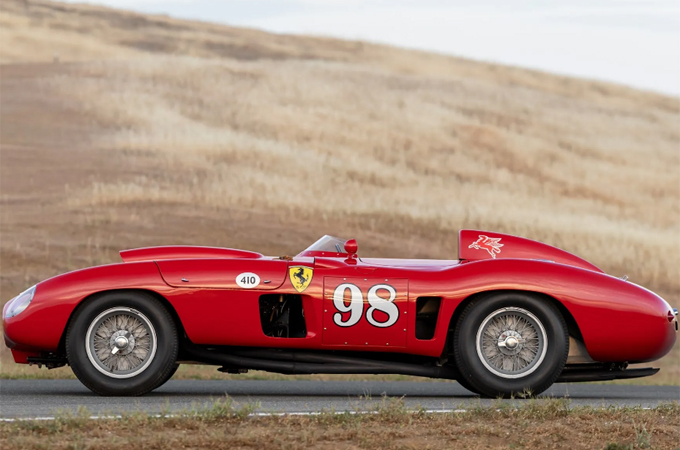 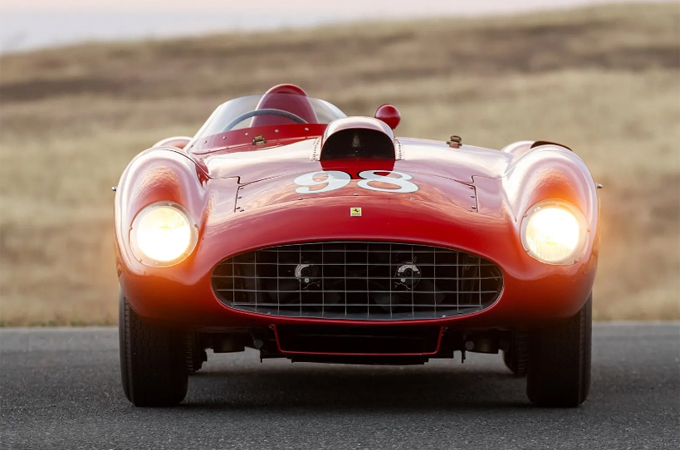