The Qatar International Boat Show (QIBS) has grown in size and stature with leading bands such as Lurssen, Palmer Johnson, Blohm and Voss, and Esen Yacht headed out for the event, which will be held in the capital Doha’s premier marina next month.

Arabian Knight caught up with Faysal Mikati, the Vice President of Snowcomms and chief organiser of the event, to find out how the fledgling show has grown since its launch last year…


How is the second edition shaping up?

We are very excited about QIBS 2014. After the success of the first ever boat show in Qatar last year, we have doubled the size of the show this year. The number of local companies participating in this year's edition has increased three-fold.

QIBS 2014 will also feature new international companies such as Lurssen, Y.CO, Blohm+Voss, Prestige and Palmer Johnson  taking part for the first time, in addition to some 22 world-famous companies that have also enrolled.

An important new feature is the additional water display areas, which the marina management has expanded to reach 48 berths. Dredging works were completed to increase the depth by 1.5 m in order to accommodate 45-m yachts and allocate berths for them. Lusail Marina will soon introduce refuelling services via a highly advanced fueling station. We also have a much improved layout and a new luxury section this year to make the show a truly luxury lifestyle event.


How does QIBS help the local marine industry in Qatar?

QIBS has raised the profile of the country on the international boat show circuit as well as helping the local marine industry. This year we will have more locally manufactured boats displayed alongside their international counterparts.

An increased number of local companies are interested in the manufacture of yachts and speed boats as Qatar has the basic elements for manufacturing. The investment opportunities in this sector have noticeably grown since the first edition last year. In addition to this, we are seeing growth in the marine services industry as well.

We expect to see the launch of mandatory licences to operate motorboats and yachts as part of wider regulations of the industry in Qatar very soon.

Qatar is also laying the foundation to create a well-distinguished future for the industry. Part of the old Doha port will be assigned as a harbor for boats and yachts. This move will make it possible to accommodate yachts of 30 to 50 m in size and cruise ships. The completion of other planned major projects such as tourist complexes and new berths will help the industry flourish in Qatar. This will help the waterfronts of Qatar become tourist and economic destinations. Qatar has one of the world's best reefs suited for diving, according to the standards laid by PADI (Professional Association of Diving Instructors). All these factors will help create an environment which is suited for both tourism and boats industries, supporting the local economy.


How challenging was it to organise the event?

As a newcomer to the prestigious international boat show calendar, it was been daunting to get Qatar on the map.

We are proud to have strong local government and corporate support to enable us to put on an event of international standards, including the Qatar Tourism Authority, Ministry of Interior-Coast Guards, Ministry of Transport and Ministry of Economy and Commerce.

We have attracted high-profile local support with brands like Masraf Al Rayan as the show’s official bank sponsor; Ooredoo as official communications sponsor; Lusail City, Qatari Diar – the venue for QIBS; Katara Hospitality’s Murweb Hotel as official hospitality partner; and Qatar Airways as the official carrier for the show.

After the success of last year, we are now oversubscribed with exhibitors wanting to participate at QIBS 2014. We have a team of experts and we work closely with our exhibitors and sponsors. So I’m confident that we will produce great results again.


Tell us about the international exhibitors

Sixty per cent of all exhibitors are world-renowned international companies with excellent reputations in manufacturing yachts, boats and maritime supplies. These include 22 companies that are involved in manufacturing yachts and boats from countries including US, Germany, France, England, Italy and Holland as well as four Arab countries: Kuwait, UAE, Bahrain and Egypt. These international companies have become QIBS world-wide ambassadors.

Six shipyards will be exhibiting for the first time: Palmer Johnson from the US, Blohm and Voss from Germany, Esen Yacht from Turkey, Grupo per Mare Amer Yachts from Italy, Al Shaali Marine from the UAE, and Emirates Waves also from the UAE, which will also be exhibiting one of the largest yachts in the show this year, at 130 ft in length.

Many exhibitors who were present in the first edition are attending once again including Sunseeker, Azimut and SeaRay, Cranchi, Majesty Yachts, Princess Yachts, Benetti, a brand of Azimut Benneti Group, Lagoon, Ferreti Group, Cigarette 1, Quicksilver and Rinker Boats and Sunreef Yachts.

Qatar International Boat Show will take place from November 11 to 15 at the Lusail Marina in Doha from 3 pm to 9.30 pm daily.

The first day is a VIP opening and media day and is not open to the public. 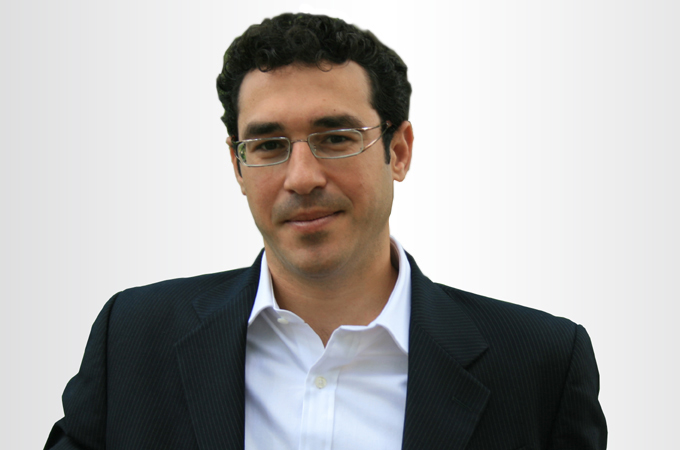