Gulf Craft’s flagship superyacht and the world’s largest composite-built superyacht, the Majesty 175, a masterpiece made in the UAE, has created waves at the recently concluded Monaco Yacht Show.

Gulf Craft, a fully-integrated boat and yacht manufacturer, has solidified its position as the maker of composite superyachts at the show, putting the spotlight on the Majesty 175. This comes close on the heels of Majesty 175 winning the ‘Revelation of the Year’ honour at the prestigious World Yacht Trophies, held as part of the Cannes Yachting Festival 2021.

The company hosted a panel discussion at the Monaco Yacht Club where Gulf Craft Chairman Mohammed Hussein Alshaali highlighted the benefits of composite yachts, including ease of maintenance and ability to navigate shallow waters.

Alshaali also shared his inspiration and vision for the Majesty 175, which was built in less than four years and will soon be handed over to her owner. Highlighting the performance of the superyacht, he said that as a mariner himself he paid close attention to detail.

“We are superyacht professionals and perfectionists. Going the extra mile is deeply ingrained in our DNA. The success of a yacht depends on the attention paid to details; I have spent a considerable amount of time looking at every aspect of the construction of Majesty 175.”

During the discussion, Redmayne highlighted how the Majesty 175 has been a game-changer, and its relevance to the industry, given the rising cost of steel and aluminium.

He said: “The potential of composite production superyachts will be realised in the coming years, as more customers will demand it, over conventional hull materials, when they and their advisors understand the real benefits.

“This shift is strategic and well-timed, given the new trends in the industry. The younger generation of yacht owners are exploring newer horizons, and they don’t want to have limitations and want new levels of efficiency.”

The Majesty 175 has a gross tonnage of 780 and its stand-out features include a 5-metre infinity pool at the forward deck and a hybrid sky-lounge that can be converted to an open sun deck. The pool has a swim-jet system that creates a constant current of water. The smart layout accommodates seven lavish staterooms and can host a crew of up to 10 members with six large crew cabins and a private captain accommodation. Electricity supply comes from 175 kW Kohler generators and two pairs of TRAC fin stabilisers. Safety features include a Solas rescue boat and an emergency generator. With the full speed of 16.5 knots and cruising speed of 10 knots, Majesty 175 has a range of 4,000 nautical miles, making her a transoceanic vessel. 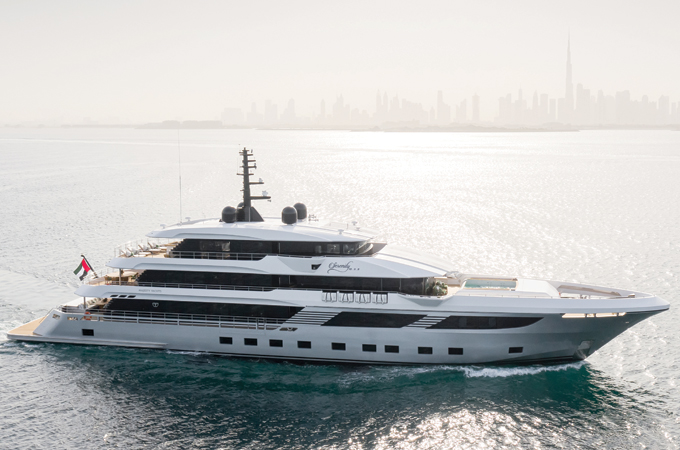 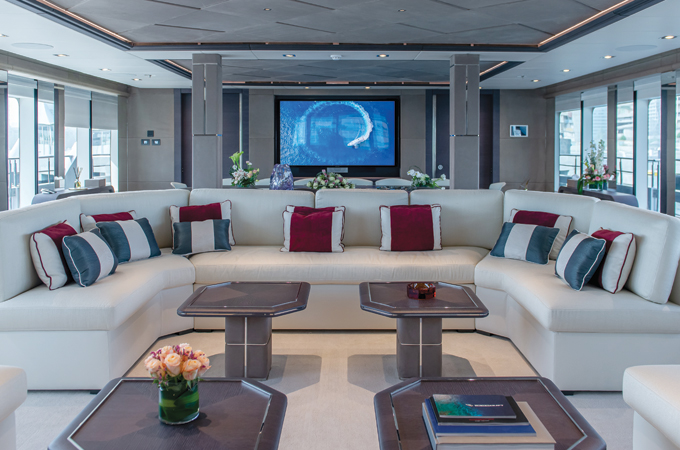 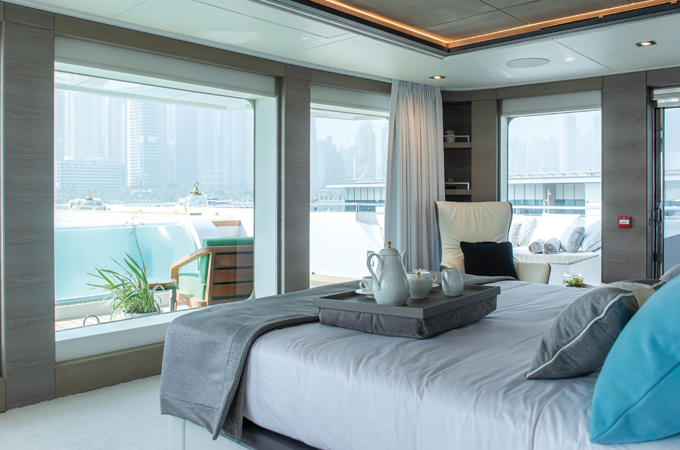 "
Majesty 175 is seen as a game-changer. She can effortlessly cruise low-draft areas as she is built using advanced composite materials such as carbon fibre and vinyl ester. This enables close beach access, a key consideration for many marine lifestyle enthusiasts.