Airbus has launched a new VIP cabin concept for one of its corporate jets, offering a faster and more affordable way to the greater capacity, capability and comfort of a widebody for both private and government customers.

Called Summit, the concept features a VIP section at the front of the cabin and airline-style seating at the rear.

The concept is being revealed at the annual National Business Aviation Association (NBAA) Convention & Exhibition in the US, which opens today in Orlando, Florida.

“What most customers want in a widebody is the ability to carry more people and to fly them nonstop to the world, “ points out Airbus Chief Operating Officer, Customers, John Leahy. “The ACJ330 Summit delivers the greater capacity, comfort, and capability of a widebody, and will do so faster and more affordably than competitors, by using a modern and proven solution.”

The ACJ330 Summit features a bedroom with ensuite bathroom at the front, followed by an office, a conference and dining room and a working area, and then airline-style first-class and economy seating at the rear.

Airbus’s A330 is one of the world’s most successful airliners, and is currently produced at a rate of 10 a month. The A330 and A340 were launched as a joint programme and have won more than 1,700 orders to date.

The A330 is said to achieve a robust reliability of better than 99 per cent, and is in service as freighter and mult-role tanker transport (MRTT) versions as well as with airlines and private customers. 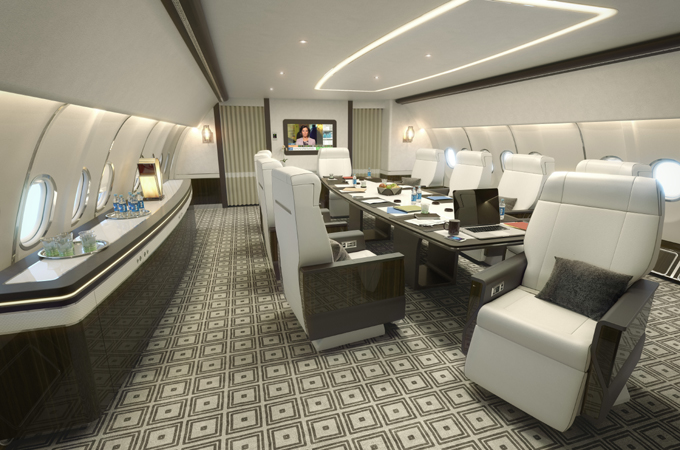