Embraer Executive Jets will exhibit its full aircraft portfolio at the National Business Aviation Association (NBAA) Convention and Exhibition, which will be held in Orlando in the US from October 21 to 23.

This will be the first time that the Company will showcase all seven aircraft on static display, including a prototype of the Legacy 450 mid-light jet, which is expected to be certified in mid-2015.

“We are thrilled to bring the Legacy 450 to NBAA alongside the Legacy 500, which was delivered to the first customer last week,” says Marco Túlio Pellegrini, President and CEO, Embraer Executive Jets.

The portfolio of Embraer Executive Jets will be on static display at Orlando Executive Airport, exhibit 655.

Brazil’s Embraer is one of the world’s leading executive jet manufacturers, having entered the business aviation market in 2000 with the Legacy jet, which led to the launch of Embraer Executive Jets in 2005. Its portfolio, the broadest in the market, consists of the entry-level Phenom 100E and the Phenom 300 light jet, the Legacy 500 midsize and Legacy 450 mid-light, the super midsize Legacy 600 and large Legacy 650, and the ultra-large Lineage 1000E. Embraer Executive Jets has a fleet of about 800 aircraft in more than 50 countries, supported by a global network of close to 75 owned and authorised service centres, and parts distribution centers, backed by a 24/7 global customer contact centre. 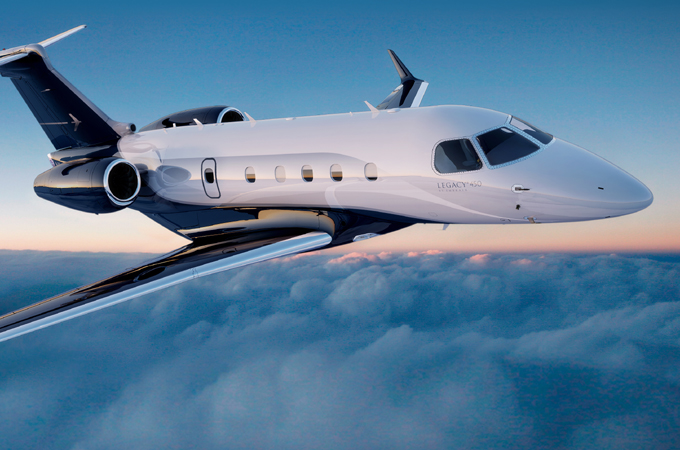