Gemfields is further enhancing responsible sourcing in the coloured gemstone sector by launching the Gemfields Foundation, a charitable vessel to facilitate a greater number of activations in sub-Saharan Africa that are designed to benefit both communities and conservation.

The move comes in response to increasing demand from prospective donors. A decade into operating mines in Africa, Gemfields has received numerous approaches from visitors expressing their interest in actively becoming involved in the communities they have visited, said a statement.

Over the years, Gemfields has facilitated several charitable initiatives requested by third parties and has provided both expertise and management to bring them to life alongside its core business activities. Examples include a new classroom block for the Chapula primary school in Zambia, funded by a private individual and further extended by Gemfields in later years.

To date, the foundation has facilitated the gifting of footballs to primary school pupils and the creation of a toilet block at the Kapila primary school with generously donated funds from private individuals.

With the launch of the foundation, Gemfields is providing a formal mechanism by which to manage and scale-up new projects aimed at alleviating poverty in host communities and furthering vital conservation efforts in sub-Saharan Africa.

Gemfields Foundation is a UK registered charity that functions quite unlike most charities: 100% of donor funds are directed, in full, to the underlying charitable projects. All overhead, administration, travel and management costs are borne fully by Gemfields Limited and its subsidiary companies. The result is a charitable endeavour that enjoys, at no cost to donors, excellent in-country experience, personnel, infrastructure, support and community liaison teams, uniquely positioning Gemfields Foundation to deliver impactful projects in a highly efficient and timely fashion.

The foundation is governed by an international board of seven trustees. The board is chaired by private wealth and family office executive Philippe Lamblin, who first experienced Africa in postings with the French Foreign Legion, realising he held a desire to help the local population in an efficient way during frequent visits to Chad. Singapore-based Richa Goyal Sikri is a business strategist, journalist, gem enthusiast and curator of related travel experiences. She is particularly enthusiastic about projects that provide education and financial independence to women, as well as those that generate employment and effective education. Chairman of Kagem Mining Limited, Dr Sixtus Mulenga’s family business built a school in the Chililabombwe District on the Copperbelt Province in Zambia which offers scholarships to orphans and has been running for 22 years. Chairman of Montepuez Ruby Mining, Samora Machel Jr. is a passionate supporter of community engagement and livelihoods projects. Recognising that for Mozambicans the key to economic empowerment and better livelihoods is through education and access to knowledge, he has given his full support to the programme of community projects funded by MRM and wishes to accelerate these with the Gemfields Foundation. Gemfields’ CEO, Sean Gilbertson, its Director of Sustainability, Policy & Risk, Jack Cunningham and Director of Marketing & Communications (and Gemfields Foundation Managing Director), Emily Dungey, complete the trustee line up.

“Having seen first-hand the difference Gemfields’ community projects have made to people’s lives and having witnessed the depletion of African wildlife within my own lifetime, it is clear that more must be done. Gemfields’ team has proven on-the-ground expertise in complex projects, and in offering up this skill-base, coupled with a commitment to cover overheads and managerial cost, our Foundation presents a unique opportunity for passionate donors. It is an honour to join forces with such dedicated and knowledgeable trustees to scale and accelerate our activations, bringing greater benefit to communities and conservation in Africa.” Emily Dungey, Managing Director, Gemfields Foundation.

The newly launched foundation will run alongside Gemfields’ community projects in the fields of health, education and livelihoods. These areas have been prioritised as key drivers to instigate significant development for local communities, and projects implemented directly by Gemfields and its subsidiary companies to date include:

• The Vocational Training Centre in Mozambique, built by Gemfields, was consolidated in partnership with The Government Professional Training Institute “IFPELAC”. It is training 2,100 local villagers, both men and women, in skills such as masonry, plumbing and carpentry. On course completion, trainees will be equipped for ongoing employment, thereby contributing towards building the regional and national economy, and creating successful, self-reliant communities. The second cohort’s training is now well underway.

• The first mobile health clinic in Montepuez, Mozambique, was introduced in March 2017 and the second in May 2018. Both are now serving 10 villages in and around our Montepuez concession, far from the Namanhumbir Health Centre. Access to medical services here is extremely limited, with preventive care beyond the reach of most people. More than 125,000 consultations have been hosted by the mobile clinics to August 2020, including screening of diseases, vaccination and a deworming programme for children. The vehicles contain malaria, gastro-intestinal and HIV/AIDs testing equipment.

• Partnering with over 400 farmers in different Mozambican villages across 7 associations since 2017, agricultural cooperates provide individuals with training and financial support to help move them away from subsistence farming to a more sustainable and lucrative conservation technique.

• Since 2016, Gemfields has provided support to the Zambian Carnivore Programme, including projects in the nearby Kafue and South Luangwa national parks, both of which are home to large numbers of lions, cheetahs and wild dogs. Gemfields provides satellite collars for the lions, tracking their locations to identify when the pride may have come into contact with snares or poachers. Every collared animal is visited once a week, ensuring their safety and survival. 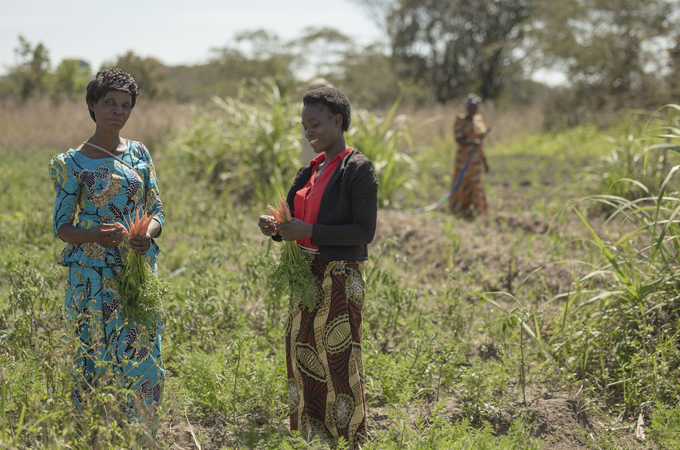 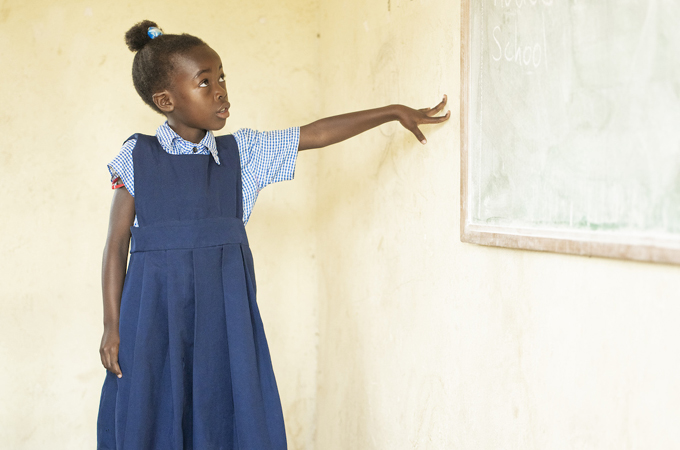