The JW Marriott Marquis Dubai today said its room revenues rose 21 per cent in the first half of 2015 over the same period last year, despite challenging global conditions.

The world’s tallest hotel, which is also the UAE’s largest five-star property, said its inventory increased by 51 per cent during this period and occupancies across its 1,608 rooms remained “in excess of 80 per cent leading into Ramadan”.

The hotel also achieved 100 per cent occupancy on more than 30 occasions since its second tower was officially opened in October 2014.

“Supply is up by 6.2 per cent for the city, whilst overall demand has grown only by 2.5 per cent,” he said. “This is stark in contrast to JW Marriott Marquis, which has witnessed an increase in demand of more than 40 per cent.  As a result, JW Marriott Marquis Dubai has continued to drive room revenues by 21 per cent. These positive figures further cement our position as a market leader in the region, as we continue to set the precedent for hospitality industry standards both in the Middle East and internationally.”

The hotel also said that throughout 2015, it has continued to support the efforts of DTCM and work in collaboration with Marriott’s global sales network “to generate large international group enquiries and attract visitors to Dubai”.

“We consider this approach to be working extremely well given the hotel is already poised to exceed last year’s group bookings by 21 per cent, and with 30 per cent of next year’s groups already booked,” Keffer said. “Excellent growth in excess of 50 per cent year-on-year is coming from source markets like the US, UK, India and France.  China and South America are also emerging as a strong market for our hotel which is consistent with what is happening in the city as a whole.

“Group booking size has ranged from 20 to 900, fulfilling the Emirates Property Group’s original vision for this hotel which was to provide a five-star venue where groups of up to 1000 people could eat, meet and sleep in one property. This was perhaps best exemplified in our hosting of the largest segment of the NuSkin group from China in 2014, the largest incentive group ever received in Dubai.”

Operating 1,608 rooms and offering over 8,000 sq m of indoor and outdoor event space, the hotel is the tallest in the world and flagship in the renowned Marriott International portfolio.

Part of the JW Marriott luxury tier, the property’s 14 restaurants and lounges, indulgent spa and innovative Mice (meetings, incentive, conferences and events) facilities have entrenched it as a leading destination since its launch just two years ago, boosting the UAE’s ability to cater for the luxury leisure and business markets. 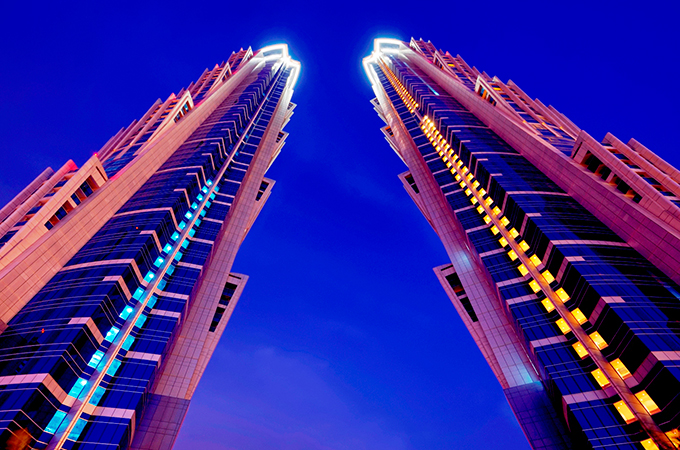