The number and wealth of ultra-rich individuals (each with more than $30 million in net worth), which suffered a significant decline in early 2020 due to the impact of the Covid-19 pandemic, showed a recovery by the end of the third quarter of the year, according to the Wealth-X World Ultra Wealth Report.

The number of these ultra-high-net-worth-individuals (UHNWIs) grew by 9.5 per cent in 2019, to 290,720 individuals worldwide. This growth was a sharp acceleration from the flat growth seen in 2018. In addition, the combined net worth of the UHNW population mirrored this growth, increasing by 9.7 per cent to $35.4 trillion.

The report also reveals a significant decline in wealth from this population in early 2020 due to the impact of the Covid-19 pandemic. However, by the end of August, the UHNW population and their collective wealth had shown significant recovery, rebounding toward end-2019 levels, it says.

In the Middle East, the number of ultra-wealthy individuals grew 0.7 per cent to 9,780 in 2019 with the total wealth of this population increasing by 1.9 per cent to $1.55 trillion, the report says.

Buoyant wealth expansion in North America: In 2019, the strongest regional returns were recorded in North America, the world’s largest wealth hub, where the number of ultra-wealthy individuals increased by 14.5 per cent to 105,080, equivalent to a 36 per cent share of the global UHNW class. There was an almost identical rise in collective net worth, up 14.4 per cent to $12.4 trillion.

Double-digit UHNW growth in Asia: Asia consolidated its position ahead of Europe as the second-largest UHNW region, with its population rising by 10.2 per cent to 83,310 individuals. This was a strong turnaround from a decline in 2018, driven by double-digit population growth in the region’s largest wealth markets of Mainland China, Japan, Hong Kong, and India. Cumulative net worth in Asia expanded by 10 per cent, to $10.4 trillion, equivalent to 29 per cent of global UHNW wealth.

The top 10 countries accounted for almost three-quarters of the global UHNW population (73 per cent) and their combined wealth (72 per cent): The US remains far and away the largest wealth market in the world, while mainland China continues to cement the second-placed position it assumed over Japan in 2014. That said, Japan recorded its highest level of UHNW growth in a decade in 2019. Also, notably, India entered the top 10 country ranking for the first time.

The top 10 cities accounted for 19.7 per cent of the global UHNW population in 2019: This was a slight increase from an 18.6 per cent share in 2018 as all 10 cities saw their ultra-wealthy populations and their combined wealth increase substantially in 2019. New York and Hong Kong were far and away the two leading UHNW cities (with the US being home to 6 of the top 10) and Paris eclipsed London to take fifth place in the rankings.

Ultra wealth has been significantly affected by the fallout from Covid-19: Most of the ultra-wealthy have experienced overall declines in their fortunes. Global ultra wealth was down 28 per cent on 2019 levels by the end of March 2020; however, by the end of August, the UHNW population had recovered somewhat and stood at 3 per cent below its end-2019 level, with wealth down by 9 per cent.

North America recorded a much sharper fall in its UHNW population than Asia, in early 2020: The number of ultra-wealthy individuals slumped by almost 24,000 from its end-2019 level in the region, in contrast with a 13 per cent decline in the UHNW population in Asia over the same period. However, Asia suffered the largest decline in combined UHNW wealth of all regions, at 31 per cent.

The ultra-wealthy fared best in Denmark and China, and worst in the UK, up to August 2020: China’s ultra-wealthy population and their combined wealth increased by around 4 per cent at end-2019, with Denmark’s being slightly more. Western European nations dominate the list of worst performing UHNW countries from the Covid-19 wealth impact, with the UK at the bottom, having experienced a 17 per cent fall in its UHNW population and a 20 per cent slump in collective net worth.

It takes time to create wealth: Well over half of the ultra-wealthy population is aged between 50 and 70, whereas just 12 per cent are younger than 50 (and a mere 1.2 per cent are under 35). Yet age does show some variation by region: those in the Middle East and Asia are, on average, younger, while North and Latin America are, on average, home to the oldest.

Facing the uncertain: The path of the coronavirus and its knock-on effects remain deeply uncertain. With near-term challenges to wealth creation (and preservation), the ultra-wealthy will be focusing on shoring up their businesses and reviewing their wealth holdings while still looking to take advantage of new commercial opportunities.

In addition to revealing a global view of the status and trends of the ultra-wealthy, the World Ultra Wealth Report 2020 also examines the population based on their asset holdings, gender, industry focus, wealth source, and age.

Wealth-X leverages its proprietary global database of records on wealthy individuals, the largest of its kind in the world, alongside its ‘Wealth and Investible Assets Model’ to compile the report. This model produces statistically significant estimates for total private wealth and estimates the size of the population by level of wealth and investable assets for the world and each of the top 75 economies, which account for 98 per cent of world GDP. 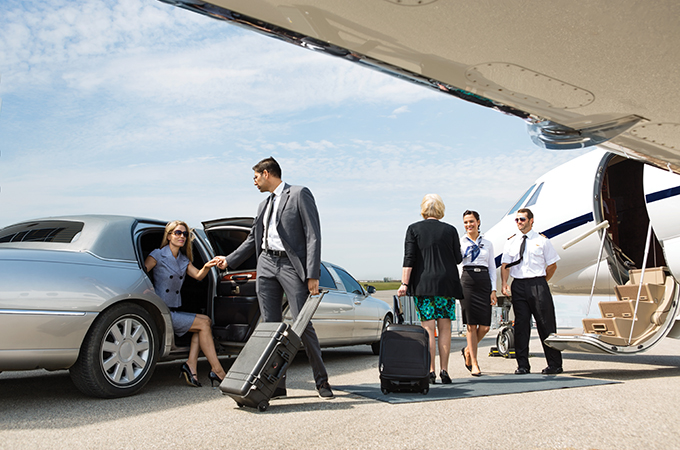 "
By the end of August the UHNW population and their collective wealth had shown significant recovery, rebounding toward end-2019 levels