Celebrating the moon landing by the astronauts of Apollo-11 51 years ago this July, Omega has expertly recreated its Calibre 321.

Inside the Apollo-11 crew’s Omega Speedmaster watches was the now-famous Calibre 321, a movement that not only became legendary that day, but also returned for every lunar landing in history.

This year, Omega has recreated the Calibre 321 in its 2nd generation form, and included it in a very special timepiece known as the Speedmaster Moonwatch 321 Stainless Steel. While this exciting news was released earlier in 2020, Omega has now announced that the watch is now ready to wear on Earth.

The non-limited timepiece offers a genuine connection to space history, as well as a movement that has long been cherished and sought-after by watch collectors and aficionados around the world.

The 39.70 mm case has been crafted in stainless steel, and is influenced by another piece of Speedmaster space heritage - the 3rd generation style that was worn during America’s first spacewalk in 1965. The design also includes a bezel ring in polished black ceramic with a tachymeter scale in white enamel, as well as the iconic “Dot over Ninety”. Gracing the black step dial are the familiar Moonwatch hands, along with a vintage Omega logo.

Through the sapphire crystal caseback owners will be able to admire the Calibre 321 itself. It took two years of extensive research and reconstruction to bring this movement back to life, including the use of tomography (a digital scanning method) to see inside the true Omega Speedmaster worn by astronaut Eugene “Gene” Cernan during the Apollo 17 mission in 1972.

Each of today’s new movements has been recreated to the authentic specifications of the original, and assembled within Omega’s dedicated Calibre 321 workshop. 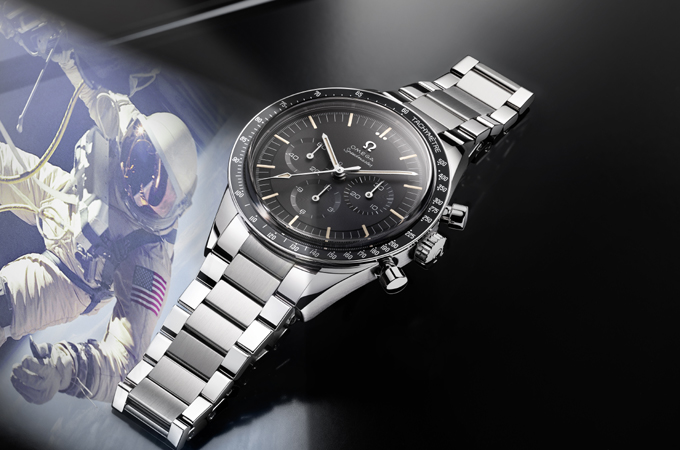 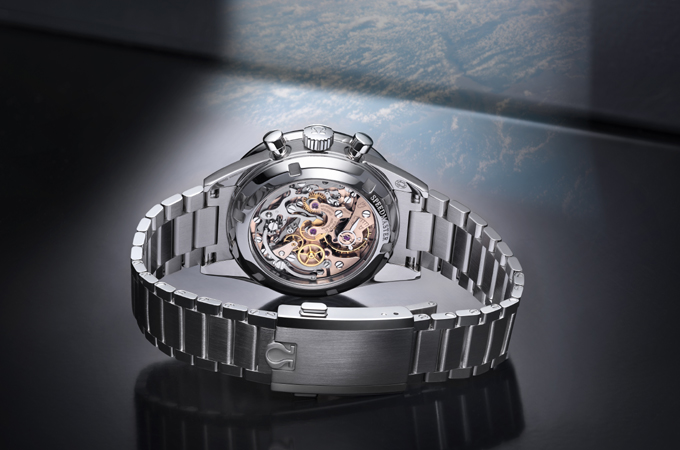 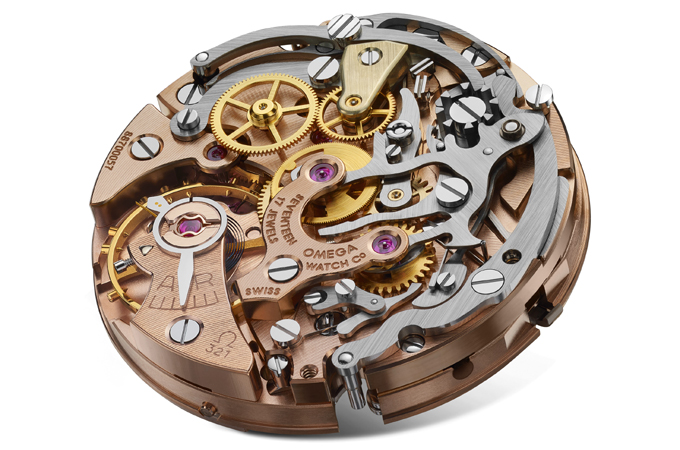 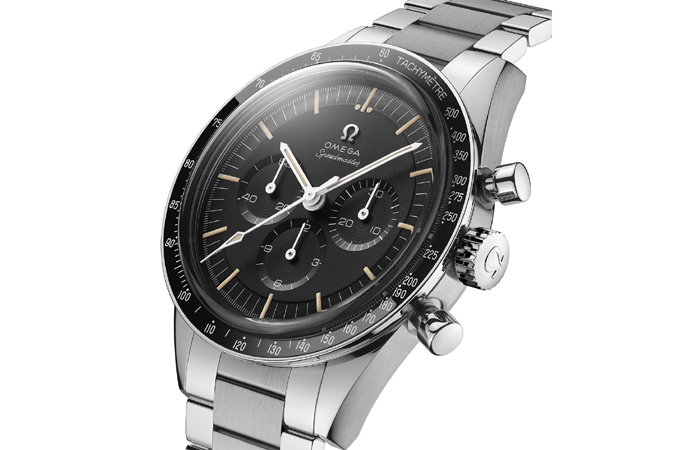