The touchstone of Rolex watches, a 1970 Cosmograph Daytona ‘Paul Newman’, was the top lot in the recent Bonhams Fine Watches Sale at New Bond Street, London, selling for £237,563 ($310,579), double its pre-sale estimate.

The Rolex led a trio of ultra-desirable, rare and complicated watches which sold for more than £200,000 each in the sale, including a recent Vacheron Constantin ‘Traditionelle’ ref. 80172 and a very rare and factory sealed 2017 Patek Philippe 40th Anniversary Nautilus, ref. 5951P, that showcased the watchmakers’ exquisite craftsmanship and engineering.

Complicated models from these three horological powerhouses dominated the top 10 in the sale, which achieved a total of over £2.6 million, with 80 per cent of the 74 lots sold.

Global Head of Bonhams Watch Department, Jonathan Darracott, said: “It is good to see, in these challenging times, that the market is still robust, active and buoyant. We were pleased to receive strong bidding from around the globe and positive results for our highly-curated sale.”

Highlights of the sale included:

* Rolex Cosmograph Daytona ‘Paul Newman’, 1970, ref 6265/6262 sold for £237,563: The rare stainless-steel manual wind timepiece is considered the ‘holy grail’ for many Rolex collectors, as only a limited number were produced with the exotic dial characterised by square markers in the chronograph scale and subsidiary dials. This watch also featured a contrasting black and white ‘panda’ dial and the much sought-after screw-down chronograph pushers.

* Vacheron Constantin ‘Traditionelle’ ref. 80172 achieved £225,063: An auction rarity, this exceptionally fine platinum manual wind minuterepeating perpetual calendar wristwatch, with tourbillon and power reserve to reverse, represented the finest in the company’s watchmaking. With its minute repeating function even including a centripetal speed regulator, to eliminate the noise interference of the pallet system, this was, in its day, the most complicated watch that Vacheron Constantin had ever produced.

* Patek Philippe 40th Anniversary Nautilus, ref 5951P, 2017, sold for £225,063. The 18K white gold automatic calendar flyback chronograph bracelet watch featured a diamond set dial and was limited to just 1,300 examples, which were only offered to Patek Philippe’s most loyal clients. Also featuring in the sale were a number of exceptional watches by Patek Philippe, which again proved popular with bidders.

* F.P.Journe. The Octa Réserve de Marche Jour et Nuit, no.49/99-02, c 2003, sold for £81,313: This platinum automatic calendar wristwatch with power reserve and day/night indication, was another limited edition only offered to favoured clientele of this exclusive Swiss watchmaker. The timepiece set the Bonhams saleroom telephones alight and finally sold for an impressive £81,313, four times its pre-sale estimate.

* Rolex Day-Date ‘Khanjar’ ref 18038 achieved £57,562: Rich with historic provenance, was the Rolex Day-Date ‘Khanjar’, which doubled its pre-sale estimate. The fine and rare 18k gold automatic calendar bracelet watch with orange lacquered 'stella' dial features a green ‘Khanjar’ the emblem of Oman and was one of a select few of day-dates commissioned by the sultanate. This watch belonged to Colonel Tony Lewis, DSO, MBE, nicknamed 'the boy colonel' after WWII, who later held the position of commander of the Sultan of Muscat’s armed forces. 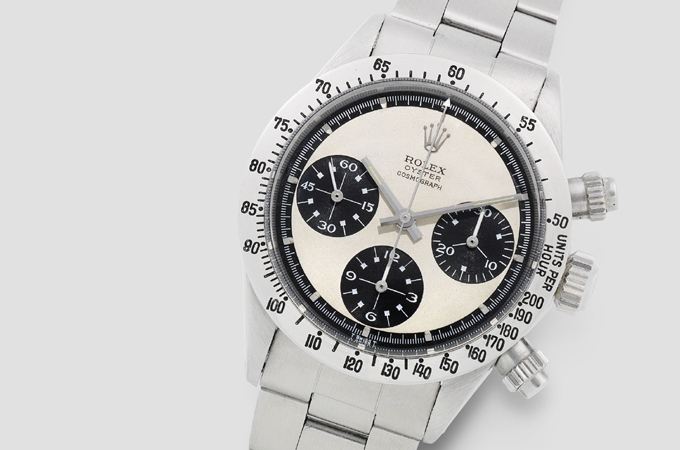 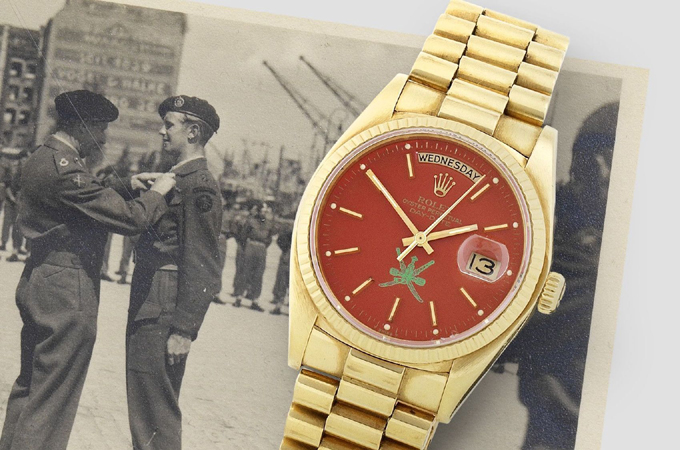 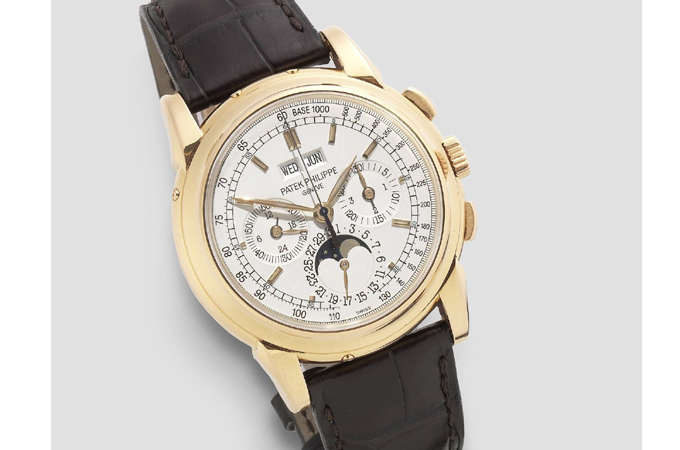 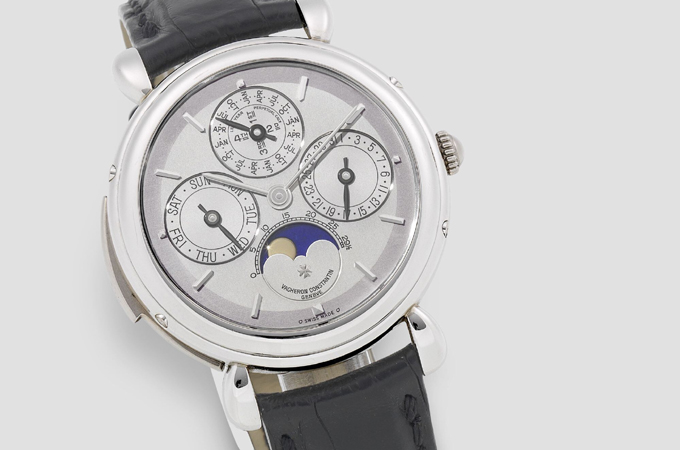