Embraer Executive Jets promoted its full aircraft portfolio and customer support and services solutions at the 14th European Business Aviation Convention & Exhibition (Ebace), which was held in Geneva, Switzerland, in May.

“We are thrilled to return to Ebace with the Legacy 500, now complete with its new interior, which redefines the midsize category,” says Marco Tulio Pellegrini, President and Chief Executive Officer, Embraer Executive Jets.

For the first time at Ebace, the Legacy 500 midsize jet was showcased. Also at the static display was the entry-level Phenom 100, the Phenom 300 light jet, the large Legacy 650, and the ultra-large Lineage 1000E.

The ultra-large Lineage 1000E is Embraer’s largest executive jet and can carry up to 19 passengers. The enhanced interior design of the Lineage 1000E is reflected in the new seats, electric doors, refreshed galley and cabinetry design, automatic tables, improved acoustic comfort, and other cabin amenities.

The aircraft’s range of 4,600 nm (8,519 km) with eight passengers, including National Business Aviation Association (NBAA) instrument flight rules (IFR) fuel reserves, means that the jet is able to fly non-stop from London (UK) to Beijing (China), or London to Miami (US).

The Lineage 1000E is equipped with the latest electronic fly-by-wire flight control system, and offers the optional Autoland, which conducts approach, touch down, and a five-second rollout, when the autopilot is engaged. The jet is available with the optional Embraer Enhanced Vision System (E2VS), which bundles head up displays (HUD) and an enhanced vision system (EVS).

The large Legacy 650 carries up to 14 passengers in three cabin zones, and premium acoustic comfort. In addition to the best-in-class galley and a fully accessible in-flight baggage compartment that surpasses in size even those of most ultra-long range business jets, the aircraft may be configured with up to two lavatories. The jet features internet connectivity and the latest generation in full HD in-flight entertainment, with Honeywell’s OvationSelect entertainment and cabin management system.

The Legacy 650 features advanced navigation capabilities and the Honeywell Primus Elite avionics suite. It has a range of 3,900 nm (7,223 km) with four passengers, with NBAA IFR fuel reserves, which means that the aircraft can fly non-stop from London to New York (US), or Moscow (Russia) to Shanghai (China).

The midsize Legacy 500 has the best-in-class six-foot flat-floor cabin, which is even wider than some aircraft in the super midsize category. Eight club seats may be berthed into four beds for complete rest in a cabin altitude of 6,000 feet.

The Legacy 500 is the first midsize business jet with full fly-by-wire technology, featuring side stick flight controls, the state-of-the-art Pro Line Fusion avionics suite on four 15-inch high-resolution LCD displays, and capable of paperless operations, with graphical flight planning, and options like electronic Jeppesen charts and maps, and the E2VS. With a range of 3,000 nm (5,556 km) with four passengers, including NBAA IFR fuel reserves, the jet is able to fly non-stop from London to Dubai (UAE).

The Phenom 300 offers a spacious cabin and the largest baggage compartment in its category. The largest windows in the class deliver abundant natural lighting in the cabin as well as in the aft private lavatory. The comfort of the seats, with recline and full movement capability, is enhanced by the best pressurisation among light jets (6,600 ft maximum cabin altitude).

The Phenom 300 has just received certification from EASA (European Aviation Safety Agency) for steep-approach operation, which enables increased descent angles of up to 5.5 degrees.

“This certification enhances the Phenom 300’s operational flexibility,” says Pellegrini. “Our customers will be particularly pleased to have access to special airports such as London City.”

The new capability associated with its remarkable field performance make the Phenom 300 a very versatile business jet to fly in and out of London City, reaching destinations as far as Samara (Russia) or Ankara (Turkey). The steep-approach feature is now available on the Phenom 300 to be configured for EASA certification.

Embraer is the world’s largest manufacturer of commercial jets up to 130 seats, and one of Brazil’s leading exporters. 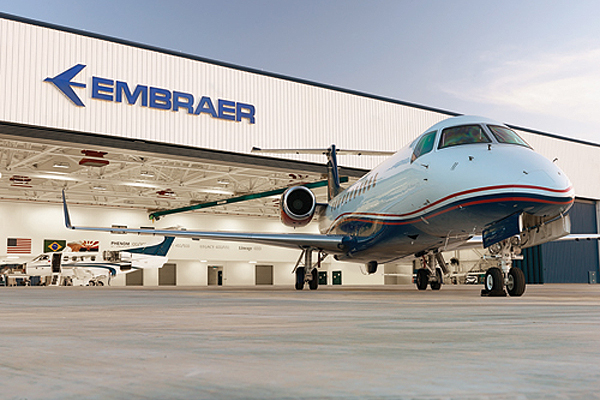 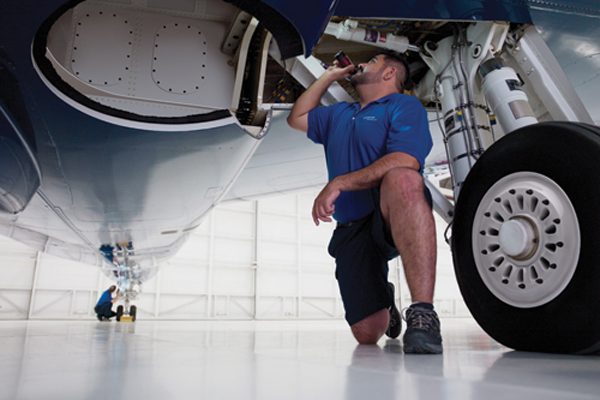 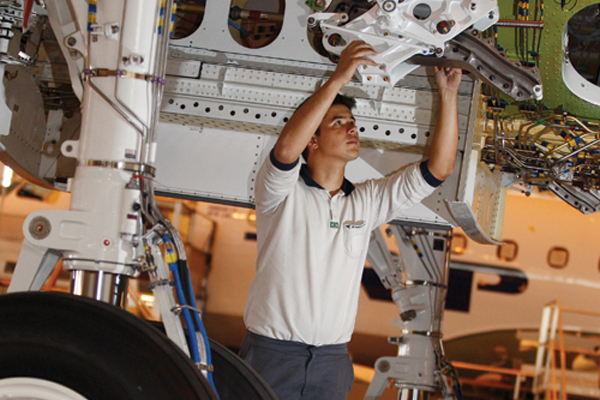