To pay tribute to its 175th anniversary, Patek Philippe created a collection of limited edition commemorative timepieces, and one of them – the Grandmaster Chime Ref 5175 – stands out in particular.

Limited to just seven pieces, it is the most complicated piece ever from the eminent Swiss watchmaker and one of the world’s most elaborate wristwatches.

Moreover, the Grandmaster Chime is the first double-face wristwatch from Patek Philippe that can be worn with either dial facing up: one focuses on the time and the sonnerie, the other is dedicated to the instantaneous perpetual calendar.

Changing the face is very simple thanks to an ingenious reversing mechanism in the lugs, which is amazingly easy to operate and firmly secures the case in the selected position.

The information for which a watch is most frequently consulted – the current time and the date – is displayed on both dials.

The Grandmaster Chime establishes new benchmarks in terms of technical and aesthetic elegance. Its double-face case with a diameter of 47 mm, accommodates four spring barrels and no fewer than 20 complications, including coveted functions such as a Grande and Petite Sonnerie, a minute repeater, an instantaneous perpetual calendar with a four-digit year display, a second time zone, and two patented global firsts for chiming watches: an acoustic alarm that strikes the alarm time and a date repeater that sounds the date on demand.

Four additional patents emphasise the innovative thrust behind the watch.

To protect the timepiece against damage caused by inadvertent manipulation, the manufacture’s engineers devised clever “isolators” that interrupt the flow of power between individual mechanisms or block certain functions while others are active.

The engraved inscriptions and symbols on the case and the pushers are further hallmarks of convenience that make the Grandmaster Chime a self-explanatory grand complication watch.

More than 100,000 hours were logged for development, production and assembly of the watch, including 60,000 for the components of the movement. Each calibre consists of 1,366 parts and each case has 214 separate parts, bringing the total number of components for each watch to 1,580 or 11,060 meticulously hand-finished parts for the seven watches.

The Grandmaster Chime is delivered in a chest made of Makassar ebony and 17 further wood species. Apart from the watch, it contains the documentation and a commemorative gold medal that depicts milestones of the manufacture’s history.

Six will be sold to collectors of Patek Philippe timepieces while the seventh will find a place of honour at the Patek Philippe Museum where it can be admired by the public.

Expect a price of around $2.6 million. 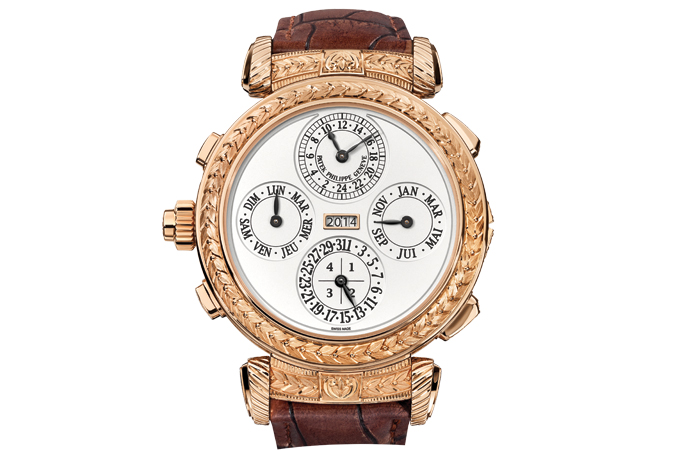 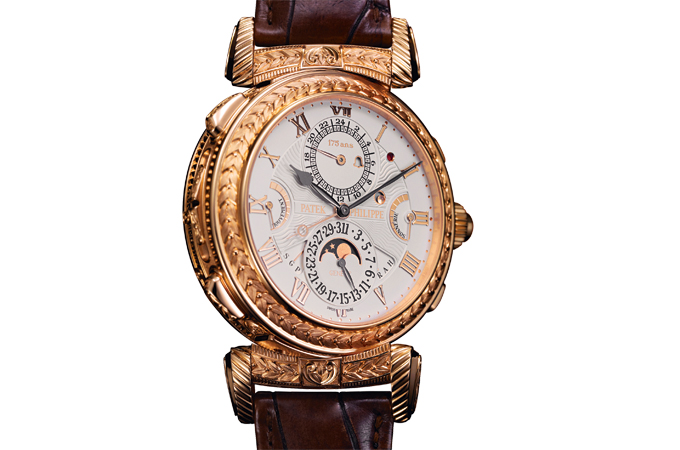