The Crazy Skull watch was unveiled to a select audience of celebrities and VIPs at the manufacturer’s new showroom in Paris, France, with the company’s founder Fawaz Gruosi declaring that only around 10 of these precious watches would ever be made.

Thanks to an intricate mechanism devised and developed by the highly skilled de Grisogono’s master jewellers, the mouth is set with 7.7 carats of sparkling invisible-set white baguette-cut diamonds and when the lower jaw is triggered, the “Crazy Skull” sticks out its tongue set with 66 pink sapphires or rubies.

Guests at the star-studded event held in early October included American supermodel Karlie Kloss, who wore the watch to show it off to members of the media. 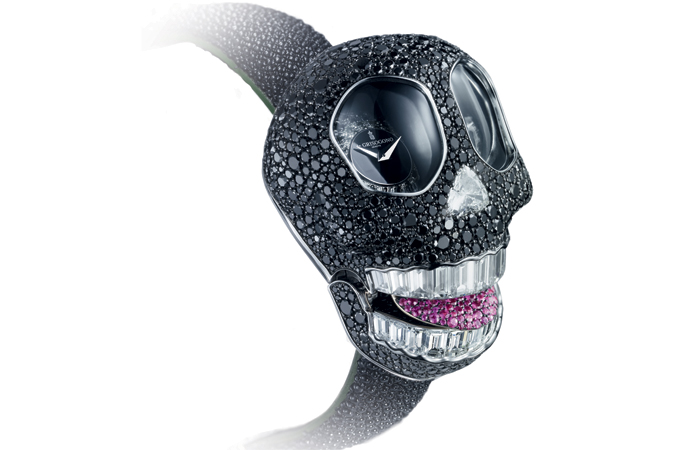 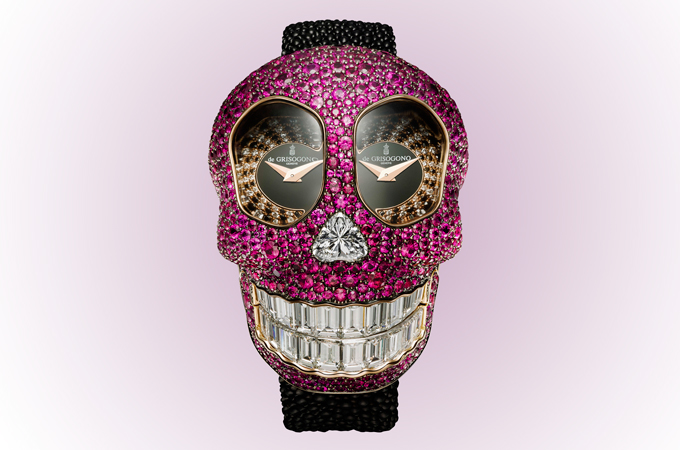