Reinforcing its commitment to product development and global expansion, Jaguar Land Rover showcased its breakthrough Jaguar XE and Land Rover Discovery Sport models at the 2014 Paris Motor Show which was held in October.

First unveiled at a grand launch in London in September, the Jaguar XE is said to redefine the concept of the sports saloon and will be the driver’s car in its class, according to the UK manufacturer.

The rear-drive XE is the only vehicle in its class to use an aluminium-intensive monocoque. This extremely robust yet light structure, together with double wishbone front suspension and an Integral Link rear axle, is fundamental to the car’s innovative benchmark vehicle dynamics.

With its new Ingenium diesel engines, the car can achieve 75 mpg and 99 g/km of carbon dioxide (CO2) – the most efficient Jaguar ever. Powered by the supercharged 3.0-litre V6 petrol engine from the acclaimed Jaguar F-Type, the XE S is capable of 0-60 mph in just 4.9 seconds.

The all-new Jaguar XE is the first to use the high-tech Ingenium engine – a family of ultra-low-emission, four-cylinder petrol and diesel engines from the new Engine Manufacturing Centre, in the West Midlands.

With the new Ingenium engine family powering the XE and future Jaguar and Land Rover products, the centre is the result of a £500 million ($800 million) investment, creating 1,400 jobs. This new centre brings engine production back to the company’s manufacturing heartland.

Meanwhile, the introduction of the Land Rover Discovery Sport signifies the first member of the new Discovery family, part of Jaguar Land Rover’s strategy to introduce 50 new products or updates in the next five years.

Costing from £27,000 ($43,000) for the entry level XE and less than £30,000 ($47,700) for the Discovery Sport, both new models are breakthrough vehicles for Jaguar Land Rover and explore new segments of the market as well as representing a step change in the customer base for both brands.

In addition to the debut of the two models, both brands unveiled their new luxury goods collections in Paris, adding to Jaguar Land Rover’s lifestyle range.

Jaguar Heritage ’57 Collection, inspired by Jaguar’s 60th anniversary of the D-Type, features a range of branded goods linked to the winning vehicle driven by Ron Flockhart and Ivor Beub for the Ecurie Ecosse team at 24-hour Le Mans race in France in 1957. Signature items, including the Jaguar Heritage leather jacket and leather race holdall, have been crafted in England and are made from soft, supple Pittards leather. 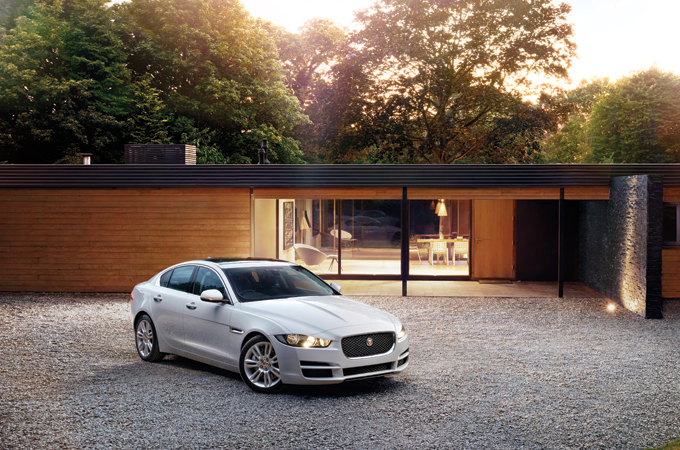 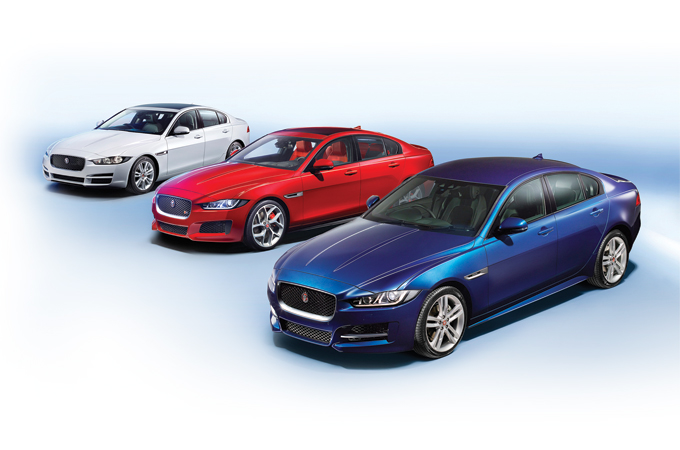 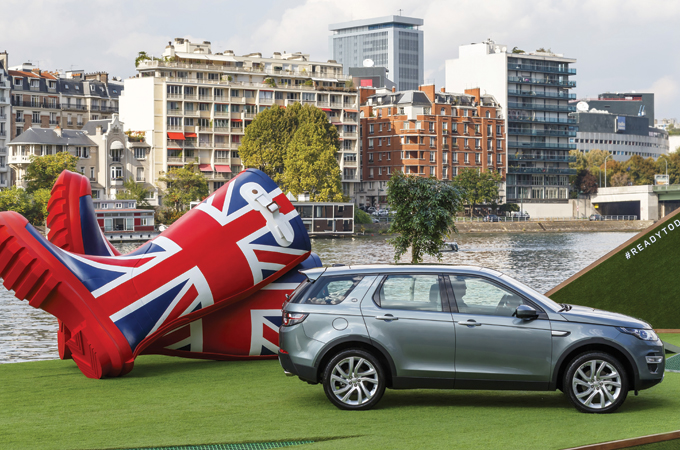