Motoring
One of a kind

The world of automotive journalism is quite often one of hyperbole and glitter where adjectives like ‘all new’, ‘cutting edge’ and ‘unique’ are bandied around with frivolous abandon. It is therefore refreshing to see these descriptions as disarmingly accurate when applied to the David Brown Automotive Speedback GT.

It is ‘all new’. There are, says David Brown, owner of the marque, only ever going to be 100

It is ‘cutting edge’ – the computerised fibre-optic delivered control system for example does away with the traditional copper wiring loom of the car, is a tenth of the weight and much faster.

And it is handmade.

The Speedback GT is a sports touring car. That said, it is far more than that simple designation states. Anyone who remembers the 1960s will immediately feel an affinity with its classic lines. It is a real sports car but in a style, comfort and with a level of engineering perfection which that generation could only dream about. It is a memory made real and perfect – the best motoring memories of the era without the mechanical niggles and unreliability that used to accompany it.

“The idea for Speedback came about when I was touring in a friend’s classic GT car,” says Brown, who is a native of Yorkshire in the UK. “The classic open top touring car broke down in blinding heat in the south of France. I hired a cheap local mass-produced car and everything worked, all the time. It brought home just how far cars had advanced in 50 years.”

At that point, Brown decided to build a classic motorcar with all the reliability that modern automotive technology could deliver.

“I wanted all the style of a classic sports car, but with modern capabilities and conveniences. This is what I want in a car, but it’s not something anyone really offers. So, I’ve created it myself,” says Brown. “I saw the advances in rapid prototype manufacturing that produced beautiful things that looked the result of huge investment in machine tools but were in fact small volume. In particular, the electrical architecture of the car has changed drastically. The cabling that carries all the information systems in the car, from wing mirrors to traction, hi-fi to intelligent suspension and engine management runs though a single fibre-optic cable in the Speedback GT.”

The advances in engineering and electronics that are now available left him free to focus on the design elements of the car and blend them with the contemporary engineering platform.

The result is a stunningly car that is at once recognisable as a classic 1960s vehicle – but then again it is strangely different.  The meld of classic lines, precision of bodywork finish, depth of paint colour – not 1960s but very 1960s.

The Speedback originated with a few lines on a piece of paper. Alan Mobberley, the retired Chief Designer from Jaguar Land Rover, brought to the project a deep understanding of the elements of 1960s design and why certain shapes appeal, why some work and some do not.

From paper the concept was turned into a full-scale clay model, perfect in form and size. With the shape perfected, the model was scanned to generate accurate computer renditions.

The 3D data was then used to fine-tune the aerodynamics, engineer the structure and provide the complex and precise patterns for the bodywork. Once formers (bucks) were made, the sheets of aluminium were hand formed to the glorious tactile shapes of the panels that make up the body.

“These bucks provide a physical guide for our master craftsmen to skilfully shape the car’s outer surface using an English wheel,” says Brown.

The English wheel is a very simple traditional human-powered metal forming roller that is deceptively difficult to use and takes years to master. As it forms the shapes at the hands of a craftsman, it also toughens the metal. Large sweeping body panels made from lightweight aluminium sheets and formed on the wheel are later seamlessly blended together before being attached to hard engineering points located on the car’s internal aluminium substructure.

Mobberley, the Head of Design, says: “Our challenge was to create a contemporary GT with the heart and soul of a classic.” To do that they went a stage further and used the rich store of craft skills that still abide in the engineering crescent of middle-England where many Formula One teams have their base and is the spiritual home of automotive engineering.

Under the Speedback’s perfectly formed surface, there lies complex engineered structures that give the Speedback its great rigidity, essentially a structurally advanced pillarless monocoque chassis and cabin. This provides unparalleled levels of rigidity and strength.

The interior is trimmed with leathers and full-grained woods. Much of the detailing is machined from solid billets of aluminium. In a subtle use of the latest technology, the press switches on the console were 3D printed, pierced with microscopic holes that illuminate when the car is in motion.

The fit and finish of the interior is second to none. The limited production run and the eye-watering price tag, however, helps as there truly is no effort spared to make everything about the cabin perfect.

Naturally, as a hand-built machine, the interior detailing and paint colours are customisable. “We will happily accommodate requests but the overall shape and design of the car is special,” says Brown. One feature that will surely be requested is the traditional wire wheels, custom made for the Speedback. “These are real works of art, but they turn in the performance equal to any rigid wheel.”

The trunk of the car is huge, easily capable of carrying golf clubs and luggage and inside there is a discreet lever. Operated, a bench seat folds out of a recess and provides an elegant spot to relax at events, perhaps a shoot or a polo match.

Apart from a visual classic, what Brown was after was a style of drive.  He frankly admits that there were lots of other engineering options that would have given a more aggressive drive, but he “loves the lazy torque” that the supercharger gives.

Translated, it means that the car has everything from an ambling gait that delivers sustained touring speeds in silence and comfort to a ferocious and instant torrent of seemingly unending power if you decide to floor the pedal.

Under less demanding circumstances, the supercharged 5.3-litre V8 gently delivers immense torque that sustains decidedly more civilised and effortless acceleration from low urban speeds through the 200-kmph mark and beyond. Maximum torque of 461 lb-ft is on tap from 2,500 rpm to 5,500 rpm, making the power/gear train hugely tractable.

The combination of the V8, supercharger and lightweight body give it a performance of 0-60 mph in just 4.6 seconds and the positively immoral potential for 50-70 mph in under 2 seconds.

The David Brown Automotive Speedback GT is without doubt destined to be a classic. Brown wants his clients not simply to buy the car, but to share his passion for the process of creation that drives him. “We look forward to involving our clients in the creation of the car, just as far as they wish, from the moment of first forming the body panels through to the final testing.” 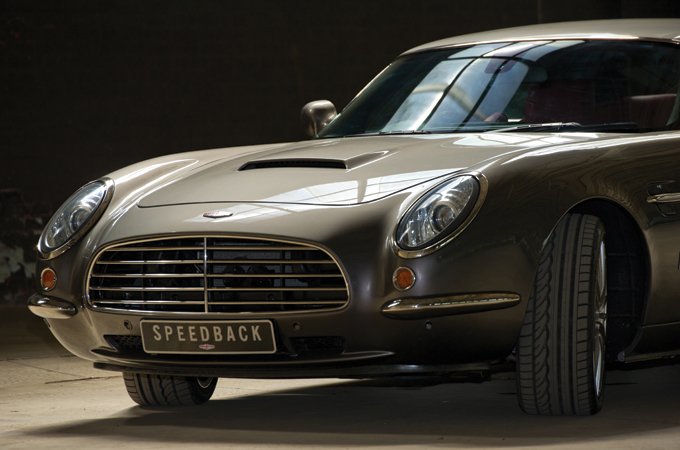 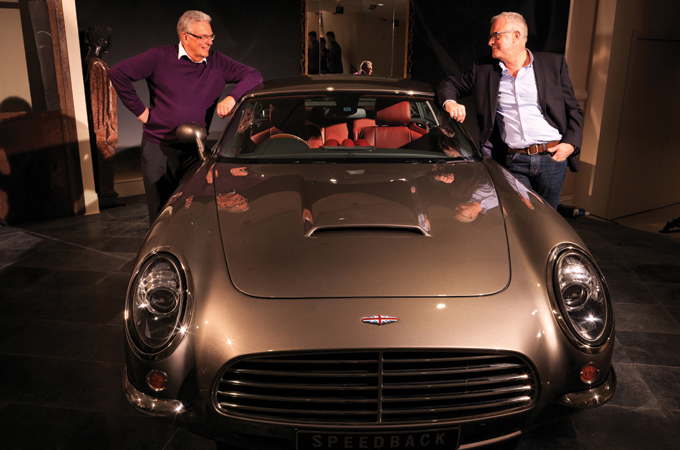 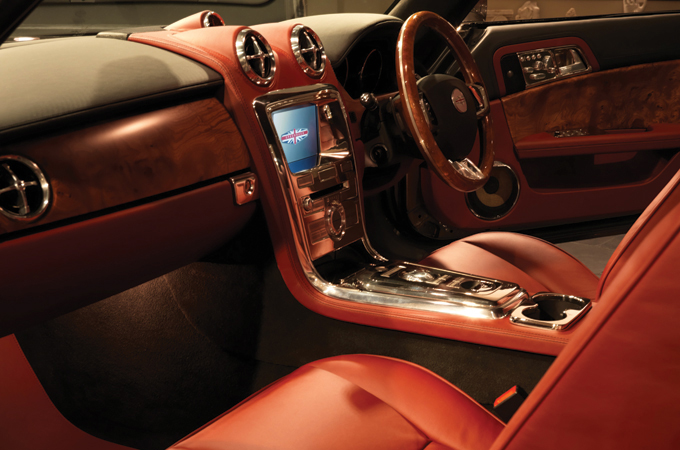 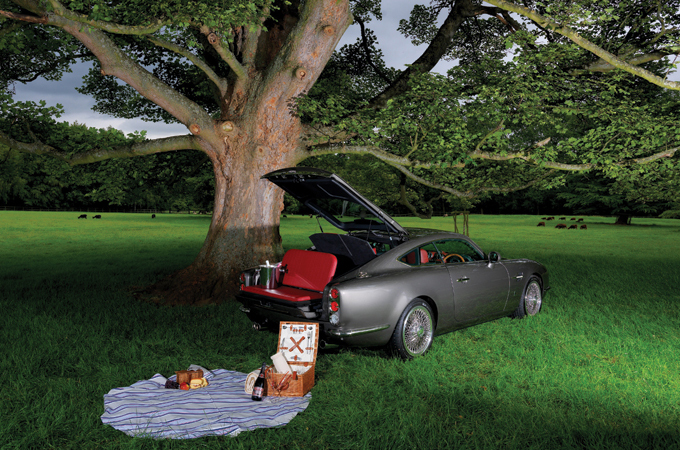