The 2014 edition of the Monaco Yacht Show (MYS) went down a storm, with the annual yachting event successfully repositioning itself as a hub for superyachting culture, according to the show’s organisers.

Held from September 24 to 27 at Port Hercules under the patronage of His Serene Highness Prince Albert II of Monaco, this year’s edition was held over an expanded area and attracted a record 115 superyachts and 510 companies, meeting the strong demand of the industry and presenting the best superyachting proposition to its visitors.

Though the show witnessed a slight decrease in the number of participants – 32,921 against 33,730 in 2013 – there was an improvement in visitor quality in terms of contacts made, with many more owners and potential clients visiting, the organisers said.

The MYS has been for several years an important part of the selling process of a yacht, but indeed the success of a participation in Monaco is materialised by the signature of contracts, if not on site, within the following weeks, says Gaëlle Tallarida, Managing Director of the MYS, which is organised by the Informa Group.

“We repositioned the show so as to attract new clientele and initiate them to a culture of superyachting,” says Tallarida.

She continues: “Ahead of the event we promoted the MYS in Shanghai, targeting the Chinese elite. We also collaborated with luxury concierges and private clubs in order to organise VIP visits and meetings with exhibitors.”

Although the increase of the entrance fee to €150 ($191) per day may have had a slight influence on the number of visitors, attendance levels remained stable with nearly 33,000 participants this year, she points out.

“With nearly 90 per cent of its exhibitors coming back each year, the Monaco Yacht Show can be compared to a club where everyone knows each other but above all where they all strongly invest to meet in a common business atmosphere,” she says. “As organisers, we are responsible for the quality of the exhibition and the services offered to the exhibitors so they can maximise the returns on their investment,” she says.

The trend towards a better quality of the visitors was also confirmed by the presence of prestigious partners at the event.

Ulysse Nardin, the Swiss watchmaker, exhibited its limited edition of MonacoYS 2014 fine watches for the seventh successive year as an official sponsor. Baccarat, the French glassworker, celebrated its 250th anniversary and fitted out the show’s VIP area and Upper Deck Lounge once more along with interior designers Sabrina Monte-Carlo, Paola Lenti and the Opera Gallery art gallery. Luxury automaker Porsche, present for the first time as a partner, revealed its fabulous 918 Spyder while Avakian, the jeweller, showcased some of its most elegant collections.

Among the 115 superyachts present, nearly half of them were less than two years old, with 38 delivered in this year. The exceptional fleet exhibited by brokerage firms included 76 superyachts available for sale or charter.

Meanwhile, the industry’s top yachts were felicitated at the first ever MYS Award ceremony which was held at the new Monaco Yacht Club.

The Best in Show award for the best yacht at the show went to the brand-new 91.5-m superyacht Equanimity, built by the revered Oceanco yard and launched earlier this year.

The Best Exterior was given to Solandge, an 85.5-m Lurssen motor yacht with subtle lines and an unforgettable profile by Espen Oeino.

Among other honours, the RINA Green Plus Yacht Award was given to Entourage, built by Admiral, for her construction which conformed to environmental standards set by the Italian classification company.

Also, an honourable award, the Monaco 2014 trophy, was given to the new construction Yersin, built by a resident Monaco owner. Yersin will be used for the scientific and environmental researches led by the ASE (Adventure – Science – Education) project.

Meanwhile, the MYS continued to show its support for the Wood Forever Pact (WFP), which it joined in 2010, with a substantial donation.

The Wood Forever Pact is a flagship initiative of the Monaco Foundation, which is headed by Prince Albert II, to convince the yachting community to only use wood from sustainably managed forests.

At the show, Tallarida and Lord Stephen Carter, the CEO of the Informa Group, confirmed their commitment to the pact by handing over a donation of €45,000 ($57,420) to the Prince.

At the Monaco Foundation’s stand, the Prince welcomed 10 superyacht designers who have signed up as WFP partners as well as two WFP members, builders VSY and Burger.

The MYS 2014 also welcomed the captains and crew of superyachts in the brand new MYS C&C Lounge that was exclusively dedicated to them during the four days of the show.

In conclusion, Tallarida points out the 24th edition was “characterised by the quality of its visitors and the ambitions of each exhibitor to present its best products on the docks and afloat in the Port Hercules”.

Next year’s event will mark a new chapter in the show’s history, as it celebrates its 25th anniversary. The exhibition area will be newly configured and have the capacity to welcome megayachts up to 120 m long along the Rainier III quay while the Darse Nord tents will be repositioned on the Quai Antoine 1er. 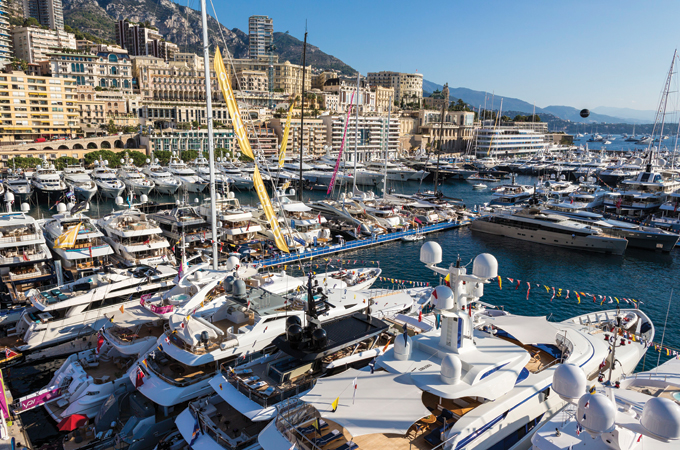 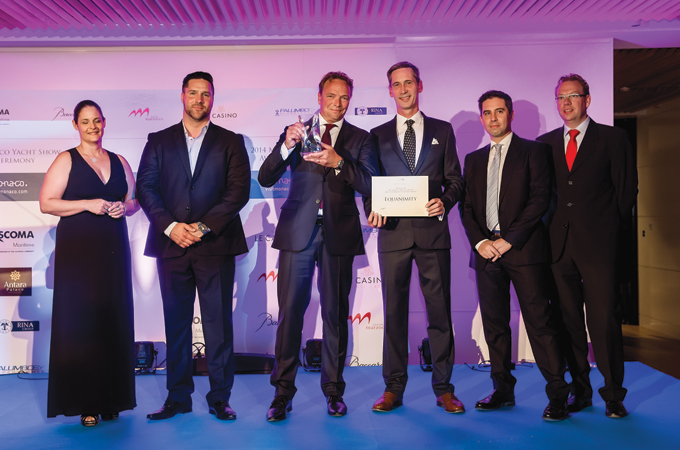