You like diamonds set into everyday objects or wearable art? A diamond-studded toilet bowl?

Coronet Jewelry, the diamond jewellery manufacturing division of Aaron Shum Jewelry of Hong Kong, has introduced a toilet bowl set with 40,815 diamonds totalling 334.68 carats. It comes with a price tag of $1.28 million.

The diamond bowl was inducted into the Guinness World Records (for the most diamonds set in a toilet bowl) at a ceremony in Dubai’s Amazing Museum & Art Gallery recently.

Previous milestones include an award for the world’s most valuable guitar ($2 million), an 18k gold Gibson guitar set with 400 carats of diamonds; and most diamonds on a handbag for a Coca-Cola-inspired handbag set with nearly 10,000 diamonds weighing a total of 120 carats – 8,543 black diamonds and 1,345 colourless diamonds. 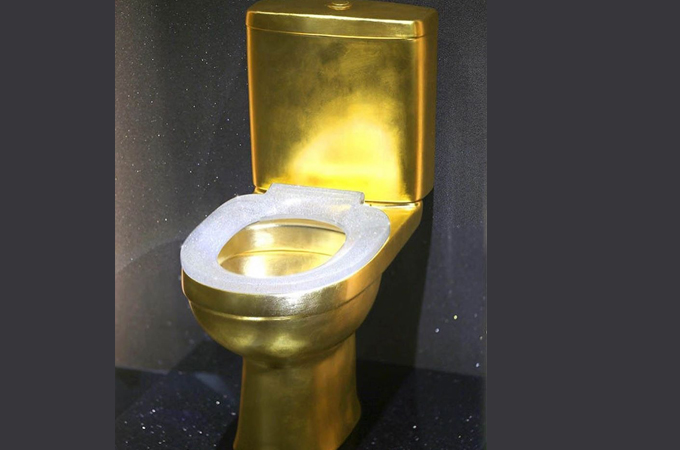