The Question Mark necklace first appeared in the Parisian High Jewellery history at Boucheron in 1879. Here it is again, brought to light by its Creative Director Claire Choisne, who wanted to put a personal take on this timeless icon to establish it as one of the maison’s recognised and unmistakable signature creations.

“The Boucheron style is above all a state of mind,” says Choisne. “In my opinion, it is captured perfectly by the Question Mark necklace, which I wanted to reinstate as one of Boucheron’s main signature pieces as soon as I arrived at the maison.”

The original necklace combines simplicity with opulence: the simplicity of the clean lines of the circular part that wraps around the neck, the opulence of a main motif, consisting of lotus flowers, bunches of grapes, poppy petals, and even a snake.

The Lierre de Paris necklace, whose emerald-set leaves move, is a powerful demonstration of the technical prowess of the maison’s workshops. A reinterpretation of a white gold necklace from the Nature Triomphante collection, this striking green version has been accomplished using the most complex jewellery techniques.

The Nuage de Fleurs necklace features a cluster of hydrangeas. Each hydrangea petal has been scanned in order to capture the sense of ephemeral nature in the timeless mother-of-pearl relief.

A completely new version of the Question Mark, the Perles necklace accentuates the purity of an arabesque with exquisite mother-of-pearl drops. The Feuilles d’Acanthe necklace transforms the symbolic decorative motif into a graceful latticework of sensuously curving yellow gold leaves. 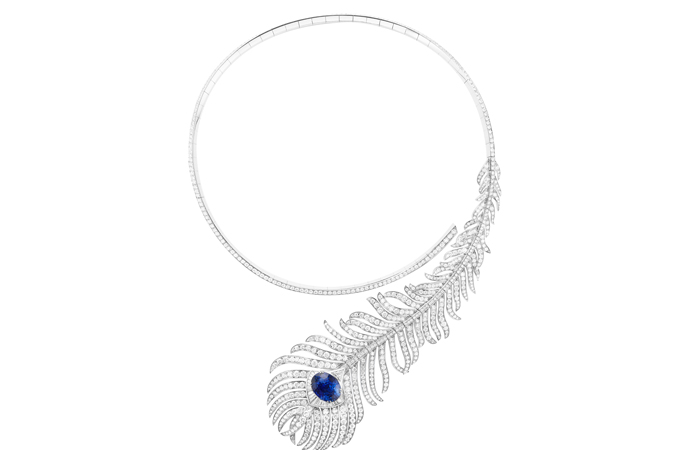 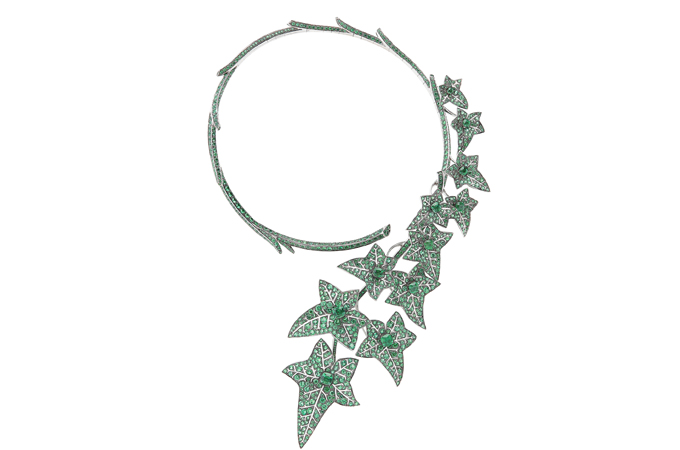 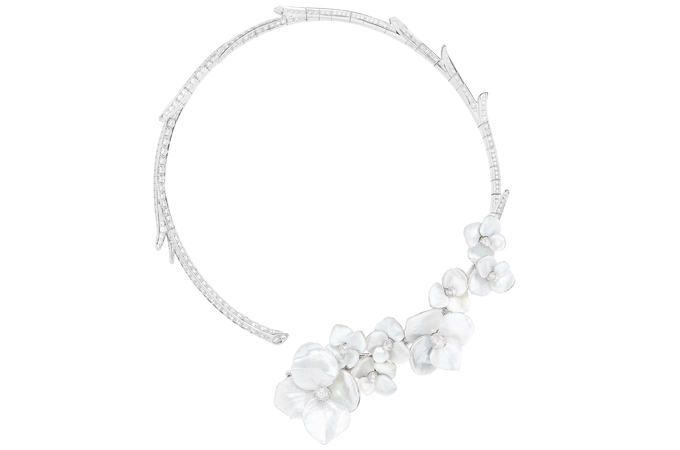 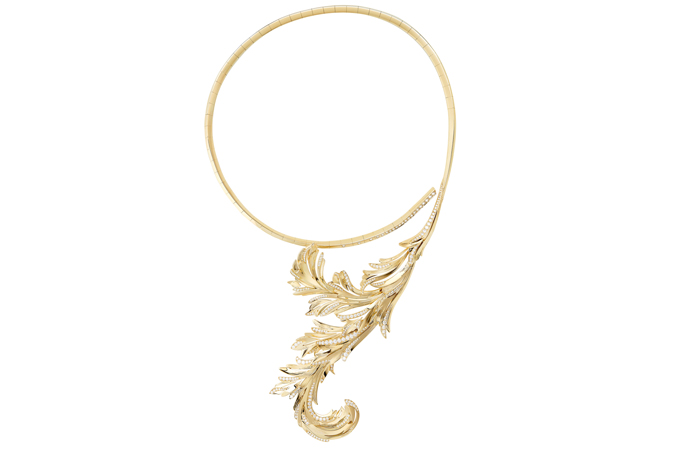 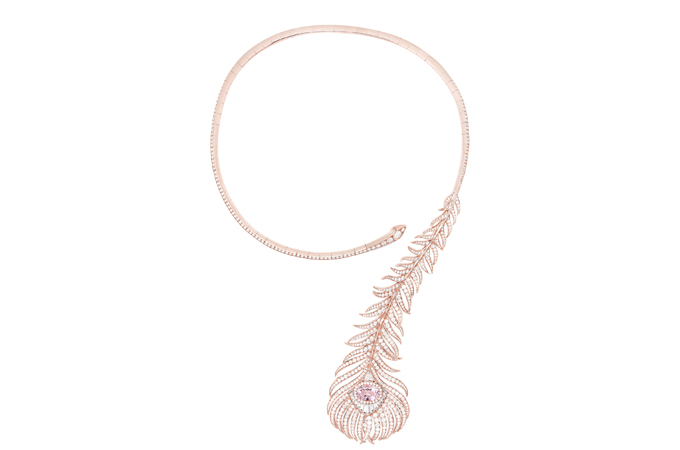