Following its first global reveal during an exclusive event held in Italy’s capital last November, the Ferrari Roma made its first appearance in the world at a launch party in Dubai.

With its distinctive flair and style, the car is a contemporary representation of the carefree, pleasurable way of life that characterised Rome in the 1950s and ‘60s. The Ferrari Roma offers discerning clients the finesse and refinement that brings the concept of “la Dolce Vita” right up to date, says Ferrari.

Not only is the Ferrari Roma an icon of Italian design, but it also represents the pinnacle of performance in this category, thanks to its turbo-charged V8 from the family of engines that has won the overall International Engine of the Year award four years running. In this version, the engine reaches 620 cv at 7,500 rpm and is coupled with the new 8-speed DCT gearbox that was first introduced on the SF90 Stradale.

The Ferrari Roma’s dynamic development was focused on delivering superior driving pleasure and comfort thanks to the low vehicle weight and to the introduction of the latest evolution of the Side Slip Control. The Ferrari Roma’s chassis benefits from the technology developed by Ferrari for its new generation models; bodyshell and chassis have been redesigned to incorporate the latest weight reduction and advanced production technologies. In fact, 70 per cent of its components are entirely new. The mid-front-engined 2+ Ferrari Roma has the best weight/power ratio in its segment (2.37 kg/cv), which enhances handling dynamics and responsiveness, it says.

The Ferrari Roma’s design took inspiration from the concept of sporty elegance celebrated in the most legendary grand touring Ferraris of the 1960s, front-engined cars with simple yet elegant forms and a 2+ fastback coupé design. The Ferrari Roma shares many of these characteristics and embodies an extremely modern design language; its pure, refined styling and perfect proportions cleverly conceal the car’s power and sportiness.

A new architectural concept for volumes and forms was developed for the Ferrari Roma’s cabin. The idea was to create two separate spaces or cells, one each for driver and passenger, in an evolution of the dual cockpit concept introduced on other cars in the range. The strikingly innovative look of this dual cockpit was achieved by extending the philosophy applied to the dash to the entire cabin. A cleverly balanced combination of elegance and sportiness brings a sense of exceptional refinement and unique character to the interior. 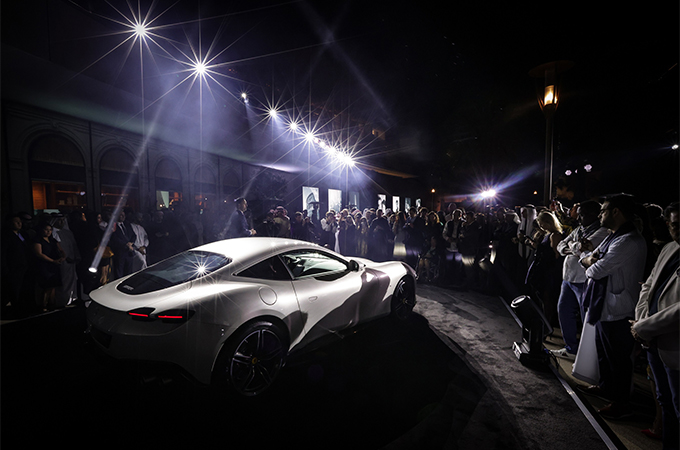 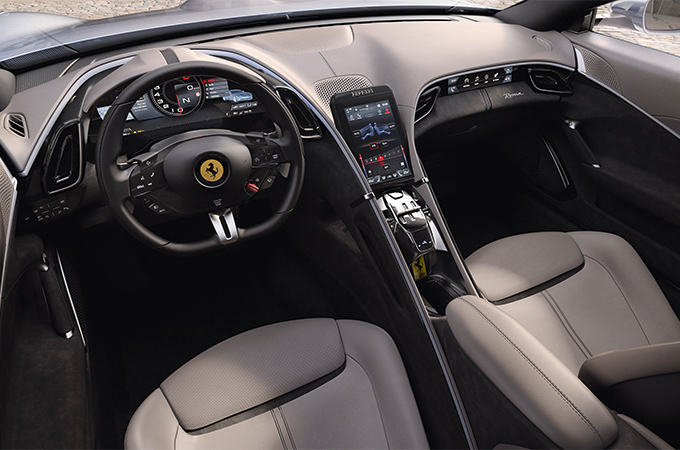