Any supercar fan will tell you that the true star of the multi-starrer Hollywood film Fast & Furious 7 was the $3.4-million Lykan HyperSport. And now, much to the delight of petrolheads in the Middle East, the makers of the iconic Lykan, W Motors, are all set to open the region’s first automotive manufacturing facility in Dubai, bringing the magic much closer to home.

Founded in 2012 and based in Dubai, W Motors is fully integrated with activities ranging from automotive design, research and development to engineering and manufacturing, as well as automotive consultancy within its Special Projects Division. Currently, W Motors makes its cars in Torino, Italy.

Led by Founder and CEO Ralph R Debbas and an expert management team, W Motors creates some of the most exclusive and technologically advanced vehicles on the market today.

“The new facility is a combination of all our expertise under one roof. It will be the place for people to learn about future mobility and autonomous driving. At the same time, it will be a landmark in Dubai. Just as you visit Burj Khalifa and The Dubai Mall, so will you visit the Middle East’s first factory of supercars. It will be a guided tour, complete with a cinema to learn about cars, about our history, and you will also see how the actual cars are built,” he tells Arabian Knight.

Spread over 120,000 sq ft, the W Motors Automotive Facility will be the proud home of W Motors in the region when it opens in Dubai Silicon Oasis. Phase One, expected to be ready as early as this year, will include a manufacturing division, the main headquarters building and the W Motors Gallery, which, with all its beautiful car models, is expected to become a unique experiential space for visitors from around the world.

The manufacturing division will comprise a mechanical workshop, an assembly area, a concept and prototype manufacturing zone, and will feature the latest machines equipped with advanced smart technologies for production of carbon-fibre, aluminium and other parts.

“We try to be innovative in everything we do, and we believe combining industry and education is the right thing to do,” says Debbas.

And so, Phase Two of the project will be the W Motors Automotive Academy, developed in partnership with leading regional and international educational institutions, offering courses in automotive design, engineering, transportation and Artificial Intelligence, in addition to certified programmes for students and interns from all over the world.

For every young mind dreaming of designing the next supercar, this is home.

“I have been on a mission to build W Motors since I was a child, so I studied engineering and art and topped it up with automotive design, all the while working on W Motors on the side. One thing led to another and we started growing the team, setting up the first car and building it, then the second one, the third one, the electric cars and the technology. The journey has been a very challenging one and a beautiful adventure at the same time, since it began in 2007,” says Debbas.

“It has always been my passion and my dream to do what I’m doing today.

“Everybody loves cars, but there’s a difference between loving cars and being curious about what goes into building them. Unfortunately, here in the region, we have never had this drive to learn about cars beyond just owning them or driving them.

“Building an industry in the region is something that I really wanted to do – it was never about making the most expensive car…” Debbas explains.

The first hypercar created by W Motors, priced at $3.4 million, was the iconic Lykan HyperSport, which fans around the world know as the hero car in Fast & Furious 7, a Universal Studios movie shot in Abu Dhabi. This wasn’t a product placement either as one would guess, but the studio actually purchased the Lykans used for filming. It was this collaboration with a hit Hollywood film that no doubt catapulted W Motors to international fame and cemented its reputation in the hypercar market, despite being a new player.

“We just happened to be in the right place at the right time,” Debbas tells us. “Of course, there was a whole lot of hard work involved but timing is everything. If we had produced the car a year later, it would not have made it into the movie.”

With only seven cars in existence, the Lykan HyperSport is a handcrafted masterpiece sporting a full carbon fibre body, a patented reverse dihedral door system, a jewel-encrusted key with diamond-lined headlights, and an innovative holographic interactive display.

Launched in 2018, the Fenyr SuperSport is the company’s latest hypercar, a limited edition with a production run of only 100 cars, in addition to 10 “Fenyr SuperSport Launch Editions”. This will also be the first car coming out of the Dubai facility.

The Fenyr SuperSport’s exterior body is crafted in carbon-fibre with extensive use of graphene composite; it features a reverse-opening door system and an active aerodynamics system. The custom-made RUF engine was specially developed – a twin-turbo flat 6, mid-rear 3.8L engine capable of delivering 800 HP, making it possible to reach 0-100 km/h in just 2.8 seconds and a maximum top speed of 400 km/h. Prices start at $1.6 million. The lead time for Fenyr SuperSport is 10 to 12 months.

All seven Lykan HyperSport models have been delivered to customers across the globe, and the delivery of the Fenyr SuperSport is underway.

“There will always be a demand for luxury supercars but they will be offered in a completely different way when compared to now. This is why we’re shifting the company to become tech oriented, autonomous oriented and electric oriented because we believe the future lies there. The future is also coming very fast and we are already working on our next projects,” he says.

Debbas adds: “We have a new electric supercar coming by the end of this year. This is the first time that W Motors goes fully electric. This is something special because it's a more affordable version and yet more powerful, and it features some of the most advanced technology. This is what we will be producing for the next five to seven years and it will set up the base for the next generation of W Motors cars.

“At the same time, we're working on a police car, which we'll be delivering this year for Dubai Police,” he continues. “We’re also working on an autonomous car, the prototype of which has already been developed and displayed last year. It is going to be produced in the UAE, therefore, becoming the first ever autonomous car to be produced in the country.”

The inspiration behind the company name and the hypercars it creates is the “Wolf”, W Motors’ spirit animal. Embedded within the brand’s DNA, the wolf’s ferocity drives not only the power and performance elements of the hypercars, but also the wild and aggressive designs.

For Debbas, the inspiration also comes from his family. Hailing from a small village in Lebanon, but having travelled far and wide, Debbas has always been an undaunted achiever. His wife, who has been with him since the start of the project, is his company’s managing partner and his son, Karl Lykan, is passionate about cars, even more so than him, he says.

Debbas says: “At W Motors, we are creating modern machines with a touch of humanity and it’s true, because we are putting humanity behind the car itself. When you see the way our cars are built, the way they’re designed, the way they’re engineered, it's all made by real humans and passion.

“And that is something you feel from the moment you look at the car, the moment you drive it to the moment you hear it. This is what is lacking in the industry today; things are becoming too mechanical, too robotic with computers building cars,” he regrets.

“There is no human touch anymore in the vehicles. And we are bringing it back with our cars,” declares Debbas. 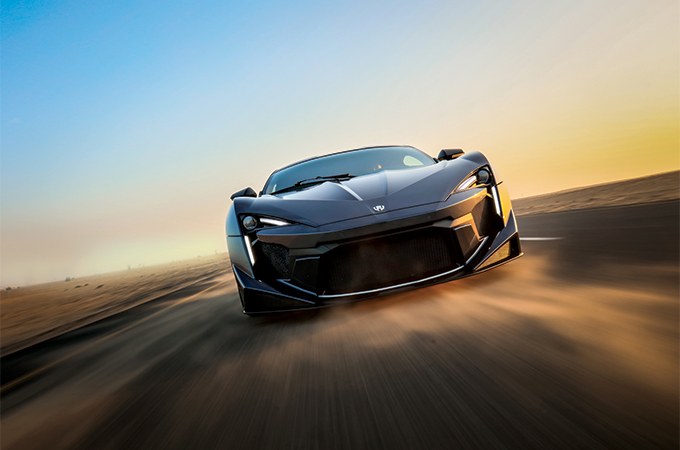 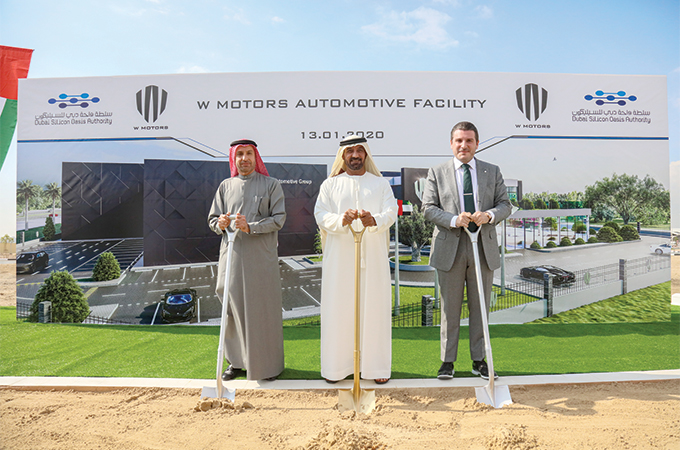 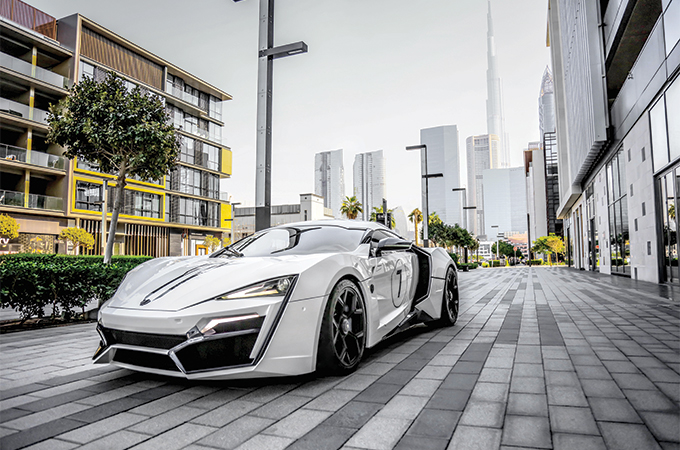 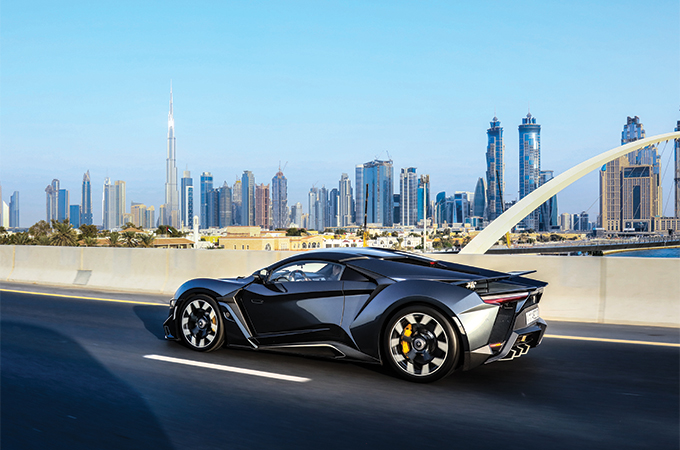 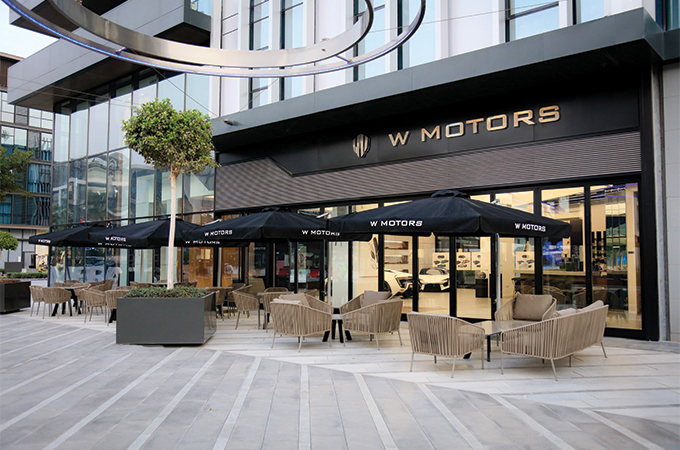 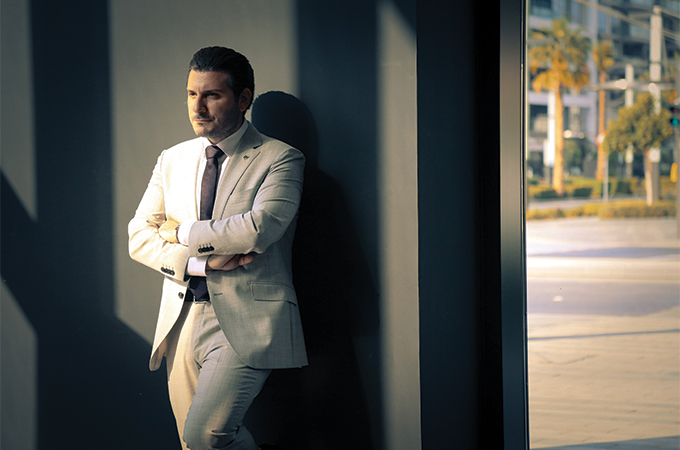 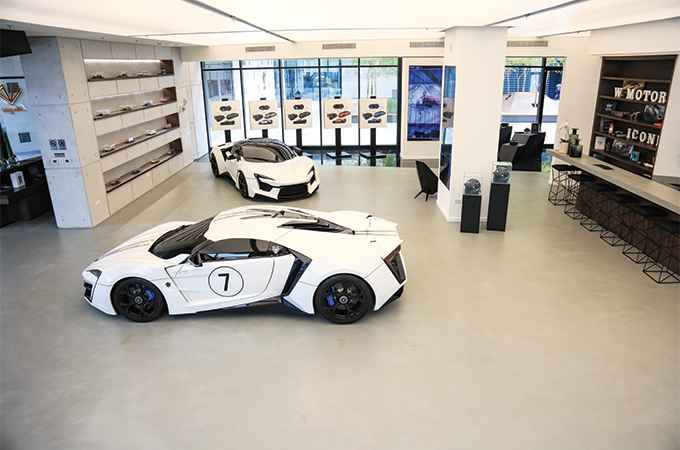 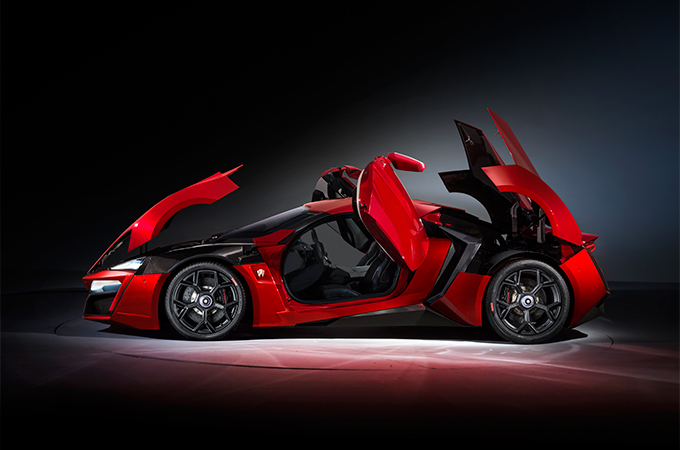 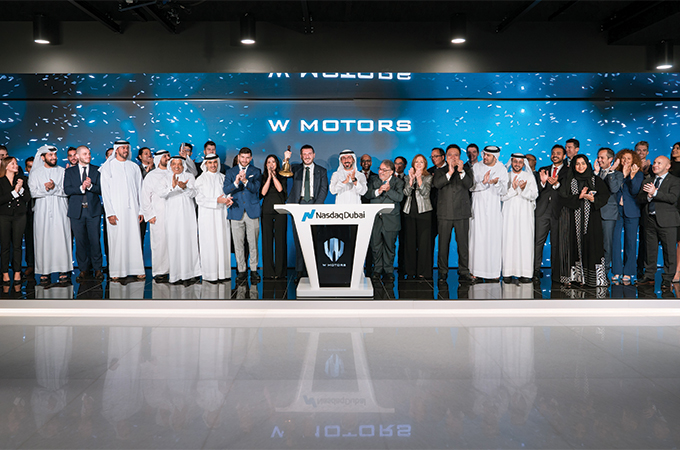 "
‘I have been on a mission to build W Motors since I was a child, so I studied engineering and art and topped it up with automotive design, all the while working on W Motors on the side’