A collection of rare and vintage timepieces will go under the hammer at the Christie’s Important Watches sale in Dubai in April.

Christie’s is due to hold its 19th watch auction on April 11 at the new Mandarin Oriental Hotel in Dubai. It will be the largest selection of watches ever offered to the region with approximately 200 lots, following a tour to key markets. The offering will cover the watch-making history from 1930 to 2019.

Christie’s held the first “Contemporary Jewels and Watches” auction in Dubai in January 2007 and this combined auction offer was in place until 2012. In 2013, it presented the first stand-alone watch auction in the region.

“Suddenly we no longer offered around 50 watches, but 100 and today we are far above 150 watches per auction,” says Remy Julia, Christie’s head of watches for the Middle East, Africa, and India, in an exclusive interview with Arabian Knight.

“The interest for contemporary watches and signature pieces was a given in the Middle East and the understanding and appreciation for vintage watches grew rapidly. Today, our Middle Eastern collectors are very active in all our auction centres, from New York to Hong Kong, to chase the watch of their wishes,” he says.

“The 2020 edition is a special one for us as we not only celebrate Christie’s 15th anniversary of operations in the Middle East, but the continued growth in collecting vintage and rare timepieces. In 2019, the UAE accounted for the largest market share of luxury watch buying in the Middle East, alone representing more than 35 per cent within the region.

Also, the regional activities undertaken by Ahmed Seddiqi & Sons, such as “Dubai Watch Week”, are very important for the development of the general appreciation for watches in the region as well as shedding a light on the independent watch-makers who create incredible timepieces, he adds.

Excerpts from the interview:

How many watches will be offered at the auction and what’s the total expected value of sales?

The Important Watches auction on April 11 will offer 200 watches with a pre-sale estimate of $7.4 million to $12 million. This represents the highest offering ever with 23 more timepieces in comparison to 2019.

Is there an over-riding theme for the auction?

What are some of the key criteria for the watches to be selected in the auction?

The auction should speak to all collectors, male as well as female, advanced or novice and therefore, the offering need to be balanced, by offering sports watches, vintage collector’s watches, female bejewelled watches as well as the most-sought after references.

Besides this, we only consign watches from very good to mint condition to our auctions. This means that each watch is looked at in detail and a condition report can be requested for each watch we are offering. We are also rejecting over-restored watches as the market does not react well to these watches and the wear or patina of a watch is a very valuable asset.

Will we see many watches with historical connection to the Middle East at the auction?

Of the 200 watches offered, several timepieces have a historical connection to the Middle East. A few examples include:

•  Patek Philippe Ref. 1505 solar-powered desk clock engraved with the UAE crest and signature of His Highness Sheikh Mohammed bin Rashid Al Maktoum – possibly unique. Manufactured in 1976, the Patek Philippe Dome clock is distinguished by its excellent overall condition. This unique piece has been designed and created by the celebrated and highly skilled enamel artist, Elisabeth Perusset Lagger. Since their launch in 1955, a few examples of these clocks are produced every year, each unique by its individually decorated case featuring engravings of varying pattern, cloisonné enamel scenes or leather-covered with applied ornaments. The small production is a result of the availability of only a few artisans skilled enough to decorate the clock’s challenging curved surfaces, works of art highly appreciated in today’s collector market. Estimate $80,000-$120,000.

•  Patek Philippe Ref. 2481 with an enamel portrait of King Saud Bin Abdulaziz – limited to 150 watches and consigned by the original owner – a companion of the king. The watch was presented as a token of appreciation by the king during the wedding of the original owner in 1985. Entirely fresh to the market, the watch has been carefully cherished throughout the years by the family. Estimate $40,000 – $60,000.

•  Patek Philippe pocket watch ref. 600/1 with an enamel portrait of King Saud bin Abdulaziz – limited to 200 pieces. Reference 600 was launched in 1933 and was one of Patek Philippe’s most popular dress watches ever produced. Also called “the white tie” or “smoking” watch, its timeless, modernist design enjoys till today great popularity among collectors. The model was available in yellow, pink and white gold and in platinum, with sweep centre and subsidiary seconds. Estimate $25,000 – $45,000.

•  One of the three Rolex watches known with the signature of Sheikh Abdulallah Al-Jaber Al-Sabah – Vintage Rolex watches with original specially-produced signed dials for Middle Eastern rulers are amongst the most desirable of all to collectors.

•  A very rare and appealing reference made for the Sultanate of Oman. The specimen is a rare example of the reference, blessed by the green khanjar on a burgundy lacquered dial and fitted with a white gold and diamond-set case. Prominently positioned on its dial, the khanjar symbol, emblem of Oman, was applied on timepieces ordered by the Sultan and later distributed as gifts to dignitaries or individuals close to His Majesty. Such timepieces are highly collectible in today’s market. Estimate: $25,000 – $35,000.

How is the collector base growing in the region?

Very fast and in all age groups – this is a really dynamic development and therewith an energetic market.

What are the key interests of watch collectors in Dubai/Middle East?

Collectors in the Middle East are looking for outstanding pieces, fresh to the market and in a very good condition. They are open to look at unique pieces made by independent watch makers as well as at vintage pieces made by Patek Philippe and Rolex. The passion of the Middle Eastern collector is so deep that he or she would not hesitate learning about and inspecting a watch even if it didn’t fit their taste.

Who are the major buyers at the auction?

The watch collectors are an international community, buying where the right watch is offered. Having said so, it is still very important to hold auctions in all main continents to have more meaningful dialogues with the community. Many of our Middle Eastern buyers have now developed their knowledge and taste and are important players on the international watch auction scene.

As an investment, how are these timeless watches faring?

Ahead of thinking about watches as investment, one should be very familiarised with the field. It is best to achieve this by attending auction previews, where all watches are exhibited, can be looked at and experts are available to explain and share their knowledge. It is preferable to buy at a trusted source, either a dealership or an auction house, where you know what you buy and receive all the help needed. If you would decide to buy at auction, I would recommend attending one or two auctions as a visitor to understand the process and get a feeling for who is bidding on what. Once you are ready for your first purchase, set a limit and stick to it and try to buy the best watch on the market with the budget you set aside for this purchase and maybe you achieved a good investment.

Some of the exceptional watches to be featured at the auction include:

Patek Philippe, Ref. 1579R: The last Patek Philippe Ref. 1579R offered at Christie’s was in May 2011 in Hong Kong, underlining the rarity of this watch on the secondary market. The chronograph wristwatch, dating from 1955 is an appealing example of Patek Philippe’s celebrated reference 1579. The unusual lugs, also called “spider lugs” because of their resemblance to spider’s legs, make it easily distinguishable. Estimate: $400,000 – $700,000.

Patek Philippe, Ref. 1526R: It is the world’s first perpetual calendar wristwatch made in series, and known for its beautiful design, a masterpiece of purism and elegance. Examples in pink gold are exceedingly rare. Estimate: $250,000 – 350,000.

Rolex, Ref. 3525: The watch is a very fine example of the rare Rolex reference 3525. Known among Italian collectors as “barilotto” or “keg” due to its shape, it is equally referred to as “monoblocco” as its case has been forged in one piece, with the obvious exception of the case back. Production of reference 3525 was launched in 1939. The model was made in stainless steel, yellow and pink gold as well as combined steel and gold (be it yellow or pink). Estimate: $150,000 – $250,000.

Naissance D’une Montre 1 (number 6/11): For the first time, one of the 11 watches made after the prototype or montre école of Naissance d’une montre 1, since its release in 2016, hits the auction block. The watch is signed Greubel Forsey and Michel Boulanger and the Time Aeon Foundation is the mastermind behind the project Naissance d’une montre making sure traditional and handcrafted fine watchmaking will be passed on from one generation to the next. The watch is a masterpiece, and the prototype or montre école was made 100 per cent manually, by using traditional tools, building tools and no technology. Estimate: $500,000-$1,000,000.

The auction will be on view at Christie’s permanent office at DIFC early April and will then transfer to the 2020 new auction premises The Mandarin Oriental Hotel and on view from April 9 to 11, followed by the auction.

NB: Since this article was published, Christie's has announced that due to the situation arising from the new Coronavirus outbreak globally, the  Important Watches auction will be postponed to October. 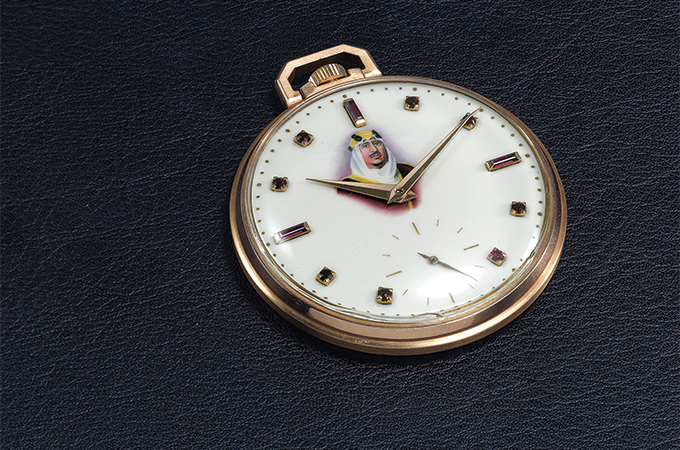 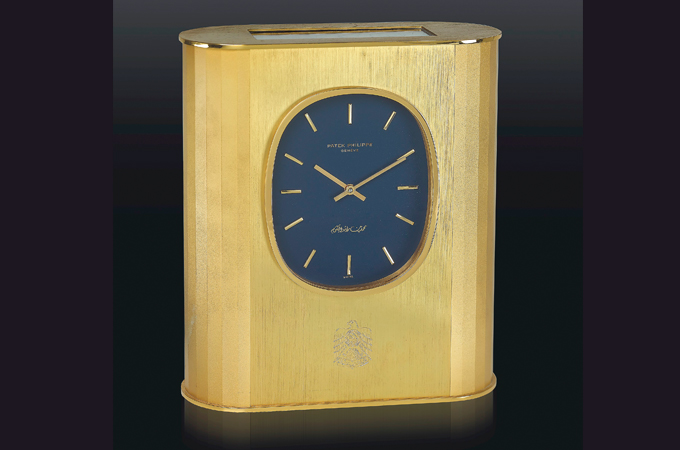 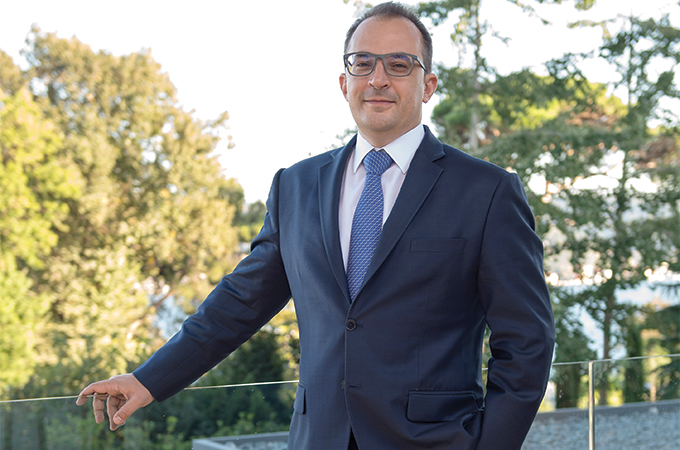 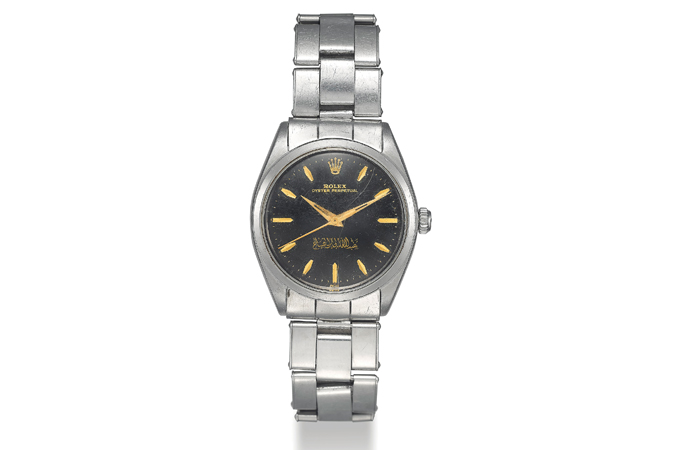 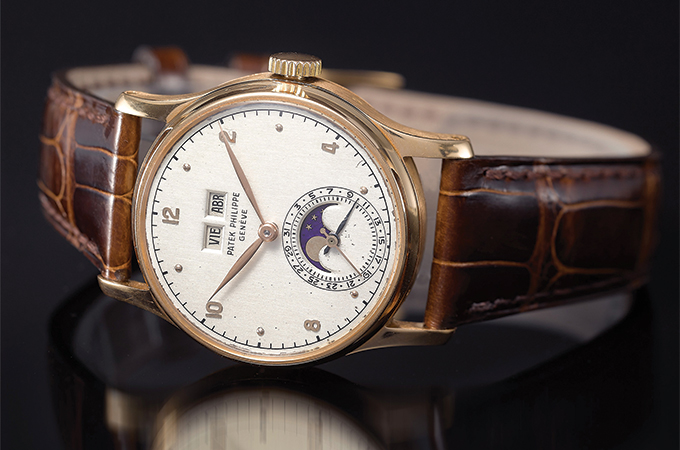 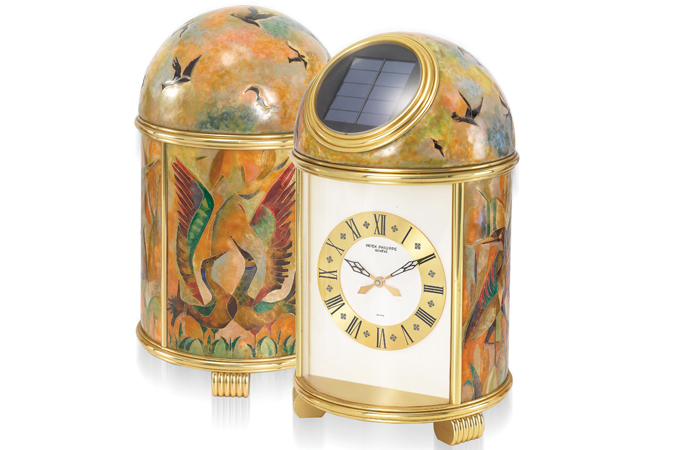 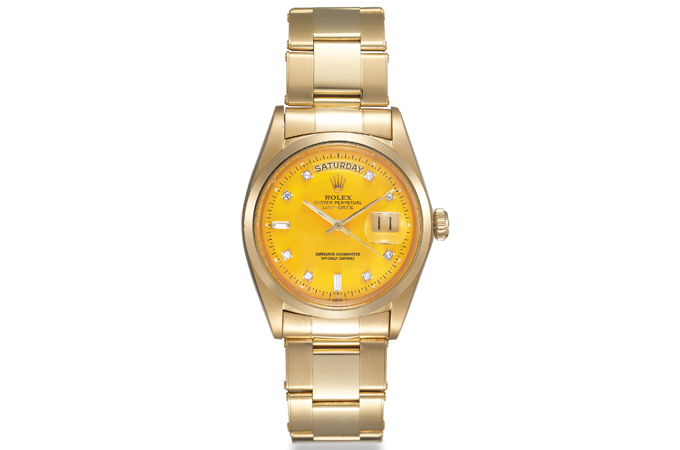 "
‘The 2020 edition is a special one for us as we not only celebrate Christie’s 15th anniversary in the Middle East, but the continued growth in collecting vintage and rare timepieces’ – Remy Julia