When adventurer Victor Vescovo successfully piloted his submersible Limiting Factor to the bottom of the Mariana Trench in May 2019, the 10,928 m dive set a new world record and with him Omega too.

Along for the ride – and performing perfectly at depth – was Omega’s Seamaster Planet Ocean Ultra Deep Professional.

The world’s first manned expedition to the deepest point in each of the five oceans is the brainchild of adventurer and submersible pilot Vescovo. Above the surface is the good ship DSSV Pressure Drop, equipped with the highest fidelity full ocean depth sonar. The action at depth takes place in DSV Limiting Factor, a Triton-built submersible certified by the international maritime authority DNV-GL for extensive, repeated dives to extraordinary depths. On the ocean floor, gathering important scientific data are three “Landers”.

Omega has distinguished dive watch legacy which began in 1932 with the Omega “Marine”, the timepiece used by Charles William Beebe, the American explorer who created the ‘bathysphere’, a spherical diving vessel that could transport humans to the depths of the ocean.

Producing a professional divers’ watch is all in a day’s work for the Swiss brand, but to create a timepiece suitable for The Five Deeps Expedition required starting from scratch and taking risks. Pushing at the limits of watchmaking, Omega succeeded in producing ground-breaking technology that was not only fit for purpose, but could be adapted to dive watch manufacturing in the future.

A watch does not have to be enormous to withstand enormous pressures. Omega managed to limit the thickness of the timepiece to less than 28mm without sacrificing its exceptional resistance. Success didn’t come easy. In order to ensure that the loads on the watchcase stayed within admissible limits, Omega’s Ultra Deep was subjected to extensive finite element analysis simulations.

The expedition logo is located at the centre of the caseback inside concentric circles evoking the Multi Beam sonar technology. Information including the model, reference number, materials, DNV-GL certification, and the words – tested 15,000m / 49,212ft – are all laser-engraved. 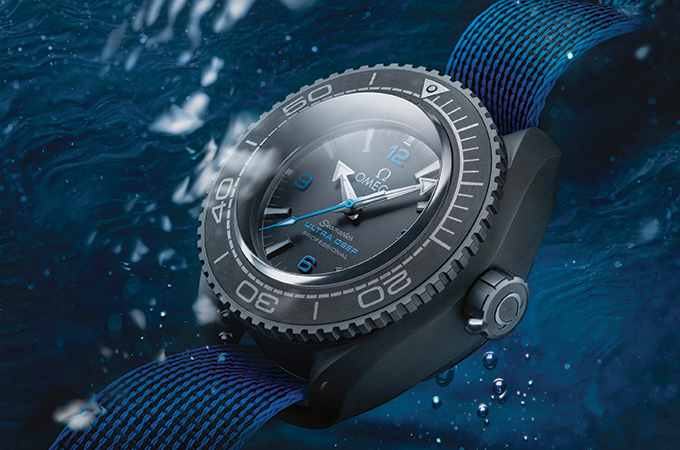 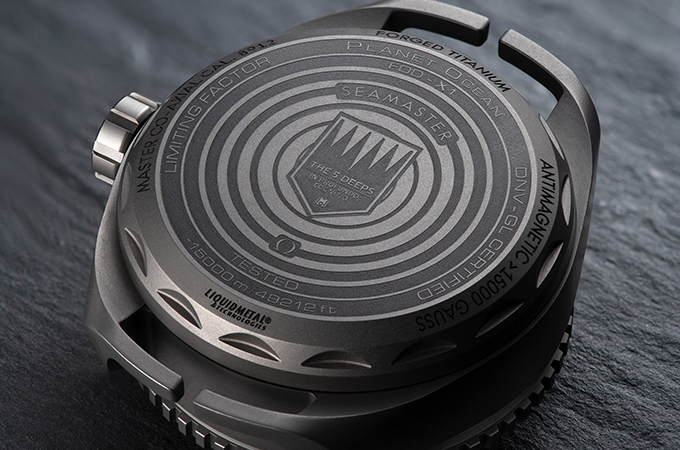