Cessna Aircraft Company, a subsidiary of Textron Aviation, has announced a new order for its Citation XLS+ business jet in China.

Revealing the news ahead of the 2015 Asian Business Aviation Convention and Exhibition (Abace) which gets under way in Shanghai tomorrow, Cessna also said it had won several orders for its Skyhawk training aircraft recently in the country.

The Citation XLS+ has been ordered by FT Business Jets, based in Shanghai, which plans to offer charter operations, matching the XLS+’s range and efficiency with customers’ business and personal travel needs.

“The Citation XLS+ has gained a reputation globally as a top performer in terms of cost and performance; a reputation that now extends to charter operators in China,” says Bill Schultz, senior vice president, Business Development, China. “The XLS+ has the cabin size and amenities required for today’s business executive, and it has the performance and operating efficiency unparalleled in the midsize jet segment.”

As part of Cessna’s continued investment in the growth of China’s midsize business jet market, the company is today hosting the first Citation XLS+ Operator Conference for customers in China. The event, held in Shanghai, is focused on sharing best practices for midsize jet ownership and includes Cessna product and aftermarket service experts, and private and charter jet operators.

The latest incarnation in the best-selling Excel-XLS family, the Citation XLS+ was certified for Chinese operations in early 2014 by the Civil Aviation Authority of China (CAAC), and the first deliveries from the Cessna-AVIC (Zhuhai) joint venture were celebrated in November.

The Citation XLS+ boasts an unparalleled combination of comfort, ease of operation, range of mission capabilities and favorable operating efficiencies.

More than 6,750 Citations have been delivered to customers around the world since the first Cessna Citation business jet was put into service in 1972. Citations are the largest fleet of business jets in the world and have surpassed 31 million flight hours.

The Skyhawk is renowned for offering the best combination of modern features, including the G1000 avionics system, and proven dependability, says Cessna, adding that more Skyhawks have been delivered to customers around the world than any other type of aircraft, with more than 48,000 in service since 1955.

The Cessna Turbo Stationair boasts both cabin comfort and functionality with its Venture Premium Interior package, which offers five spacious cabin arrangements. Featuring the advanced Garmin 1000 avionics suite and GFC 700 autopilot, the Stationair is equipped with a 310 hp turbocharged engine allowing pilots to soar at maximum speeds of 164 ktas at altitudes of up to 27,000 feet.

Textron Aviation, which is home to the iconic Beechcraft, Cessna and Hawker brands, is at the event showcasing popular regional products, including the Citation XLS+ and the Cessna Grand Caravan. In addition, the company is exhibiting a Beechcraft Bonanza G36, Beechcraft King Air C90Tx and Beechcraft King Air 350i.

Textron Aviation is joined at its stand by corporate sister companies Bell Helicopter and TRU Simulation. 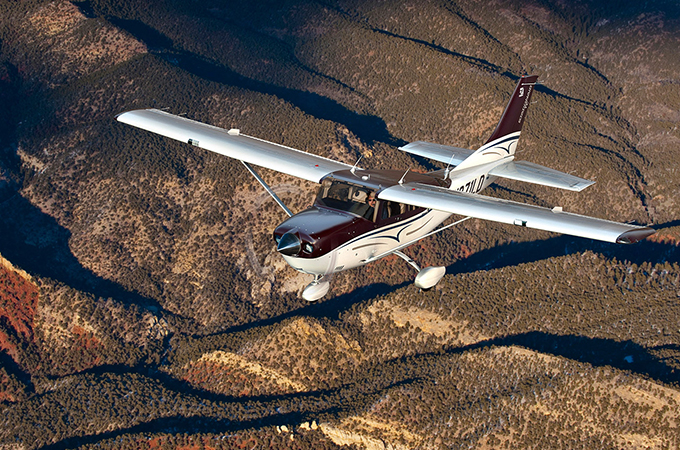 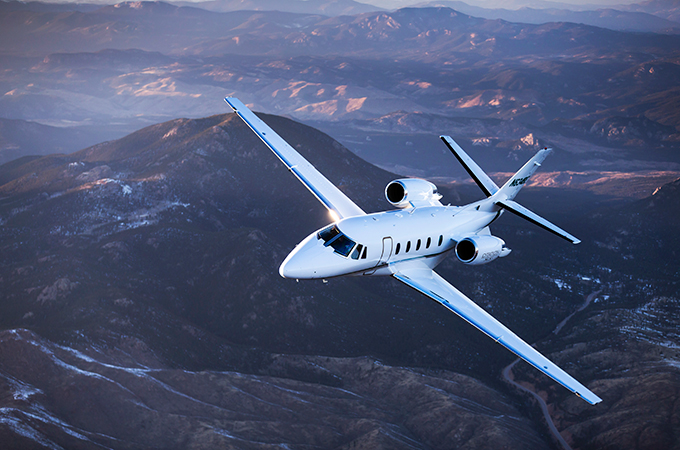 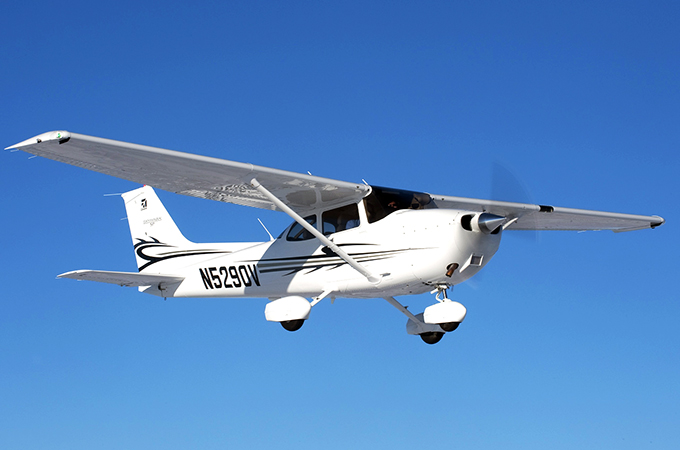