As demand drives real estate prices to new records in London’s Midtown area, Arab investors would do well to look at buying into “one of prime central London’s most exciting emerging markets”.

So says CBRE Residential in its second quarter report on the Midtown market, pointing out that new-build values in the area that lies between the West End and the City hit a record £2,845 ($4,580) per sq ft with average values reaching £1,747 ($2,813) per sq ft, an uplift of 17 per cent compared to the same quarter last year.

Buyers from the UK capital’s financial sector are continuing to invest in the heart of London’s Midtown, and were accountable for just under a third of total sales during Q2, 2014.

During this period, the location has maintained its popularity amongst UK buyers, who purchased 50 per cent of the total properties on the market during the second quarter of this year. This was followed by purchasers from Asian and European markets, who each accounted for 15 per cent of total transactions, the report said.

An increased demand was also seen in the Midtown lettings market, where there has been a 9 per cent increase in rents when compared to the same period in 2013, it added.

Ana Hutchinson, Residential Chief Operating Officer at CBRE, comments: “During Q2, we have seen record values as a two-bedroom new-build apartment in Covent Garden achieved £2,845 per sq ft. This quarter has demonstrated the ongoing demand for high-quality residential property in one of London’s most iconic locations. With average prices still at £1,747 per sq ft however, the area represents a sound investment when compared to higher prices per square foot in traditional Mayfair and Kensington postcodes.

“As Midtown continues to perform as one of prime central London’s most exciting emerging markets, this area has maintained its appeal for strong value for money and a higher potential uplift going forward. Both the sales and lettings markets are also complemented by the improved transport links that Crossrail will bring to the area, particularly as it comes ever closer to completion.”

While a proposal to introduce a mansion tax on properties above £2 million ($3.22 million) is unlikely to impact the residential market, as UK tax rates would remain favourable from a global perspective, new mortgage rules and the threat of increased interest rates are not likely to impact the Midtown market either.

“Despite these potential market changes, the Midtown office continued to see strong demand. The sales team agreed sales worth a total of £39.6 million ($63.7 million), bringing our year to date total to £85 million ($140 million),” the report said.

The lettings team achieved a 9 per cent increase in rental values compared with the same period last year and also saw void periods fall to their lowest level of 27 days, illustrating the high demand for rental property in Midtown. Additionally, the Property Management team saw the average rent paid by tenants living in a property managed by CBRE increase by 5 per cent when compared to rents paid by managed tenants in Q1, it said.

Elaborating further, CBRE said that 70 per cent of its Midtown sales were for new-builds, with the rest being resale projects.

Half of these sales were from UK buyers, followed by those from Asia and Europe, who each accounted for 15 per cent, with those from Africa, America and the Middle East also active.

In addition, going back to 2010, CBRE said it has seen values increase by an average of 16 per cent year on year and it expects average sales values “to breach £2,000 per sq ft by the third quarter next year”.

CBRE says that though the London market has seen exceptional growth over the last five years with prices at Covent Garden and Soho rising by approximately 145 per cent and 185 per cent respectively, the latest data shows a slowdown in price growth in prime central London.

“Over the last year, prices in prime central London grew by a further 16 per cent, pushing them 50 per cent over their previous peak. At the same time, prices across the rest of England and Wales increased 7 per cent and are only now catching up to their 2007 peaks. It is unrealistic to believe that prices can continue to rise at such a rapid rate indefinitely. Thus, a slowdown is certainly not a bad thing. A slowdown does not mean prices are falling; we will simply be growing at a more manageable pace,” the report said.

“That said, the Midtown is still an emerging market within prime central London and continues to offer good value for money and a higher potential uplift going. This is due to improving transport links, as the Crossrail project comes closer to completion, along with improvements across a range of amenities such as shops, bars, restaurants and theatres within the area.”

The majority of CBRE’s offerings in Midtown are boutique, individual developments of between four and 20 units, adding to the “exclusivity and safety of investing into Covent Garden and Soho”.

Soho is still traditionally viewed as London’s entertainment centre and main media district. However, in recent years, it has also become one of London’s most desirable places to live. Recognising this, developers are now focusing much of their attention on the area and there are currently over 260 new homes in the pipeline, says CBRE.

New developments of interest in Soho include:

• The Pathé Building on 103 Wardour Street, a newly refurbished building in the heart of Soho comprising 15 apartments, including two large penthouses with their own private roof terraces, on-site gym and concierge service.

• 15 Hollen Street, a fantastic new development on the corner of Hollen Street and Wardour Street occupying the 5th and 6th floors with far-reaching views over the West End. The 10 apartments have been designed to a high specification with many benefitting from their own private roof terrace. The development includes off street parking, secure and discreet residents entrance and lift access. Prices start from £1.25 million ($2.01 million) with completion set for the end of 2014.

Here are a look at some other choice options:

The Palladio: There are two apartments remaining at The Palladio, a stunning new development made up of eight premier lateral apartments in buzzing Covent Garden overlooking the Piazza. The polished reception area provides a warm and inviting welcome into the classically designed building. This particular apartment within the development features two spacious bedrooms with bespoke joinery, each of the two bathrooms are fitted with marble herringbone floors and gold leaf mirror frames.

A large open plan kitchen and reception area is flooded with light thanks to large, expansive windows. The kitchen is fitted with the latest in Gaggenau appliances.

Craven Street: This spectacular Grade II listed townhouse is located in a perfect West End location between Covent Garden and the River Thames. The property showcases meticulously refurbished, spacious interiors extending over six storeys. Located just off the Strand, residents couldn’t be in a better place for experiencing everything London has to offer.

6-8 Maddox Street: This development, scheduled for completion in April 2015, has five apartments for sale ranging from one to four bedrooms.

New Cavendish: Four superb lateral apartments are available in the heart of Marylebone. One flat per floor means this development is highly unique, with dual aspect and fantastic design offers on what will be one of the best addresses in W1. Overlooking Waymouth mews, the building is in the centre of the medical district, a short walk to Marylebone Village and moments from Regent’s Park. 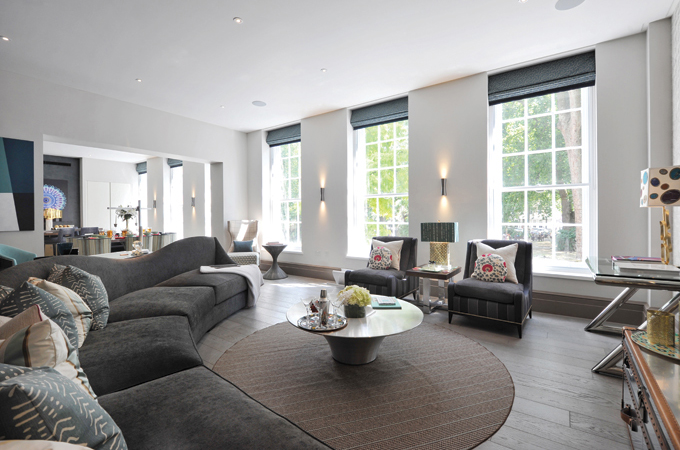 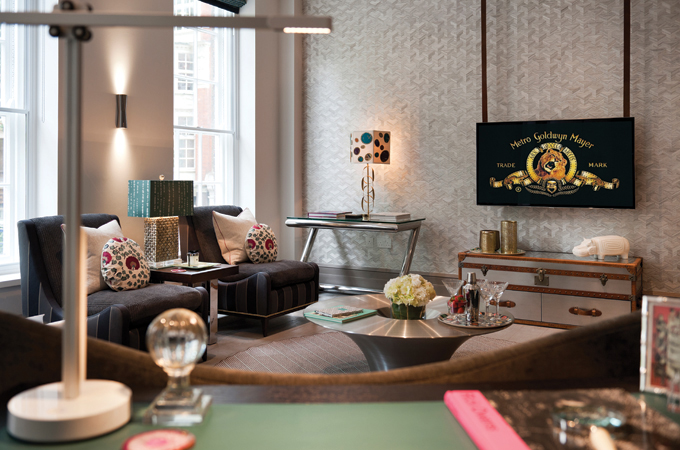 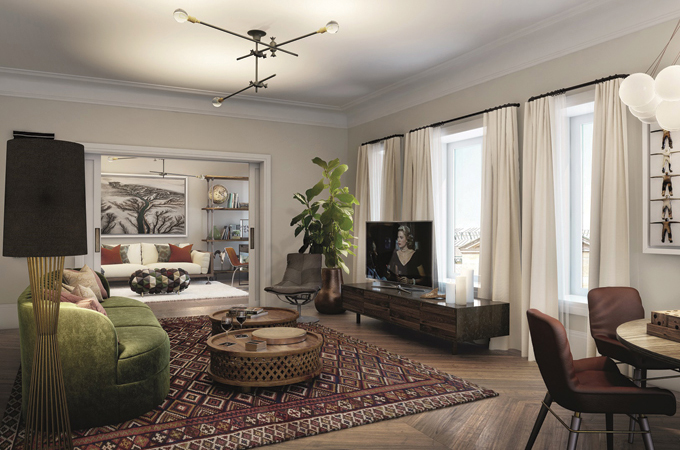 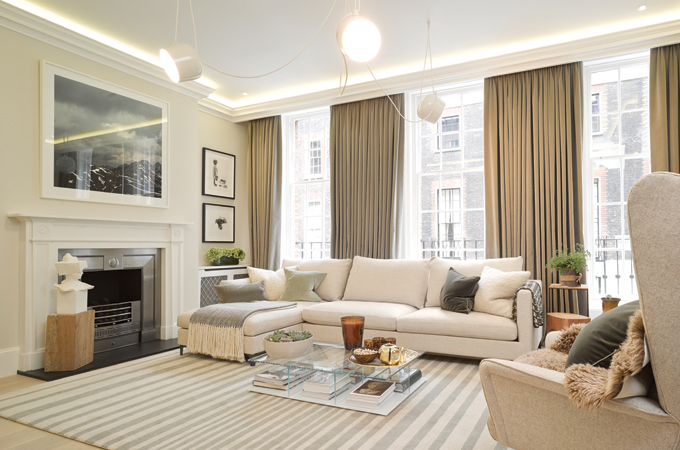 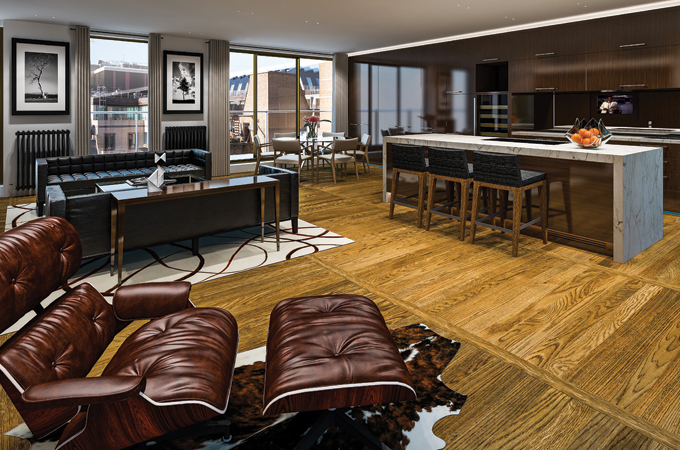 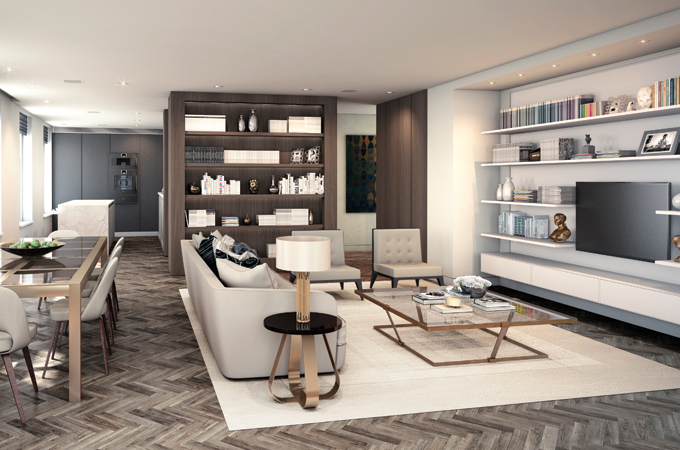 "
Midtown is still an emerging market within prime central London and continues to offer good value for money and a higher potential uplift going. This is due to improving transport links, as the Crossrail project comes closer to completion, along with improvements across a range of amenities within the area