Malta, a small Mediterranean island nation, has been punching above its weight in recent years with a robust economic growth brought about by a reformist, pro-people leadership.

The country of about 450,000 people and an area of about 316 sq km is just a dot on the global map, sitting pretty in the blue Mediterranean. However, its voice is powerful and well respected in the European Union, of which it has been a member nation for the past 15 years, and around the region.

Arabian Knight was recently provided with the opportunity to have an exclusive interview with Malta’s Prime Minister Dr Joseph Muscat, at his imposing office in Valletta.

As you walk to the Prime Minister’s office in the historic quarters of Valletta with a number of colonial buildings vying for attention, there is a palpable vibrancy in the air. Tourists merge with relaxed-looking locals as they stand outside the building and take selfies, with no security officials to shoo them away or make them fall in line!

Dr Muscat is one of the youngest prime ministers across the globe. He first took the office in 2013 and was re-elected in 2017; he is just 45 now.

With a strong reformist agenda that is focused on diversification and innovation, he has brought about a major economic turnaround in the once sleepy island. Malta is today the fastest growing economy (around 7 per cent) in the European Union and it has enormous ambition and resolve to succeed.

With a warm welcome and a firm handshake, the young leader eases this writer into the conversation. There is a relaxed atmosphere in the stately, elegant office.

Many questions to ask, but time is short since Malta is hosting the summit of Southern Mediterranean nations the next day and the Prime Minister has granted this interview despite his very hectic schedule.

Let’s begin with the relations between the Gulf states and Malta. Arab countries in the Gulf and Malta have great synergies backed by historical ties that can be exploited to further enhance relationships in every field, he says.

“These relations have always been good. The only difference from time to time is whether it’s good, very good or excellent. I would say it’s very good now,” he says with a smile.

He goes on to add: “The fact that we find ourselves at home with the Arab world and the Arab people find themselves at home in Malta is because of the nature of our country, our culture and our society. We are essentially a mixture of cultures or people, who have over time found a base here.

“Our language, in itself, is the biggest example of the Arab influence in Malta. Apart from this, our openness and our history as a merchant nation, make us cosmopolitan in nature and naturally inclined to be open to other people,” he adds.

Malta is promoting itself as an ideal investment destination. Asked what are the guiding principles for the country in attracting foreign investment, particularly from the Gulf region, the Premier explains: “Malta doesn’t see things only from the prism of a business perspective. Everything starts with people-to-people relations. The proximity in terms of culture, mentality and mutual understanding is the basis for relationships between countries.

“Secondly, the acknowledgement that this region needs stability and peace -- that has always been a central part of Maltese foreign policy and the country has earned a lot of respect for saying things at times are not popular.

“The third is definitely the business and trade. Business acumen is almost complementary, especially between the people of the Gulf and the Maltese. We are also complementary in our offer, in the type of the value addition we bring to the table -- capital on one side and knowhow on the other. It is not a winner takes all approach; it’s a synergetic approach where we manage to create even more value together,” he highlights.

Dr Muscat’s administration is known for its flexibility, accessibility and foresight; and he is also popular with the common man for his ‘can do’ approach.

Discussing how the changes have been brought about, he says: “I think the main point is not being afraid of reforms, not being scared of changing things that have been the same for so many years. We started by focusing on the most pressing and needed reforms. The first was in the energy industry, a sector that was, I would say pre-historic in industrial terms. And the changes effected brought about cleaner and cheaper energy. It increased our competitiveness, while at the same time increasing the purchasing power by our households. That spurred off a cycle of growth in our economy.

“Then there was the much-needed reform in the labour market that made it more convenient for people to get into employment, look for jobs or get themselves economically engaged. We had a large problem of lack of engagement of females in our workforce. With the reforms we enacted, chief among them the free universal child care, we managed to motivate and enable many women to engage in the labour market.”

Turning to tourism, Muscat says Malta's unique selling points are the country's history, culture and the fun factor that it offers.

"All these elements are difficult to find in one place anywhere else. We have such a big concentration of history, culture and at the same time a lively place with plenty of great lifestyle offerings. We truly have a unique destination."

With a chuckle, the Prime Minister says size matters. "Sometimes people smile while I say this …it’s our size. We are such a small country, we are one of the very few places where you can go in the morning to visit a world heritage site; in the afternoon enjoy yourself on the beach, and in the evening come back to have a nice dinner.

"The size of the country makes it possible for you to maximise the time you spend with us. I think that is another unique selling point for us."

Told of the journalist's predicament in writing a headline for such a diverse destination, Dr Muscat immediately comes up with: "I would say 'Treasure Island'".

*The above is an extract from the interview. Please read the detailed interview in the next issue of Arabian Knight. 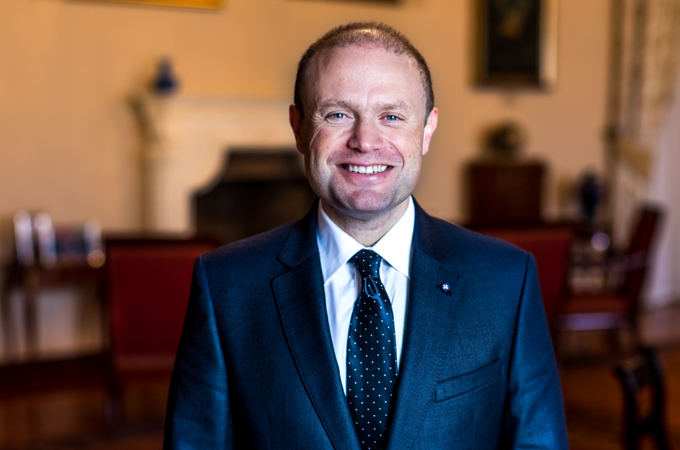 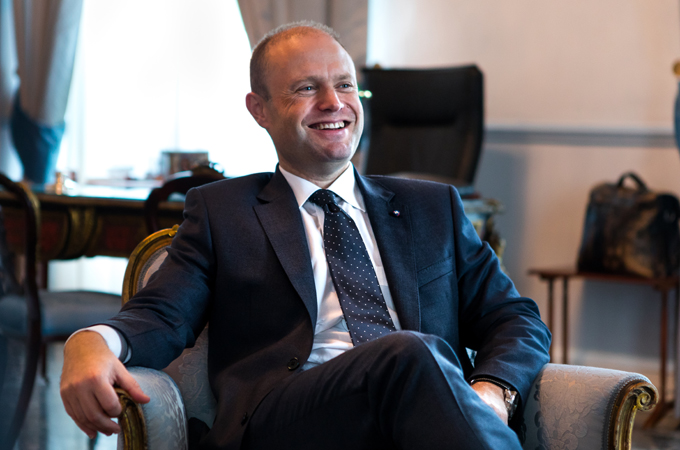 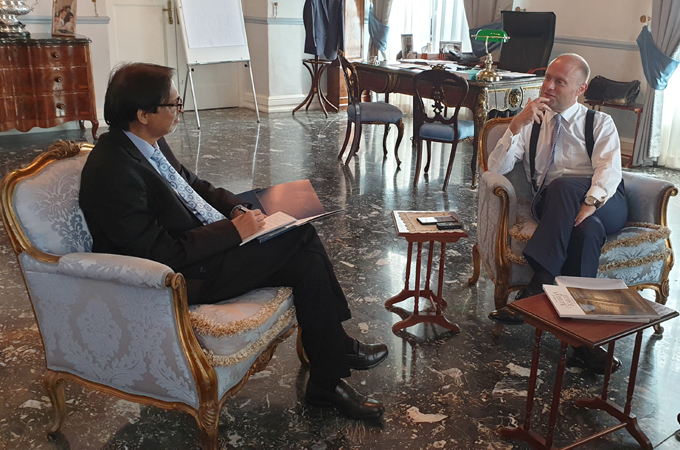 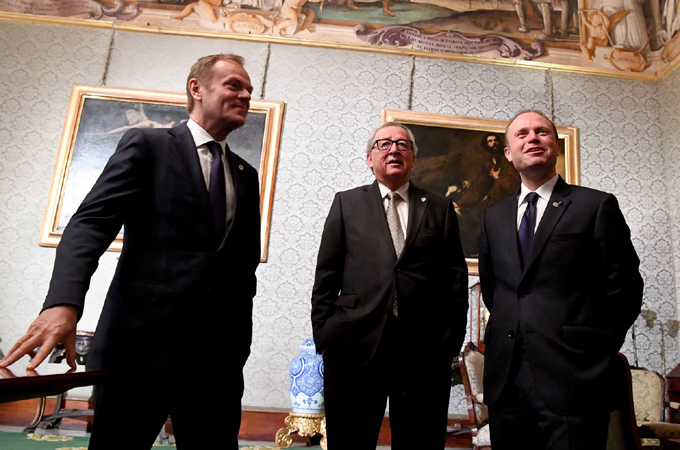 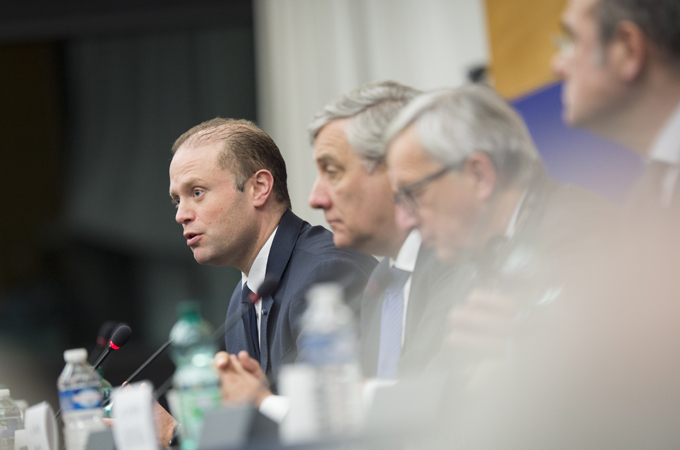 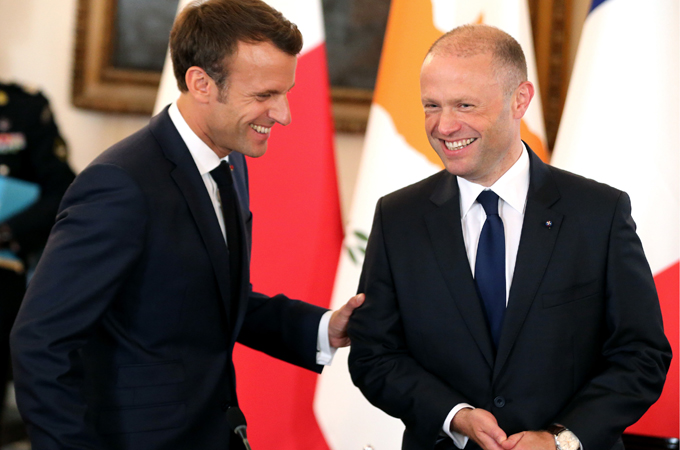 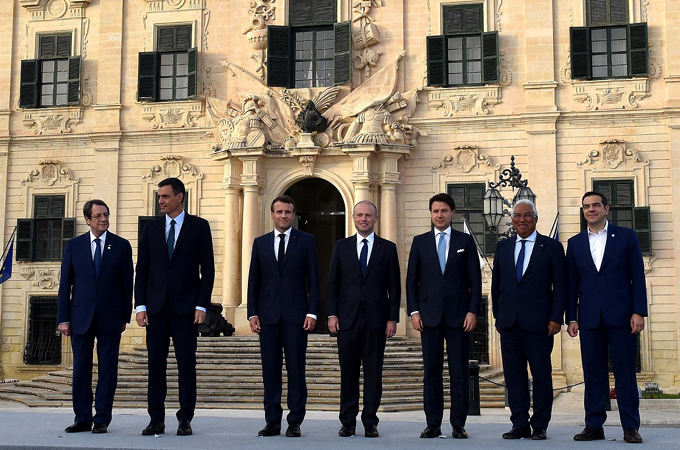