The global economy is running at different speeds, and while the US is set to tighten monetary policy, Europe and Japan are heading in the other direction, says Cesar Perez, Global Head of Investment Strategy at JP Morgan Private Bank.

He continues: Healthy economic growth should support corporate profits in developed markets, which we believe will be a key investment theme for this year. Unlike in 2014, we believe the probability of the central scenario is lower and tail risk probability will be higher, both for positive and negative scenarios. In Europe fast credit growth could be a positive tail event. An increased risk of political disruption could be a negative tail event, especially with several elections coming up in the euro area (including the Spanish general elections).”


US LEADING THE WAY

US economic data has been consistently strong, including 11 consecutive months of non-farm payrolls above 200,000 (see figure 1), a rapid decline in the unemployment rate, an increase in vehicle sales, and business surveys ticking higher.

Therefore, the bank believe US equities will have another good year in 2015. While equity multiples are higher in the US than in other regions, the rate of growth and economic fundamentals look relatively stronger.

Low inflation is present across the region and is now a significant risk (see figure 2). The European Central Bank (ECB) is likely to face ongoing political uncertainty, which could slow the reform agenda in individual countries and suppress growth. In the meantime, ECB’s QE will act as a safety net for some time while investors await clarity on the region’s political uncertainty.

Among developed equity markets, Japan remains one of the bank’s convictions, Perez points out.

“Despite the weak GDP growth, there are signs that Abenomics is working. Inflation and forward expectations are now above zero, and full-time employment and wages are growing at their fastest rates in years. We believe reflation and the Bank of Japan’s asset purchases are good news for investors in Japanese equities. We would focus on businesses that have improved their earnings noticeably. Equity valuations also appear attractive.”

“The US Federal Reserve (Fed) is likely to raise rates gradually from the second half of the year. Wage growth has not yet reached the Fed’s target and inflation remains low enough to allow the Fed to be patient. Economies around the world are picking up at different speeds, and we believe US interest rates are a reflection of global sentiment rather than US economic fundamentals. Despite the low rate environment, we believe investors should remain cautious when investing in high-yield credit in the energy sector, given the recent fall in oil prices. Furthermore, European and US interest rates are likely to continue to diverge, enhancing potential returns for agnostic fixed income managers.”

JP Morgan Private Bank is a marketing name for the private banking business conducted by the US-headquartered JPMorgan Chase & Co and its subsidiaries worldwide. 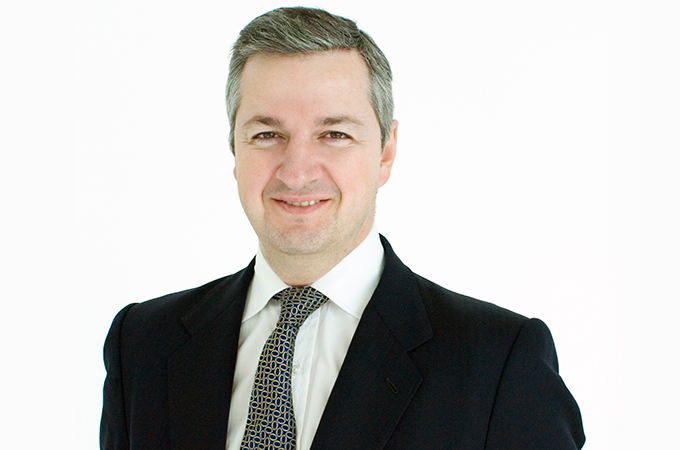 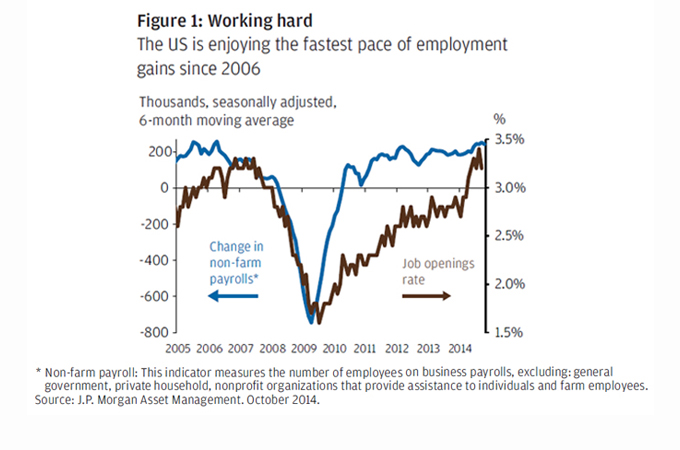 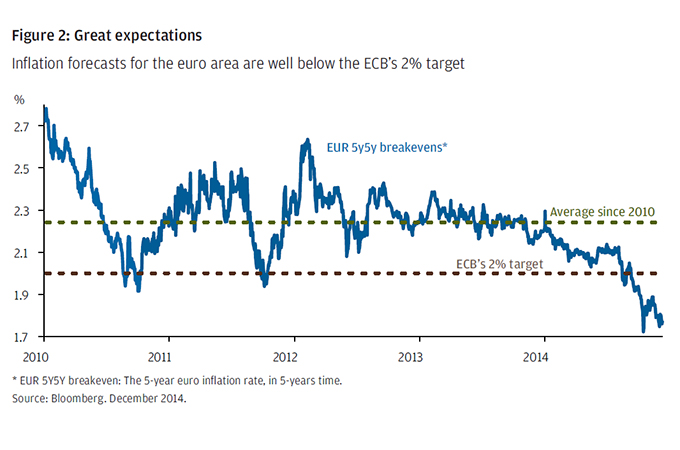