Embraer Executive Jets showed off its entire aircraft portfolio at the annual National Business Aviation Association (NBAA) Convention and Exhibition, which was held in Orlando in the US in October.

This was the first time that the company showcased all seven aircraft on static display, including a prototype of the Legacy 450 mid-light jet, which is expected to be certified in mid-2015.

“We are thrilled to bring the Legacy 450 to NBAA alongside the Legacy 500, which was just delivered to the first customer,” says Marco Túlio Pellegrini, President and CEO, Embraer Executive Jets.

The portfolio of Embraer Executive Jets was on static display at Orlando Executive Airport for the event.

“The entry into service of the Legacy 500 is yet another important achievement by our company,” says Pellegrini. “Our teams developed a revolutionary product, which symbolises our commitment to offer our customers the most innovative solutions in the industry.”

The Legacy 500 is the first of a new generation of business jets, and redefines the midsize category. With sophisticated technologies never before seen in their respective classes, this aircraft also brings innovation to the manufacturing system, with extensive use of automation, robotics and paperless assembly processes.

The fleet of Legacy 500s, which now begins operations, will be sustained by a broad support network, already established by Embraer Executive Jets. In addition to the owned and authorised service centres, a contact centre, which operates 24 hours a day, 365 days per year, is available to customers with experienced professionals, ready to respond to a variety of needs.

The Legacy 500 is said to have the best-in-class six-ft flat-floor cabin, which is comparable to those of some aircraft in the super midsize category. Eight club seats may be berthed into four beds for complete rest in a cabin altitude of 6,000 ft. The in-flight entertainment system consists of a high definition video system, surround sound, multiple audio and video input options, a cabin management system, and three options for voice communications and connectivity.

The Legacy 500 is capable of flying at 45,000 ft and is powered by two Honeywell HTF7500E engines, the greenest in their class. Taking off from airfields as short as 4,084 ft, the Legacy 500 has a range of 3,125 nautical miles (5,788 km) with four passengers, including NBAA’s IFR (Instrument Flight Rules) fuel reserves, which enables it to fly non-stop from São Paulo to Caracas (Venezuela), Los Angeles (US) to Honolulu (Hawaii), Teterboro (US) to London (UK), Moscow (Russia) to New Delhi (India), Jakarta (Indonesia) to Sydney (Australia), Dubai (UAE) to Zurich (Switzerland), and Beijing (China) to New Delhi.

Meanwhile, Embraer reported it had record backlog and delivered 19 commercial and 15 executive jets in the third quarter of this year.

By the end of the third quarter, Embraer’s firm order backlog reached $22.1 billion, the highest in the company’s history, driven mainly by the signing of the contract of the supply of 28 KC-390 cargo aircraft to Brazil’s Air Force and the firm order for 50 E175 jets signed with Republic Airways Holdings, the operator with the largest fleet of E-Jets in the world.

The Republic Airways’ ordered aircraft, whose deliveries are scheduled to begin in the third quarter of 2015 extending into 2017, will be operated by United Airlines under the United Express brand. Another highlight of the quarter was the firm order for 15 E-Jets, comprising the E170 and E190 models, signed with Japan Airlines (JAL). Deliveries of the new E-Jets to JAL are set to begin in 2015.

Embraer is the world’s largest manufacturer of commercial jets up to 130 seats, and one of Brazil’s leading exporters. It has offices, industrial operations and customer service facilities in Brazil, China, France, Portugal, Singapore, and the US. Founded in 1969, the company designs, develops, manufactures and sells aircraft and systems for the commercial aviation, executive aviation, and defence and security segments. It also provides after sales support and services to customers worldwide.

Embraer entered the business aviation market in 2000 with the Legacy jet, which led to the launch of Embraer Executive Jets in 2005. Its portfolio, the broadest in the market, consists of the entry-level Phenom 100E and the Phenom 300 light jet, the Legacy 500 midsize and Legacy 450 mid-light, the super midsize Legacy 600 and large Legacy 650, and the ultra-large Lineage 1000E. Embraer Executive Jets has a fleet of about 800 aircraft in more than 50 countries, supported by a global network of close to 75 owned and authorised service centres, and parts distribution centres, backed by a 24/7 global customer contact centre. 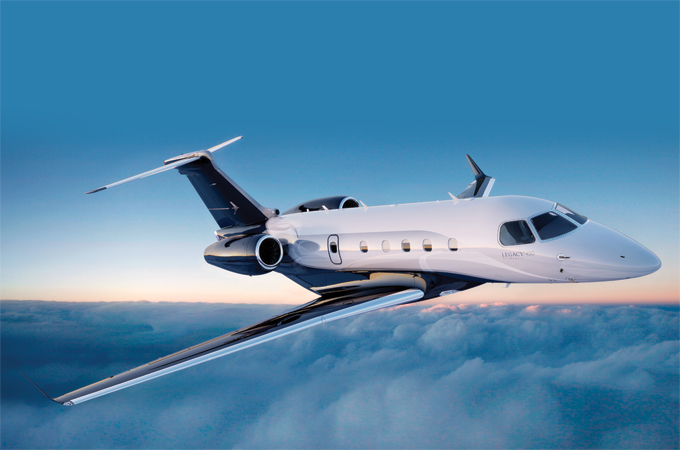 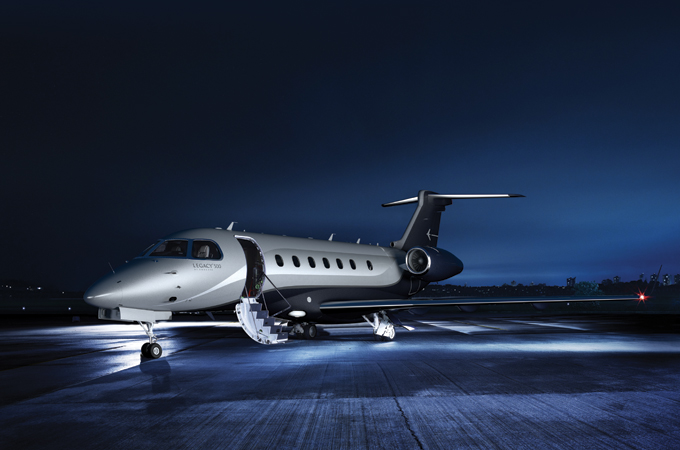 "
We are thrilled to bring the Legacy 450 to NBAA alongside the Legacy 500, which was just delivered to the first customer – Pellegrini