Jumeirah Group has signed an agreement to operate a luxury resort on Saadiyat Island in Abu Dhabi, UAE.

The agreement was signed with Sheikh Suroor bin Mohammed Al Nahyan, whose company Sheikh Suroor Projects Department (SSPD) is developing the resort with Ghantoot Group as the contractor at a cost of $234 million.

Set in a prime location on the north eastern coast of Saadiyat Island, the property will be the most luxurious five-star resort in Abu Dhabi.

Expected to open in 2017, the hotel will comprise 294 rooms including spa suites, presidential suites and private high-end villas. Food and beverage outlets will include an all-day dining venue, two signature restaurants, a lobby lounge and bar, a pool and beach bars, retail shops and outdoor beach and pool areas.

Once complete, the Sa’adiyat Island masterplan development will be made up of seven districts which will house and be home to 150,000 people.

The districts will include The Louvre and The Guggenheim museums, a Performing Arts Centre, nine kilometres of beaches, six luxury hotels and resorts, a championship golf course with luxury apartments, the Monte Carlo Beach Club, a promenade, a marina and the Sa’adiyat Retreat where the Jumeirah Sa’adiyat Island Resort will be located.

Sheikh Suroor said: “At a great seaside setting we have invited Jumeirah to offer their warm, consistently superior service in style. Original architecture and interior design with special touches and attention to detail makes us all feel good. We welcome guests to relax on one of the best beaches in Abu Dhabi.”

Gerald Lawless, President and CEO of Jumeirah Group, said: “We are delighted to have been chosen by His Highness Sheikh Suroor bin Mohammed Al Nahyan to operate his second Jumeirah hotel in the emirate of Abu Dhabi and build on the success of Jumeirah at Etihad Towers. Abu Dhabi’s ongoing and impressive development as a tourism destination will be further enhanced by the Sa’adiyat Island project. It’s an exciting and ambitious venture and we look forward to bringing our Jumeirah resort experience to the Island.”

A global hotel company and a member of Dubai Holding, Jumeirah currently operates 22 hotels, resorts and residences, including 11 in the Middle East, six in Europe and five in Asia. A further 26 hotels are in the pipeline. 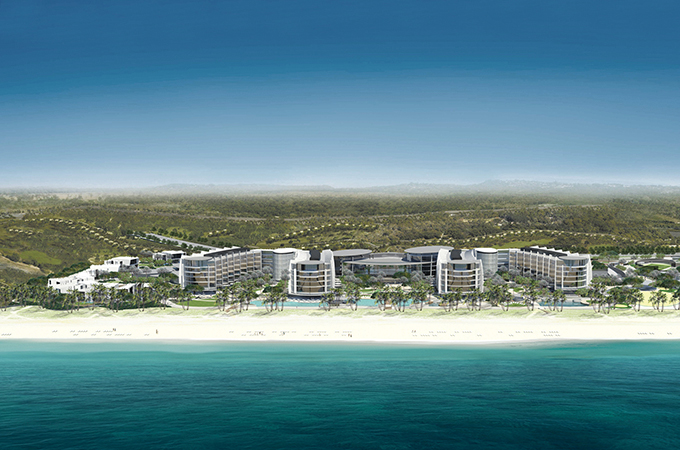