Swiss luxury watchmaker Piaget has unveiled a watch that sets a new record in thinness, confirming its mastery of ultra-thin complication movements.

With its resolutely contemporary aesthetic, the entirely skeleton-worked model has a remarkable inverted architecture and is the latest addition to Piaget’s Black Tie collection.

Setting the perfect finishing touch, the movement adorned with remarkable haute horlogerie finishes reveals its exceptional construction on the display side, free of any dial that might disturb this vision.

The new model comes in two versions: a modern and sophisticated white gold version; and a more classic pink gold interpretation with a movement entirely made of gold.

Dedicated to shaped cases radiating a distinctive, masculine elegance and housing the main complications from the maison, the Black Tie line with its instantly recognisable design highlights a remarkable level of finishing applied both to the movements and the exterior.

This collection embodies Piaget’s two-fold expertise, expressed through the construction of watch movements ranging from the simplest to the most complicated, along with perfectly mastered production of original cases.

The case measures 46.5 mm in diameter and the watch is fitted with a brown or black alligator strap secured by a gold folding clasp. 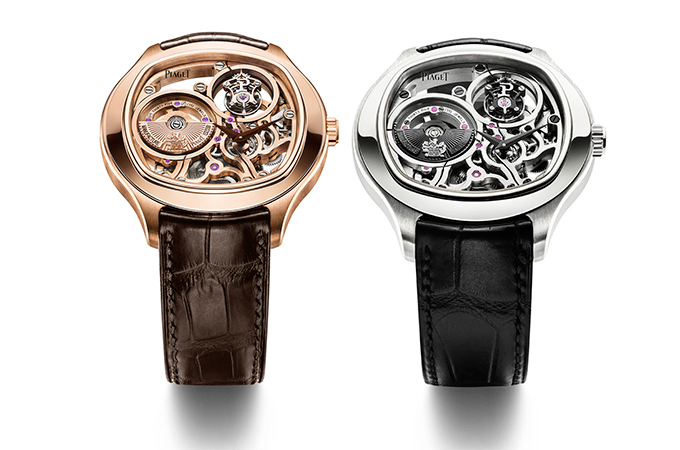 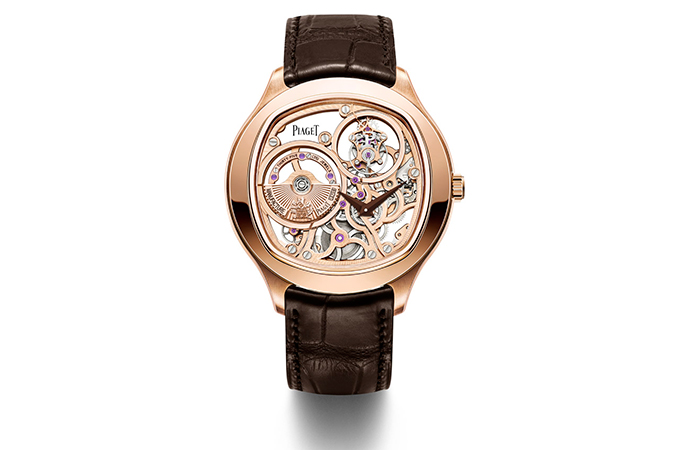 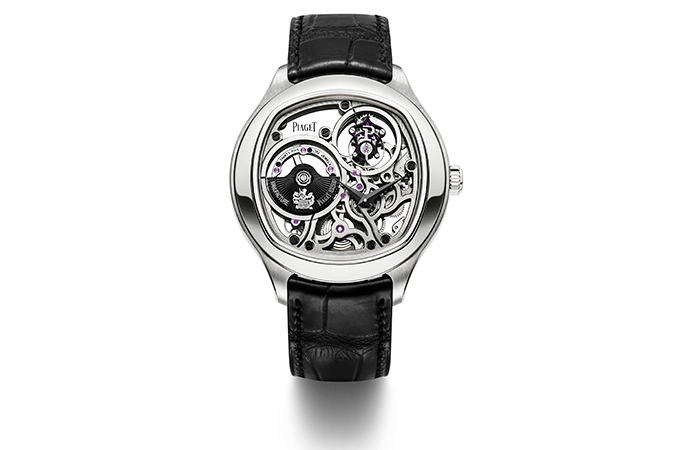 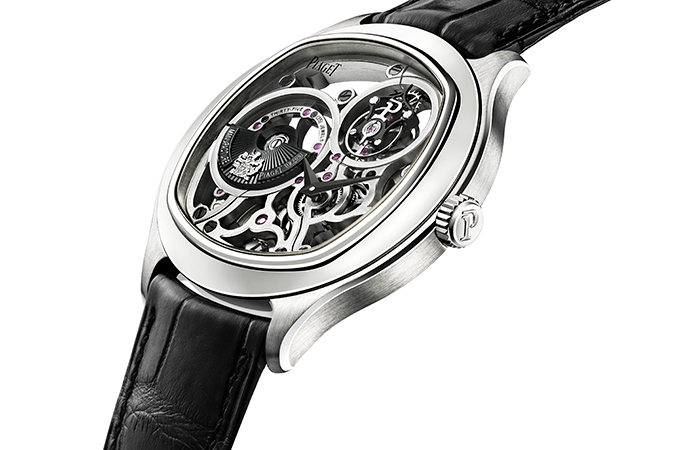 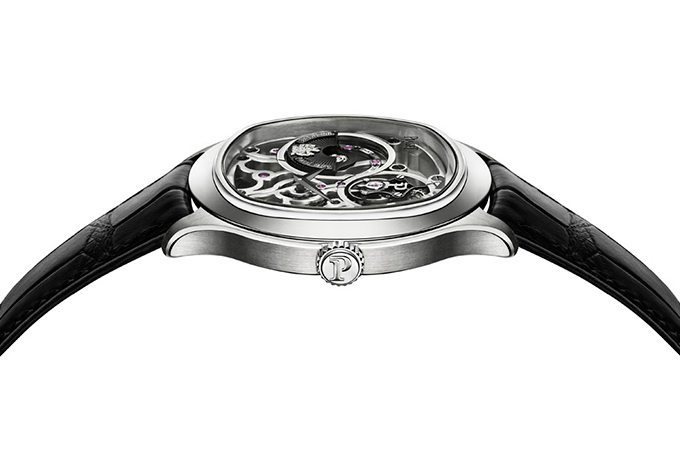 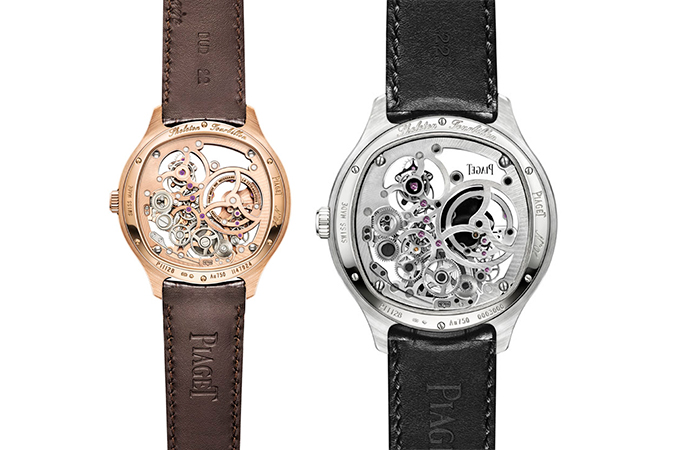 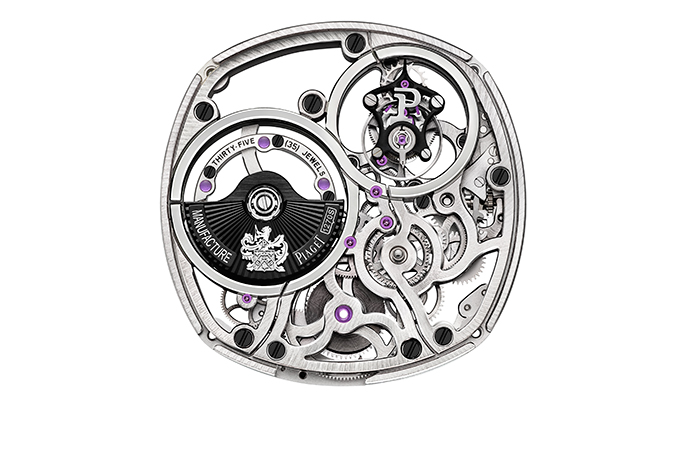 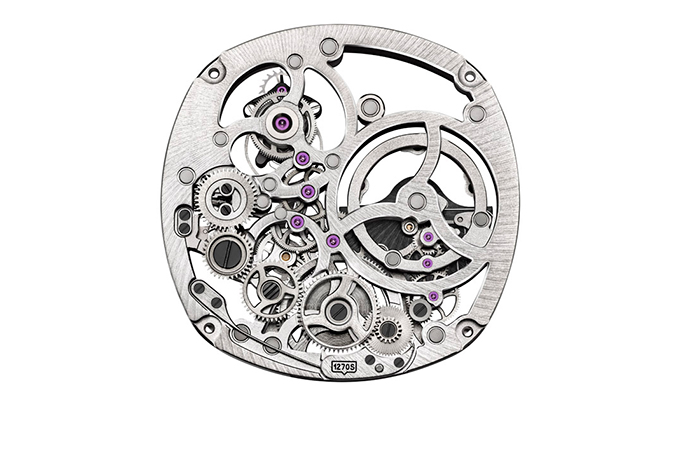 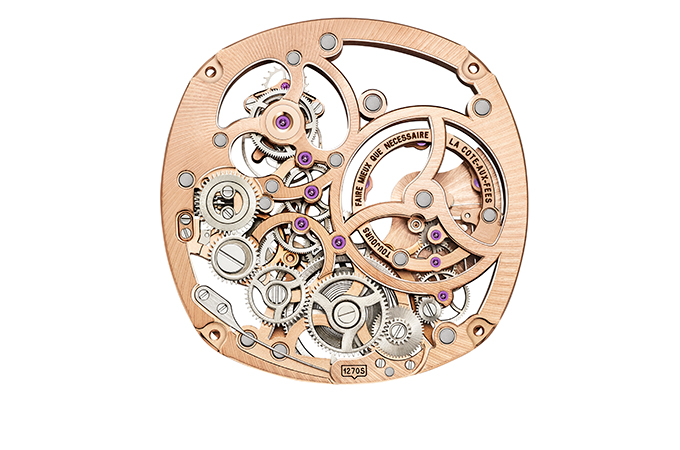 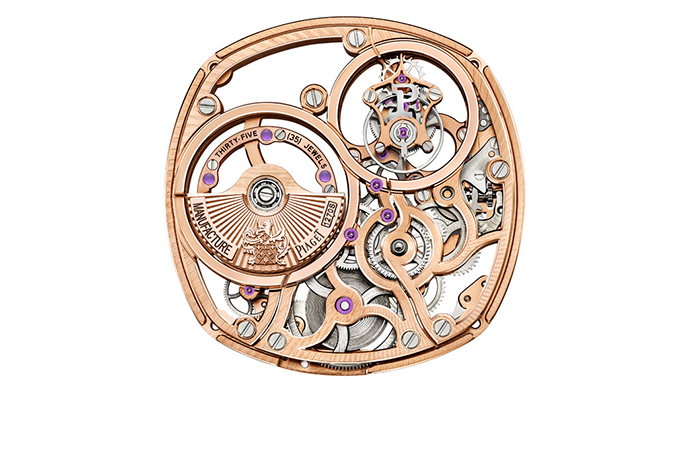 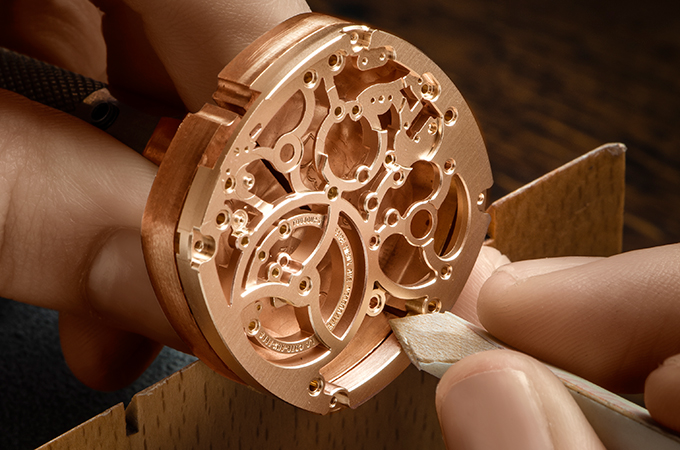 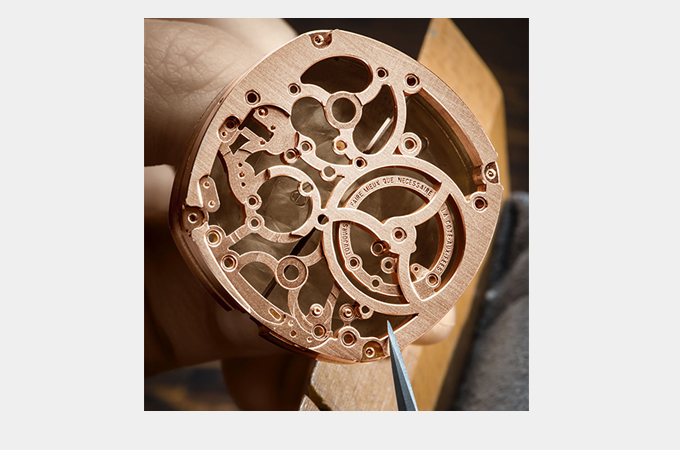