UBS Wealth Management's latest research forecasts further short-term weakness in the price of crude oil, but indicates that gains in the latter half of the year will take the price to between US$67-72 per barrel by the end of 2015.

The report, published ahead of UBS’s Chief Investment Office (CIO) roadshow to the Middle East, suggests the market is yet to see the end of the downside momentum following a drop of between 12-15 per cent in the price of crude oil since the start of 2015.

Investors are being urged to avoid direct exposure to oil, with the lack of supply adjustments from Opec keeping oil prices lower and providing backdrop for further price extremes over the next three months. The report indicated that over the first half of 2015 oil oversupply is expected to hit between 1–1.5 mbpd (million barrels per day). Although the oil market is rebalancing, as seen by the considerable curtailments in capital spending, there will be a lag in the impact on supply.

Mark Haefele, Global Chief Investment Officer of UBS Wealth Management, said: “The outlook for oil in the first half this year remains negative, amid the lack of immediate supply adjustments in an oversupplied market. That said, with non-Opec supply growth decelerating and demand for oil improving in the second half of 2015, we expect oil prices to rise and trade around the $70 dollar per barrel mark as we head in to 2016."

The report suggests there is a 25 per cent probability that Brent and West Texas crude oil prices could stay below $40 per barrel over the next six months.

The bank’s 12-month forecasts, which still signal a recovery in crude oil prices, are lower than previous estimates, at $72 per barrel and $67 per barrel respectively for Brent and West Texas crude.

Haefele said: “A central theme of our recently published CIO Year Ahead investment outlook was the risk inherent in an increasingly diverging world, and that risk includes oil. We also urged caution for a number of other reasons including the return of geopolitical tension, misalignment in central bank strategies and uneven global GDP growth to name a few.

"However, a diverging world also brings opportunities. We see the magnitude and frequency of turbulent market events likely to rise in 2015, but with global growth still apparent overall, our base case is still one of positive overall financial asset returns."

According to the 2014 Wealth-X and UBS World Ultra Wealth Report, the Middle East saw the fastest growth in terms of both the ultra-high net worth (UHNW) population and wealth last year, for the second year in a row. The region’s UHNW population swelled to 5,975 individuals with a combined net worth of almost $1 trillion, a 12.7 per cent and 13.1 per cent increase since 2013, respectively.

Haefele will be in Dubai, UAE, presenting UBS’s annual CIO Year Ahead report, this year entitled ‘A Diverging World,’ on February 4. 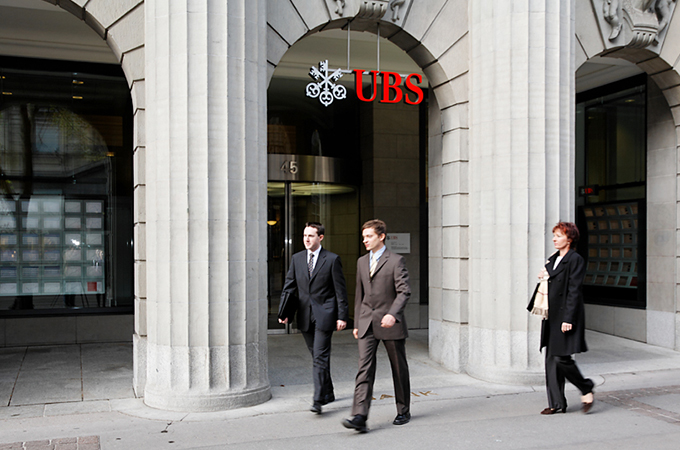