Officine Panerai has unveiled a new version of its submersible Luminor diver’s watch made from a composite material called carbotech, which the manufacture says has “never before been used in the world of watchmaking”.

The Luminor Submersible 1950 Carbotech was revealed along with other limited edition models at the 25th annual Salon International De La Haute Horlogerie (SIHH 2015), which was held in Geneva, Switzerland, last week.

The new watch’s case is made of carbotech, a composite material based on carbon fibre, and never before used in the world of watchmaking, says Panerai, adding that the innovation makes each example of the Luminor Submersible 1950 Carbotech different from the others.

In addition to its exceptional technical performance, carbotech has an uneven, matt black appearance, which varies according the cutting of the material: the result is that each example is unique, it says.

The structure of carbotech is designed to enhance both the aesthetics and the performance of the material, which is used to make the case, the rotating bezel and the lever bridge which protects the winding crown.

To form the plates of carbotech from which these components are made, thin sheets of carbon fibres are compressed under high pressure together with polyether ether ketone (PEEK), a high-end polymer which binds the composite material, making it even stronger and more durable.

The carbon fibres used are very long, to ensure great aesthetic uniformity, and the sheets are superimposed and pressed together in such a way that the fibres of each layer are set at a different angle to the ones above and below it.

Paneria points out that with this structure, the mechanical properties of carbotech are much higher than other materials used in the world of watchmaking such as ceramics and titanium. Carbotech is lighter than these and much more resistant to external solicitations, as well as being hypoallergenic and not subject to corrosion, it points out.

While the technology of the material looks to the future, every detail of the design of the watch is faithfully inspired by the history of the brand.

The Luminor 1950 case (47 mm in diameter), developed by Panerai in the late 1940s to be worn on the wrists of commandos of the Italian Navy, is enhanced by a rotating bezel with markers consisting of small studs, inspired by the model created by Panerai for the Egyptian Navy in 1956.

The bezel rotates only anti-clockwise and enables the time of immersion to be calculated: a very useful function for a professional underwater instrument which is tested for water-resistance up to 30 bar (about 300 m).

The dial of watch is black with applied hour markers, the date window is at three o’clock and the small seconds counter marked by Panerai blue details is at nine o’clock.

The screw-in caseback, which helps to ensure the watch’s high degree of water-resistance, is made of titanium with black treatment and it is engraved with elements characteristic of the Panerai brand: “Florence 1860”, the city and year of birth of Panerai watchmaking, and the image of a slow speed torpedo (SLC), the notorious “pig” on which in the 1940s the commandos of the Italian Navy sailed through the depths of the sea on their missions while wearing instruments made by Panerai.

The technological heart of the watch is the P.9000 automatic calibre, made by the Officine Panerai manufacture in Neuchâtel, Switzerland.

The movement, 13¾ lignes in diameter, has two spring barrels giving a power reserve of three days, and the oscillating weight rotates in both directions. To ensure accuracy when setting the time, the movement has the device which stops the balance wheel while the hour hand moves forward or backward in increments of one hour, without interfering with the progress of the minute hand. The oscillation frequency of the balance is 28,800 vibrations per hour.

Identified by the reference PAM00616, the Luminor Submersible 1950 Carbotech is fitted with a black rubber strap, personalised for the first time by the OP logo in Panerai blue.

Other new models revealed at SIHH included the new 47-mm Luminor Submersible 1950 3 Days Chrono Flyback Automatic Titanio; the new Radiomir 1940 Equation of Time 8 Days and the Luminor 1950 Equation of Time 8 Days, limited to 200 and 100 units; the new Mare Nostrum Titanio, a special edition of the “greatest interest” consisting of only 150 units; and the Radiomir Firenze 3 Days Acciaio, limited to  99 examples and sold exclusively in Officine Panerai’s historic boutique in Piazza San Giovanni in Florence, Italy. 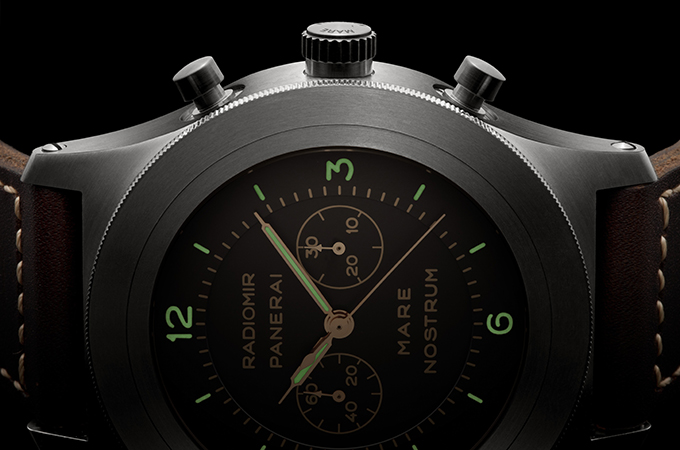 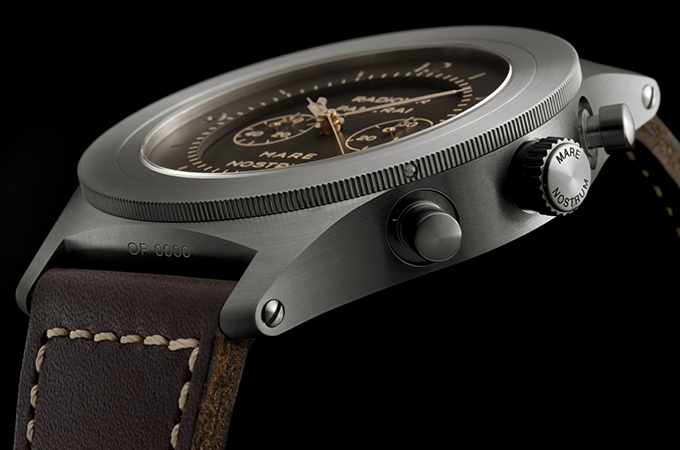 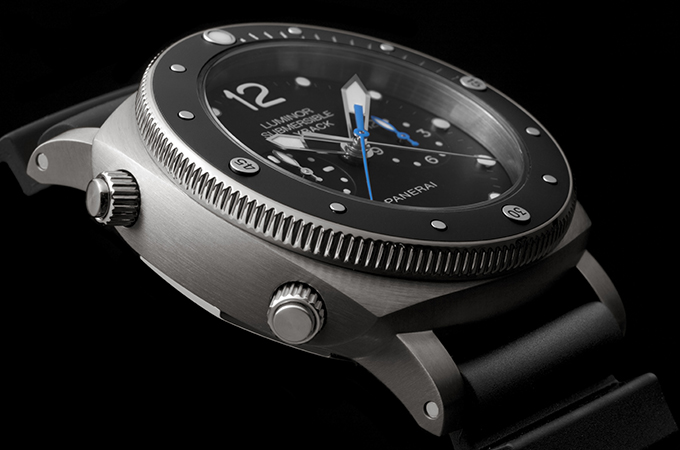 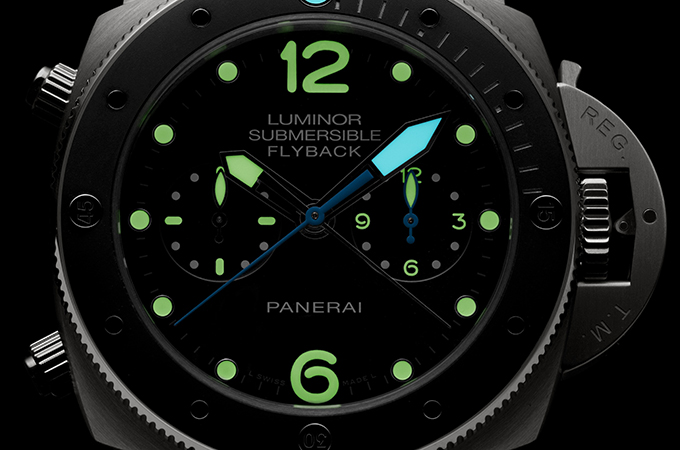 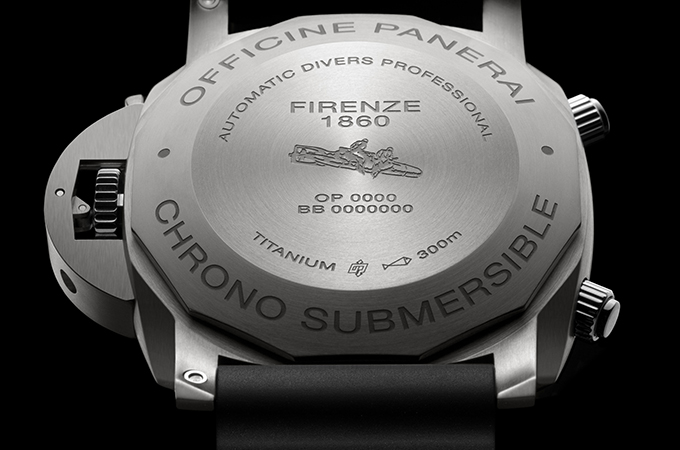 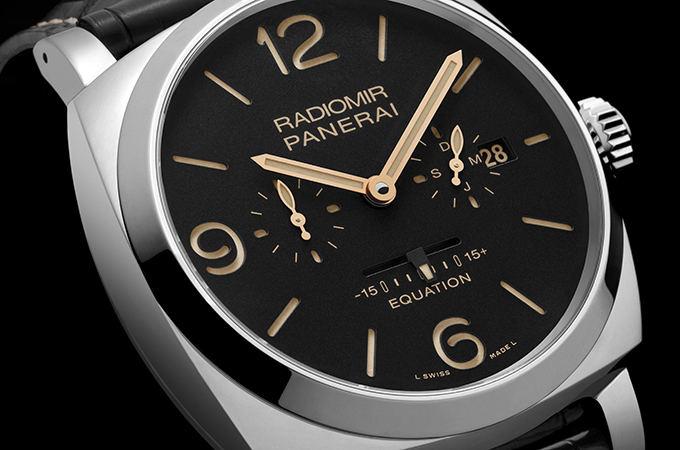 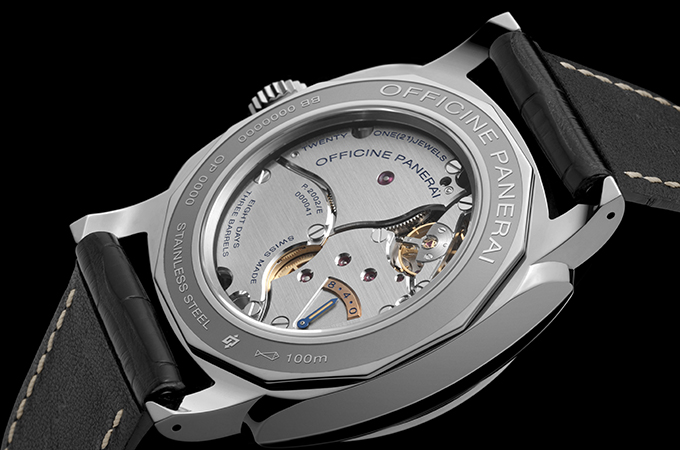 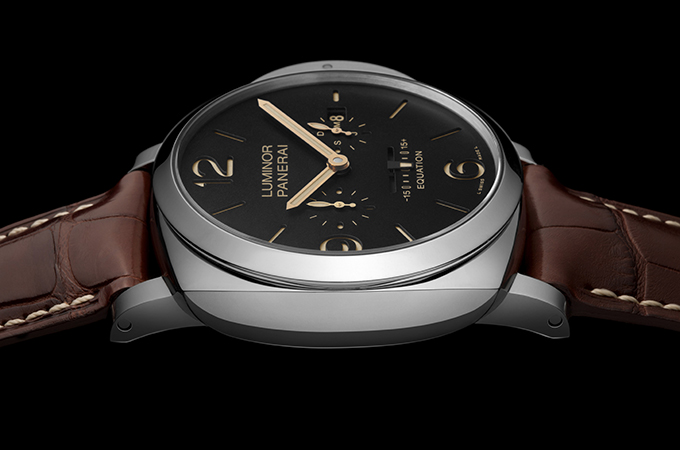 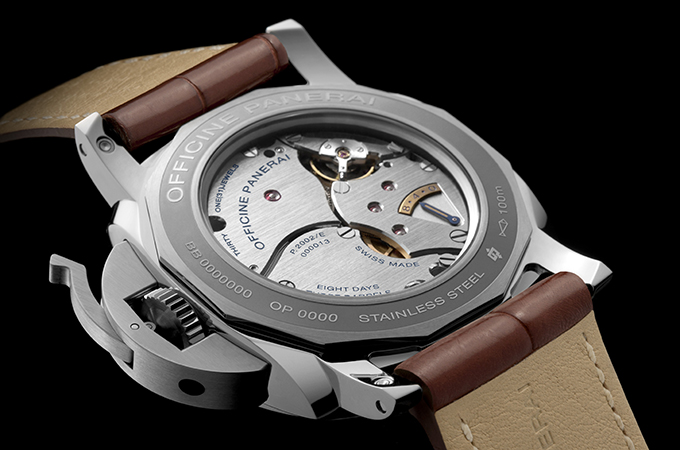 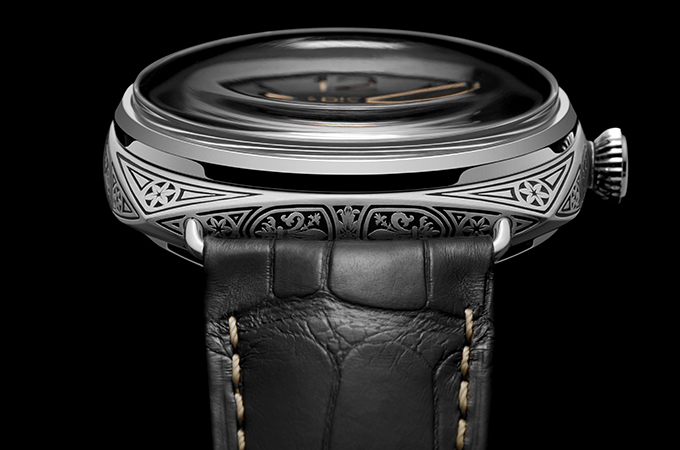 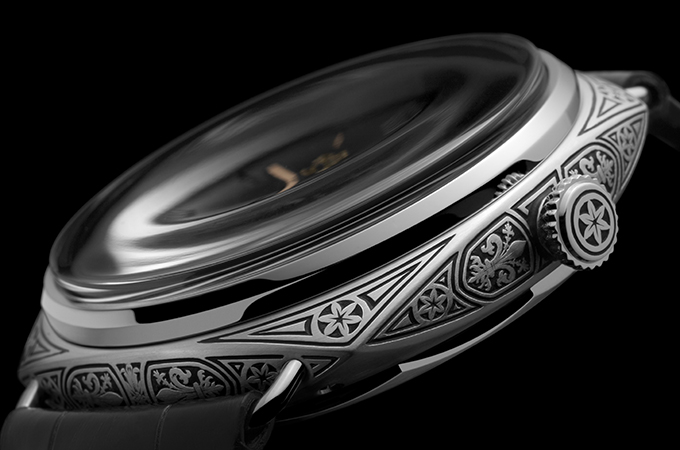 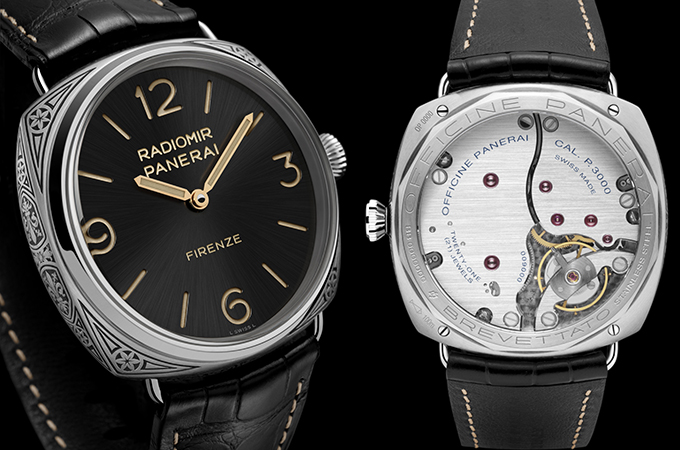 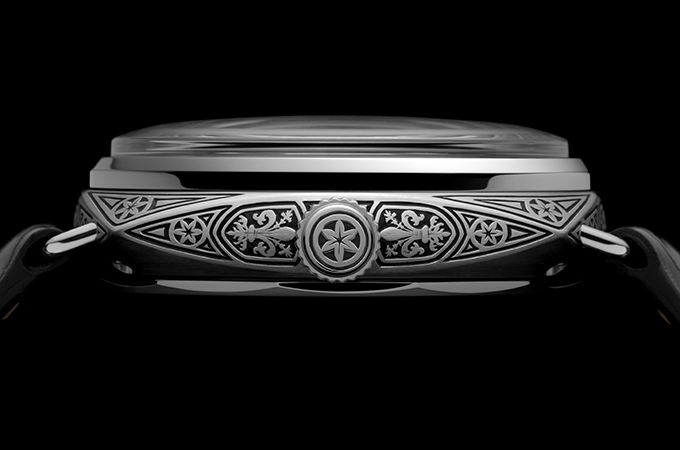 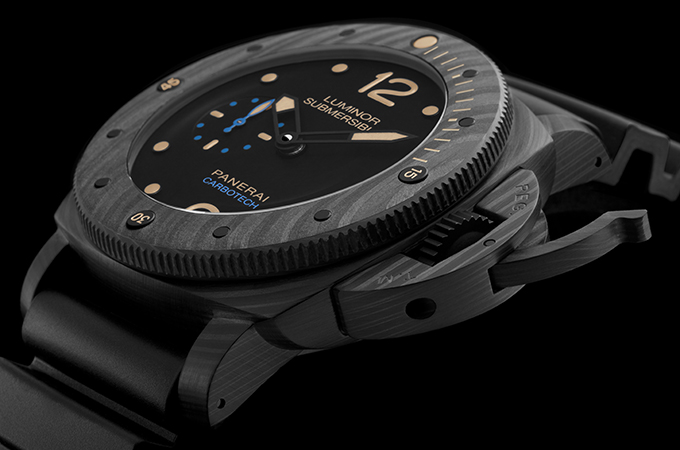 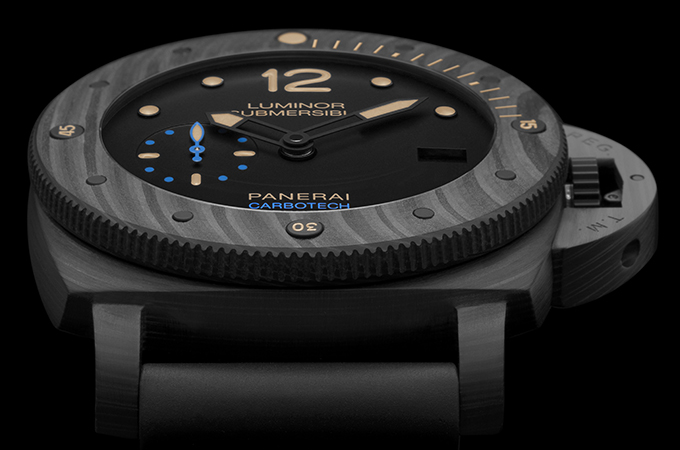