The plates and bridges of the hand-wound 2260 and 4400 calibers are adorned with delicate floral motifs, reminiscent of the engravings gracing the first pocket watches created by Vacheron Constantin from 1755 onwards.

The scrolling motifs and arabesques pay tribute to the acanthus leaf, an exceptional source of inspiration consistently celebrated since antiquity across all forms of artistic expression.

Engraving, which has been used in watchmaking right from its very origins, is a demanding art requiring extreme expertise and dexterity on the part of the master artisan who sculpts tiny parts without ever compromising their perfect aesthetic and functionality.

The skillfully engraved parts endow these timepieces with a distinctive stature, confirmed by the Hallmark of Geneva.

Meanwhile, the seven first models of the new Harmony collection, issued in limited editions, are eminently contemporary timepieces featuring a new cushion shape and a design inspired by one of the brand’s first wristwatch chronographs introduced in 1928.

At the heart of these generous cases with their reinvented aesthetic beat new calibers – entirely designed, developed and produced in-house – focused on monopusher chronographs.

A first version equipped with a split-second function sets slimness records with its ultra-thin self-winding movement measuring just 5.20 mm thick, while a second model stages a fascinating tourbillon and the third variation is equipped – like the original – with a pulsometric scale.

Representing elegant horological complications that are some of the most highly sought after and most complex to produce, the monopusher chronograph models are complemented by a ladies’ double-pusher chronograph.

A trio of dual-time watches housing a new in-house movement rounds off this unusual range of timepieces. Like the other most recent creations from the manufacture, these special editions bear the prestigious Hallmark of Geneva.

The collection of 12 crystal table clocks in Métiers d’Art collection resembling luminous arches is one of the means by which Vacheron Constantin is demonstrating its mastery of haute horlogerie and artistic crafts for which it has become a prominent ambassador over successive generations.

Each of the clocks is equipped with a new Vacheron Constantin movement comprising a constant-force mechanism and a 30-day power reserve.

Inspired by a model dating back to 1933, Vacheron Constantin has chosen to explore the many facets of crystal: translucent crystal for its purity that lends itself admirably to being enhanced by artistic crafts; and rock crystal for its natural rarity and its mineral richness. As usual, the exterior stems from a fruitful dialogue between master-watchmakers and crystal-glassmakers, as well as stone-hunters and stone-cutters, guillocheurs, engravers and enamellists – an array of master-artisans that the manufacture delights in challenging to reach new heights of achievement.

While the 12 table clocks each beat to the pace of the same movement, each crystal arch reveals a unique expression. Four of them celebrate the natural beauty of rock crystal, evoking a “mineral” architecture shaped by the Earth across endless ages.

Only exceptional stones are selected for their optical quality, their colour, their radiance, their refractive index and the aesthetic harmony of their inclusions. They illustrate various mineral variations, in turn revealing an evanescent white, an amber-tinted shade, fascinating black tourmaline inclusions known as “Arrows of Love”, or stunningly beautiful golden titanium “Venus Hair” inclusions.

The transparency of the cabinet provides a delightful view of a new manually wound caliber made by Vacheron Constantin, open-worked Caliber 9260. This open-worked construction reveals the interior beauty of the movement built around seven hand-bevelled bridges.

The Caliber 9260 motor is composed of two barrels, each with an over one-metre long spring, so as to guarantee an almost one-month power reserve. This endurance is optimised by the meticulous finishing of the components, reducing friction and thus wear. A power-reserve indicator at 6 o’clock on a sapphire crystal makes it easy to monitor the table clock’s level of energy.

The table clock series will be progressively unveiled throughout 2015 and the first rock crystal model was given an exclusive preview at SIHH 2105, which was held in Geneva, Switzerland, last week.

Founded by the youthful Genevan master-watchmaker Jean-Marc Vacheron in 1755, Vacheron Constantin is the world’s oldest watch manufacturer engaged in uninterrupted activity since its creation. 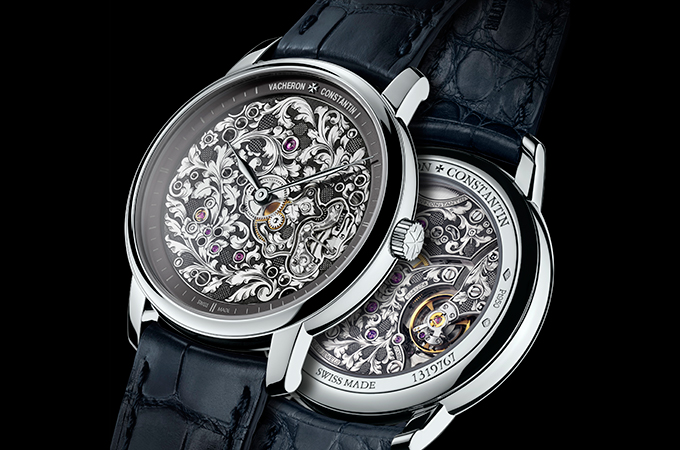 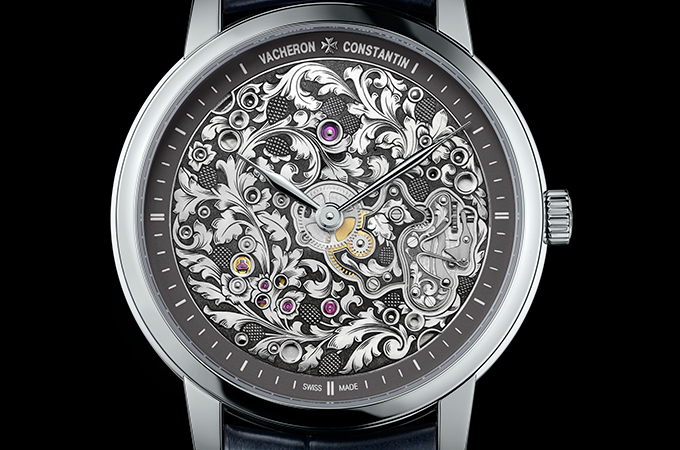 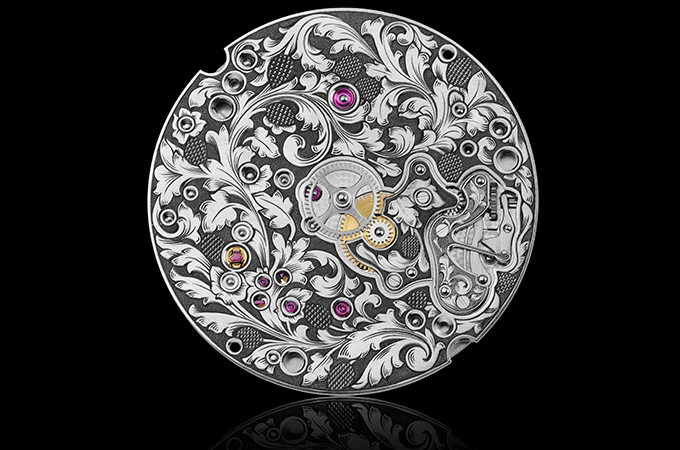 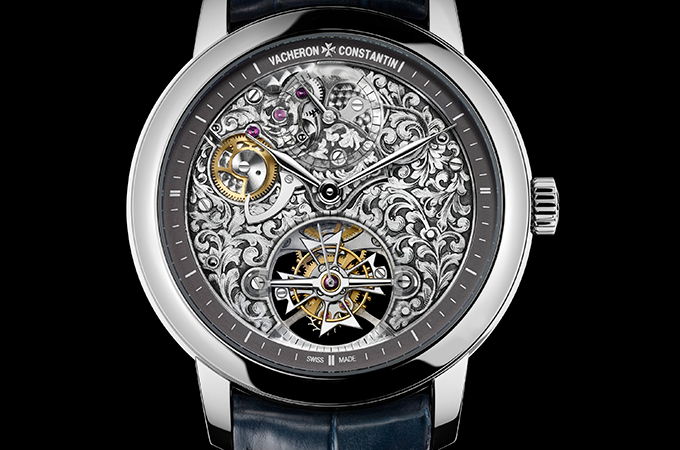 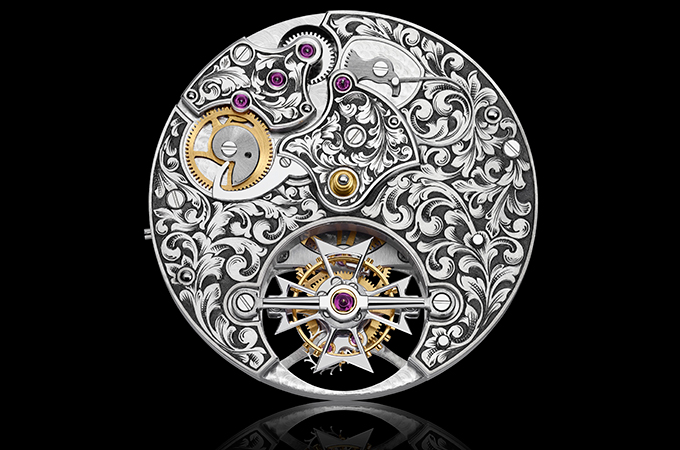 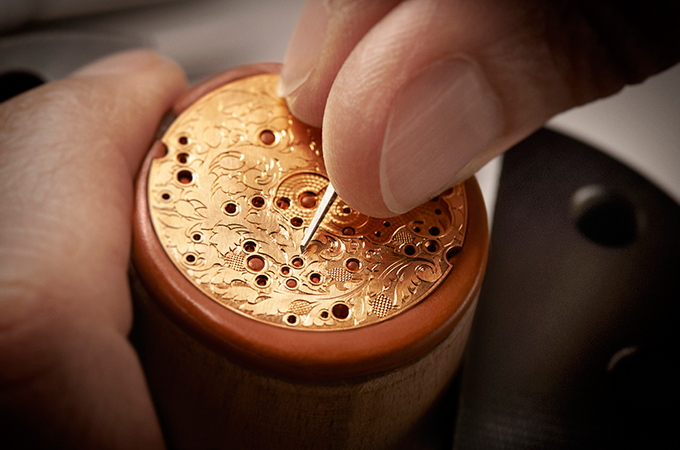 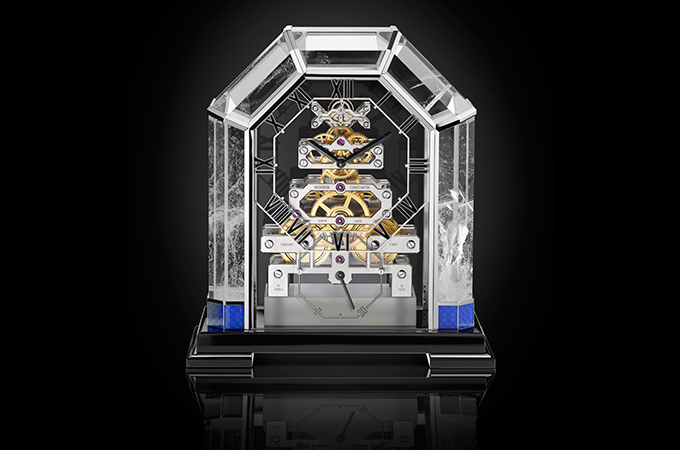 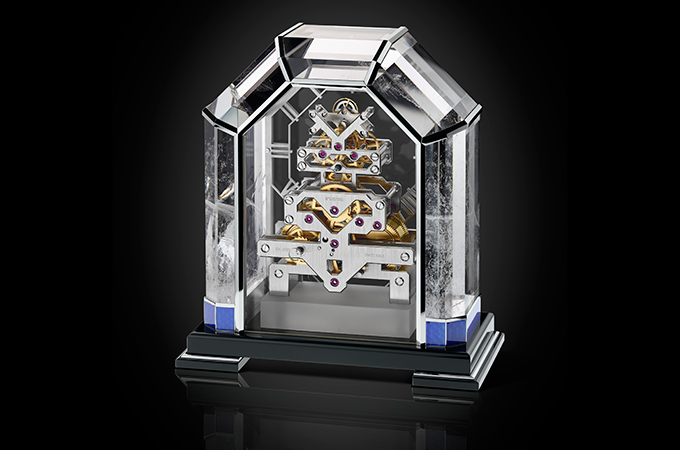 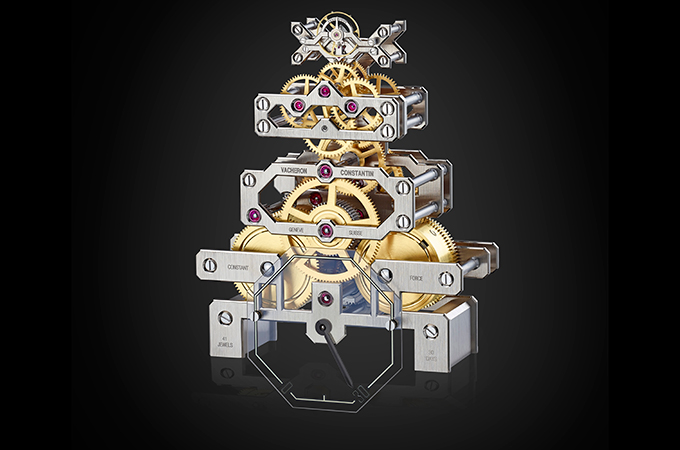 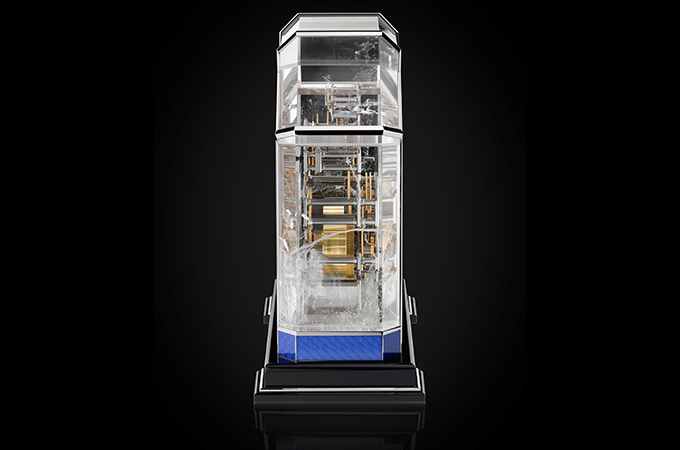 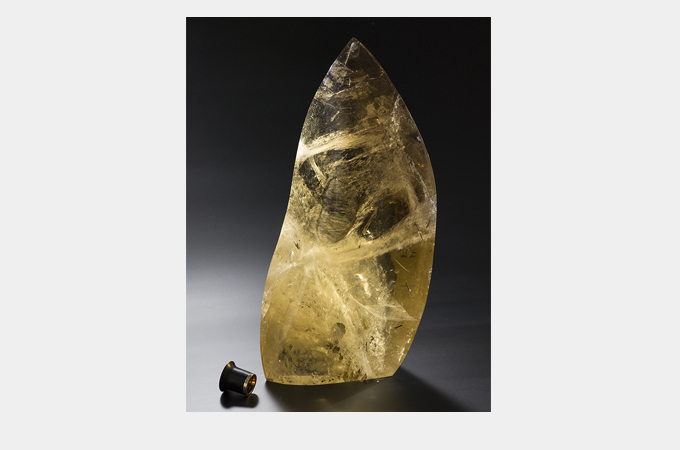 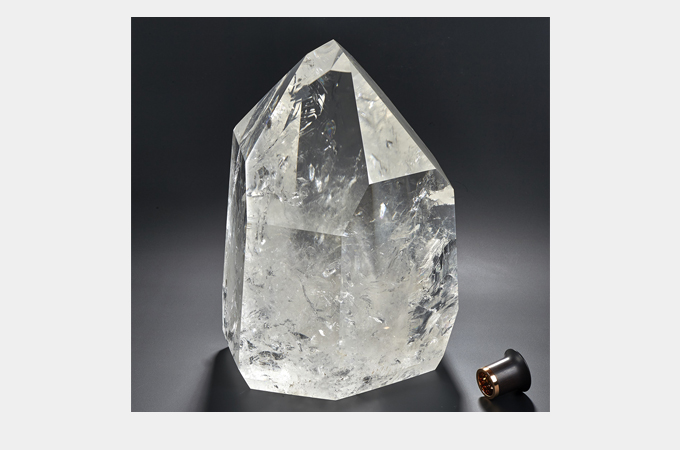 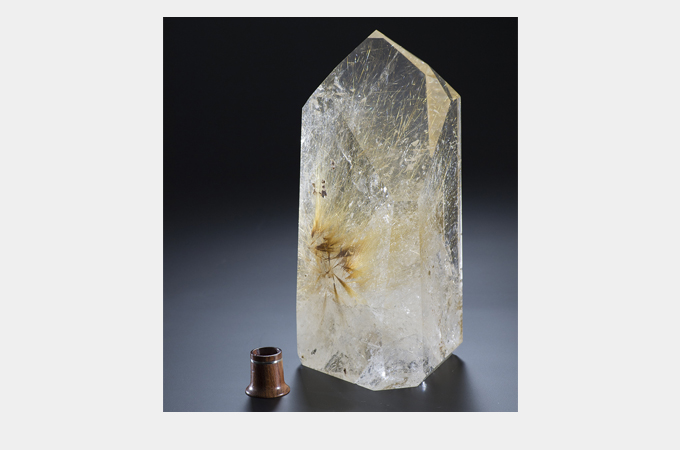 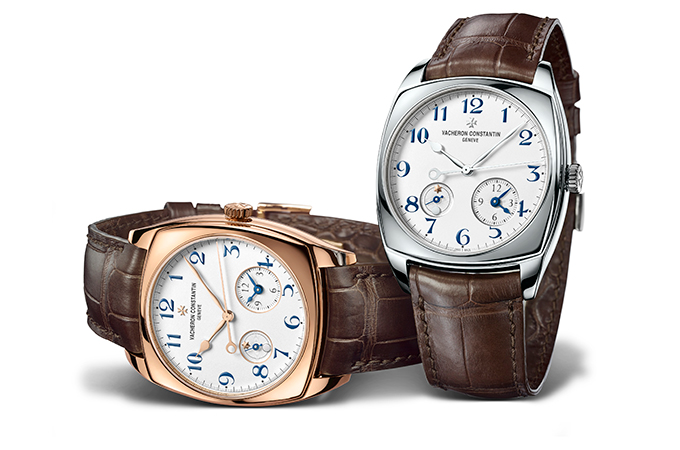 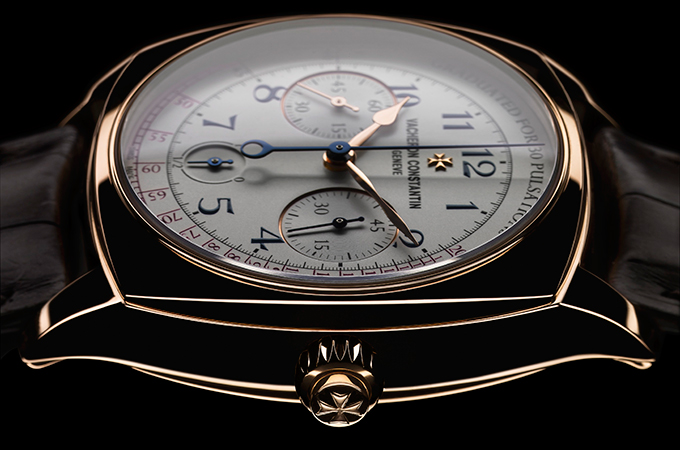 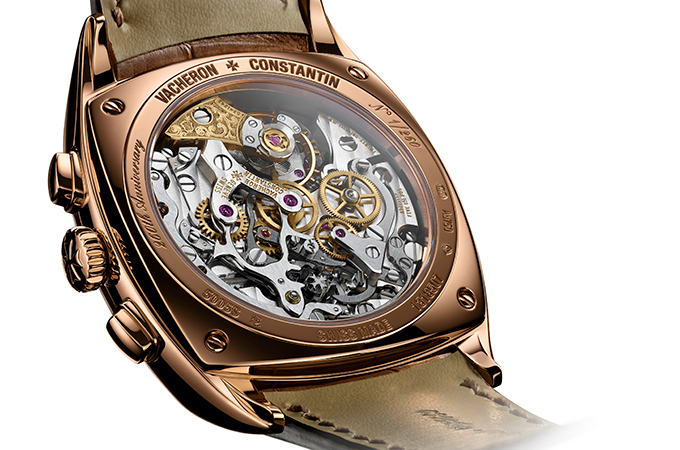 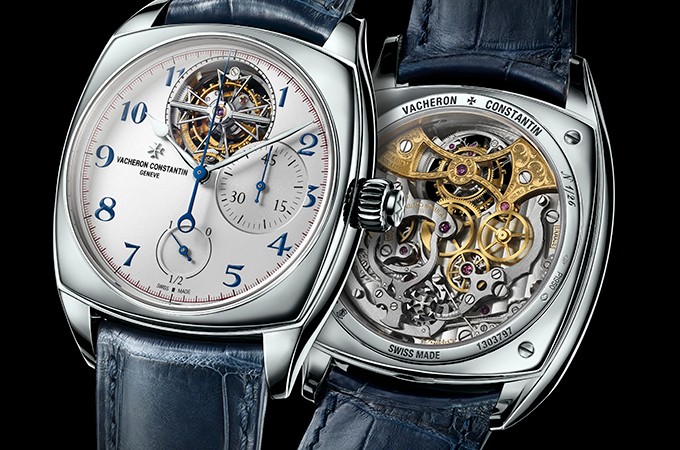 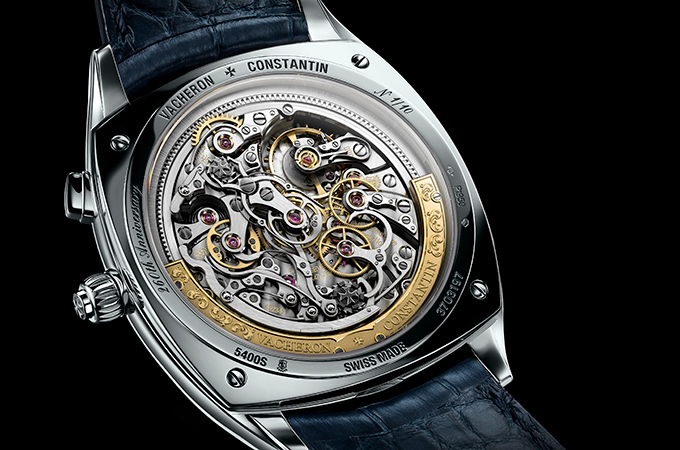 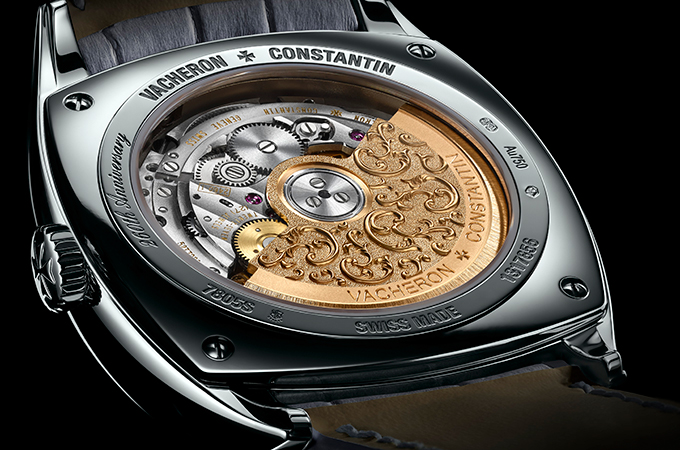 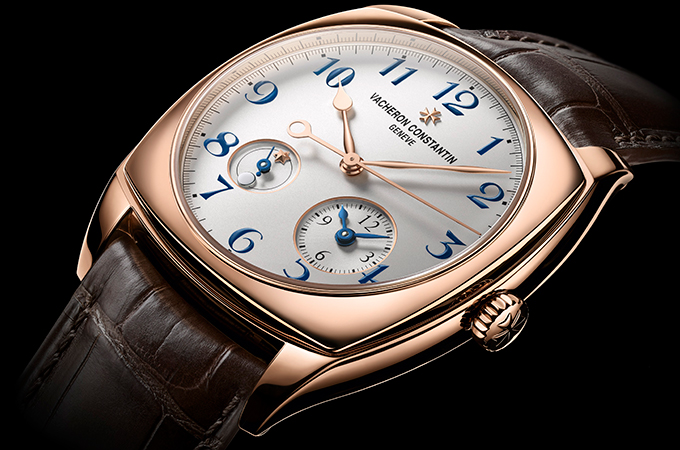 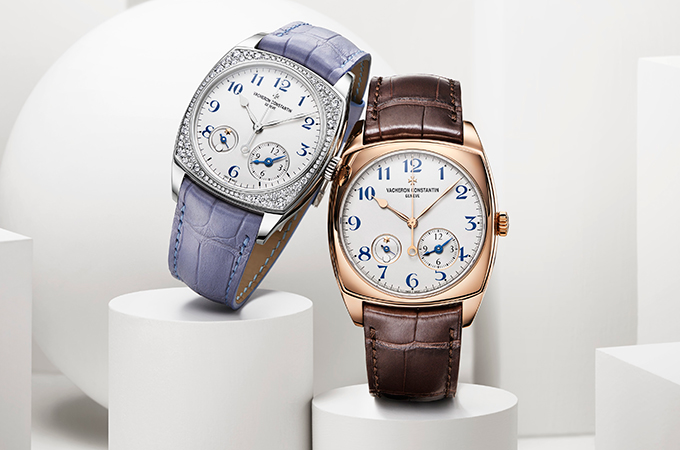 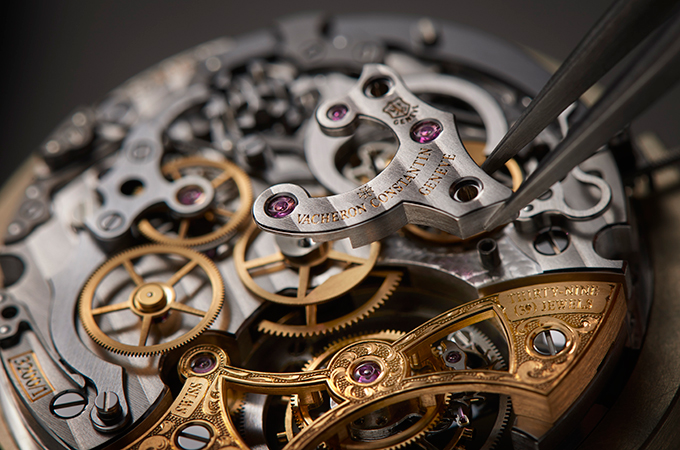 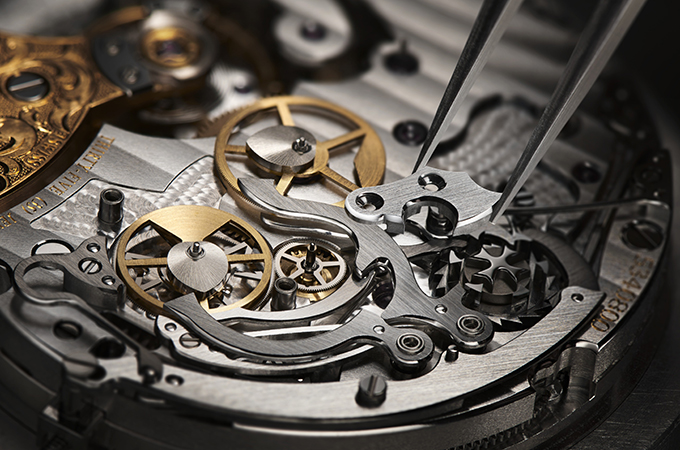