The new Audi 7, which is said to combine the appeal and sportiness of a coupe with the comfort of a sedan and the functional benefits of an Audi Avant, has made its debut in Bahrain.

“The Audi A7 continues to set new standards in automotive design, just as it did when it was first launched back in 2010. The updated model maintains all the elements that make it one of the most unique luxury sedans on the road, with the addition of an improved range of standard options and attractive sporty enhancements,” says Audi Bahrain Dealer Principal Geetan Jessen.

The most striking changes are to the single-frame grille, bumpers, tailpipes and headlights. LED technology is now standard; upon request, Audi can supply Matrix LED headlights (standard on S7 and RS 7), which light the road optimally without causing glare for other road users. Combined with the Matrix LED headlights, dynamic turn signals are also installed at the front; they come standard at the rear.

Options include dynamic steering (standard on RS 7), two sport suspension versions and adaptive air suspension (standard on S7 and RS 7). The standard MMI navigation plus system with MMI touch can also be supplemented as an option with a headup display that projects all important information onto the windshield.

Measuring 4.97 m in length, the body of the new car consists primarily of aluminum and hightech steel grades. The cargo space under the long, electrically driven trunk lid has a base capacity of 535 litres. When the rear seat backs are folded down it grows to 1,390 litres.

The sporty style of the exterior is echoed in the car’s interior. The dominant element is the horizontal line surrounding the driver and passenger. The dashboard gives an impression of lightness and elegance. The new interior materials, including the aluminum/Beaufort walnut inlay and Valcona leather, are impressive for their finish. The color palette has been redesigned, offering six color options even for the seats.

Audi is offering the new A7 with a choice of three engines: two TFSI and one FSI engine. Their power rating ranges from 220 hp to 333 hp. The topoftherange engine, the 4.0 TFSI, available in the Audi S7, and Audi RS 7, delivers 450 hp and 560 hp respectively, using innovative COD (cylinder on demand) technology.

The engine configurations have a sevenspeed S tronic transmission, the RS 7 is equipped with the eight-speed tiptronic transmission. In the version with frontwheel drive, the dualclutch transmission has been fully redeveloped. In engine configurations starting at 333 hp, quattro permanent all-wheel drive can be supplemented with the sport differential (standard on RS 7), which actively distributes power between the rear wheels.

The chassis, too, combines sporty precision with high comfort. The new Audi A7 features wheels with diameters ranging from 18 to 21 inches. The power steering system features an electromechanical drive for high efficiency.

In terms of infotainment, the standard MMI navigation plus system with MMI touch uses the latest generation of the modular infotainment system; its highlight is a powerful graphics processor from Audi’s partner Nvidia. Touchpad control lets the driver scroll and zoom in lists and maps. The top of the hi-fi line is the Bang & Olufsen Advanced Sound System (standard in the RS 7). 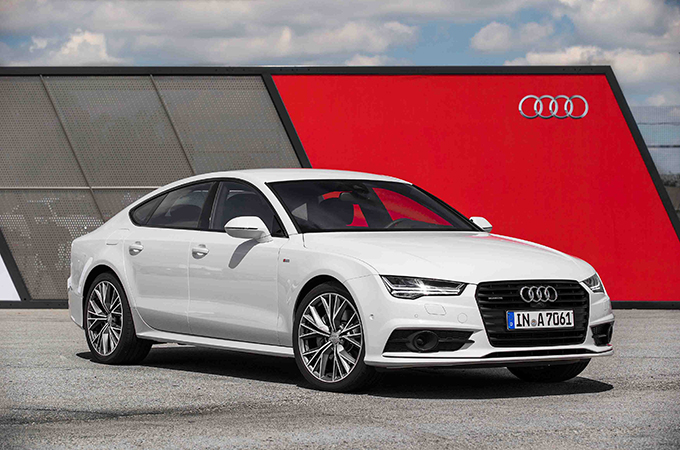 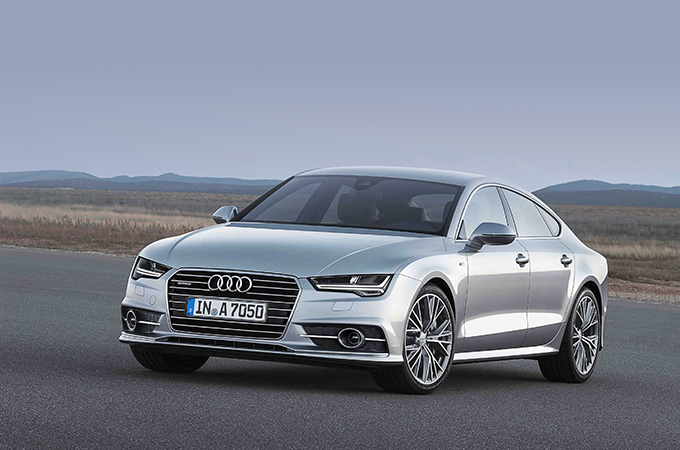 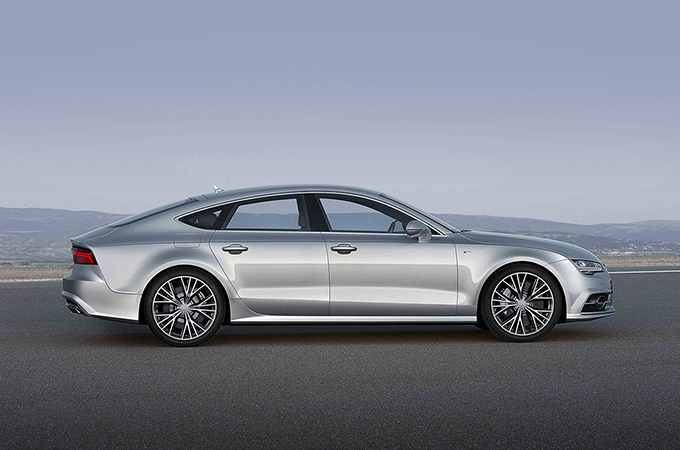