Greubel Forsey is showcasing its inventive spirit at the 2015 Salon International de la Haute Horlogerie (SIHH) with the launch of new creations that fits perfectly in the brand’s positioning between art and science.

The new watches are the Computeur Mécanique, GMT 5N Movement and GMT Black.

This is the Swiss watch maker’s sixth showing at the show, which is being held at Geneva in Switzerland and runs until January 23.

Partly inspired by the systems used in large astronomical clocks since the end of the 15th century, this unique and exclusive mechanism managed information that determins certain key dates in the ecclesiastical calendar (such as Easter) in relation to astronomical data.

First applied to the QP à Équation, the miniaturisation and complete integration of the system made it possible to display all the indications of the perpetual calendar through to the equation of time: the seasons, the equinoxes, the solstices, the equation of time, and the date, day, month and the four-digit year.

Meanwhile, the GMT 5N Movement presents a striking contrast between the rich rosé tone of the 5N finish of its main plate and bridges against its case in 950 platinum, which has a slightly lighter shade than the white gold version.

This play of colours is repeated through the display back and highlights the universal time display represented by 24 major cities, each one located in a different time zone. And in a further practical and aesthetic refinement, the lighter sections identify those cities that apply both summer and winter time regimes.

To ensure exclusivity this timepiece is limited to 22 pieces.

In the GMT Black, for the second time, the company explores the contemporary timepiece with a titanium case. Treated with vacuum deposited ADLC (amorphous diamond-like carbon), in addition to its striking appearance, this deep black coating gives the watch a surface hardness significantly greater than natural titanium.

With the movement's main plate and bridges also in black finish, the palette of colours is more restrained. This helps to bring out the contrast between the different textures and surface finishes of each component’s decoration.

However, relatively stronger colours are used to highlight all indications of time and technical information. The various dials and indication zones appear to be floating in the space around the terrestrial globe, evoking the night sky with the stars twinkling in their eternal orbits.

This edition will be composed of just 22 timepieces worldwide.

In the UAE, Ahmed Seddiqi & Sons, retails Greubel Forsey watches at its stores across the emirates. 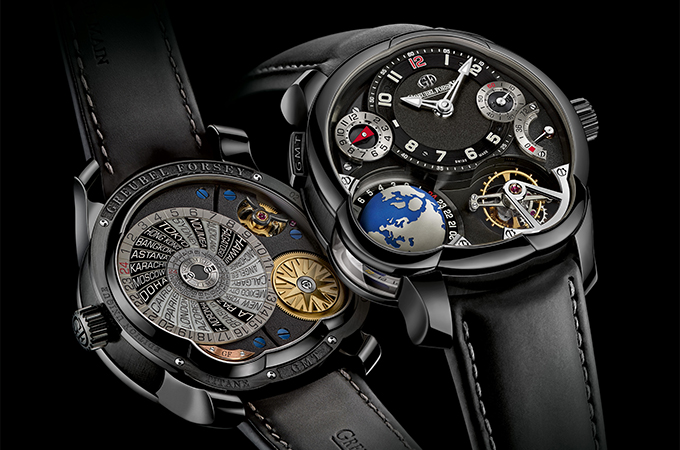 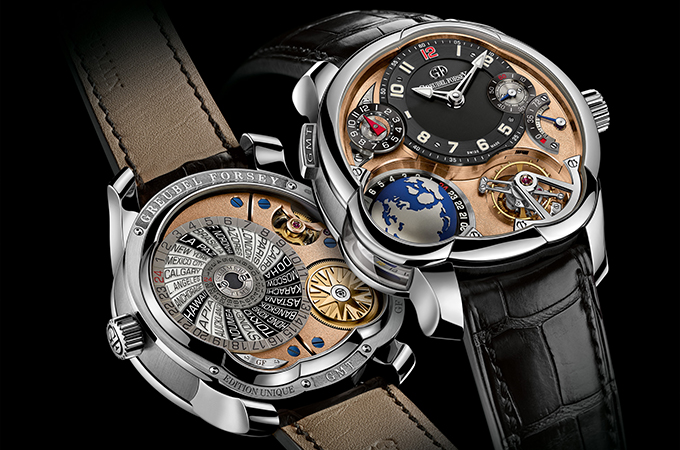 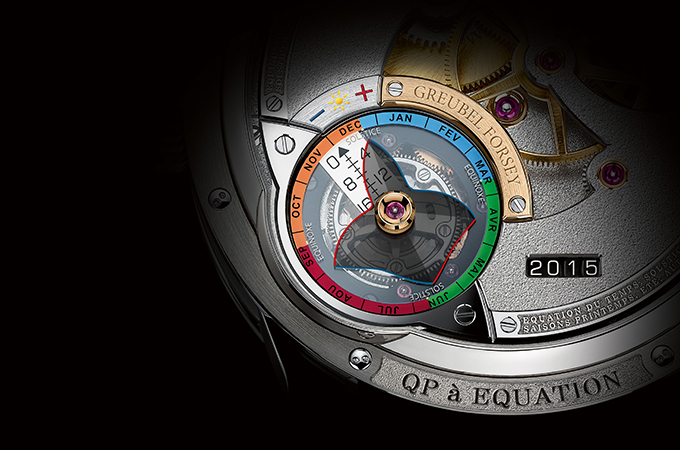