The veil is finally off the much-awaited McLaren Grand Tourer (GT) – the luxury sports car manufacturer’s response to customer demand for a more distinct supercar meant for the daily drive.

Last month, McLaren Automotive, the British creator of luxury, high-performance sports cars and supercars, revealed the new McLaren GT at an exclusive event in Bahrain, in conjunction with the global digital reveal.

In attendance at the unveiling were Shaikh Mohammad bin Isa Al Khalifa, Chairman of the McLaren Group, board members and representatives from Bahrain’s Mumtalakat, the majority shareholder of McLaren, as well as officials from Kanoo Motors, McLaren Group’s local partner in the kingdom.

Expressing the vision of McLaren to be an iconic supercar company, Brett Soso, Managing Director of Middle East, Africa and Latin America for McLaren Automotive, said the manufacturer had over the past nine years consistently disrupted the performance car segment, adding it was nothing different with the new superlight McLaren GT.

“We believe that pioneering technology is vital to create the most engaging driving experience,” he said at the event.

Soso said it is something McLaren had inherited from its founder Bruce McLaren, and “that lives on in every car we develop and create”.

Stating how over the last 50 years GT cars have become bigger and heavier, he said McLaren believes it must find a better way around this.

So when the McLaren engineers were given the challenging brief to design and create the new GT, they were reminded of elements vital in the GT segment. They were also told a GT must have space for two with room for luggage to travel long distances in comfort. It must use the highest quality materials to create a refined and relaxed environment; and, of course, the ease of handling of a McLaren, said Soso.

“The car you see today is a new McLaren for a new audience to provide a compelling alternative to the most established competitors.

“Importantly, this model is our interpretation of the Grand Tourer – a car that is designed for distance and one that provides agility and precision never seen before in this segment,” added Soso.

To a question from Arabian Knight on McLaren’s shift from track to road, Thomas Taylor, Global Product Manager at McLaren Automotive, said: “We have long felt that you can enjoy our cars on the road as much as on the track. We explored this a bit with the 570 GT, and what we heard from our customers was that they wanted a distinct Grand Tourer for that purpose. They loved that car and they wanted us to go further, and that’s why we have the new GT.”

The new engine is mated to a seven-speed SSG transmission to deliver linear, seamless and relentless acceleration. A launch control function optimises acceleration, helping achieve 0-100 kmph in 3.2 seconds, and a maximum speed of 326 kmph.

The bespoke MonoCell II-T carbon fibre monocoque also incorporates a carbon fibre rear upper structure, which allows the creation of a 420-litre luggage area below the front-hinged, full-length glazed tailgate. The resulting storage capacity allows for a golf bag, as well as luggage to be carried with ease, while a further 150 litres of storage at the front means that the new McLaren GT can accommodate a total of 570 litres.

Technology and modern craftsmanship share equal prominence in the car, with fine high-quality materials, complemented by the company’s most sophisticated infotainment system to date through the seven-inch central touchscreen.

An underbody clearance of 110 mm ensures the vehicle is usable in all urban situations, while in ‘lift’ mode (130 mm) it is the equal of mainstream sedans.

Speaking on the sidelines of the launch, Adam Gron, the Retail Marketing Manager, Middle East, Africa and Latin America, McLaren Automotive, said the new car would appeal to customers in the Middle East.

“What have tried to do here is create a new McLaren for a new audience. We are trying to resurrect the era from the 60s when Grand Tourers were not only about looks and being able to travel long distances in great comfort, great refinement but also cars that had phenomenal agility and were still designed around the drivers.

“So this new GT perfectly fits this brief and we anticipate it to be successful in the region.”

McLaren has completely ruled out an SUV and wants to stay focused on what it does best, and that is sport cars and supercars.

“We have no plans to launch an SUV. We don’t believe it would be right for our brand and it’s not something that our customers are asking for. Therefore, at the moment we are committed to only creating some of the finest and best mid-engined carbon fibre supercars,” said Gron, adding, “We don’t think a McLaren vehicle would feel like a McLaren in an SUV category.”

Further strengthening that resolve was McLaren’s ‘Track25’ business plan, which guides the company from 2018 until 2025.

According to that roadmap, McLaren is planning to launch a number of exciting cars and derivatives (both sports and supercars), and none of these cars will be an SUV, said Gron.

The new McLaren GT is the fourth model launched under Track25, which will see the company invest £1.2 billion ($1.525 billion) in research and development to deliver 18 new cars or derivatives by the end of 2025.

The new McLaren GT is priced at a little over $200,000 in the international market. First deliveries of the car will start around December 2019. 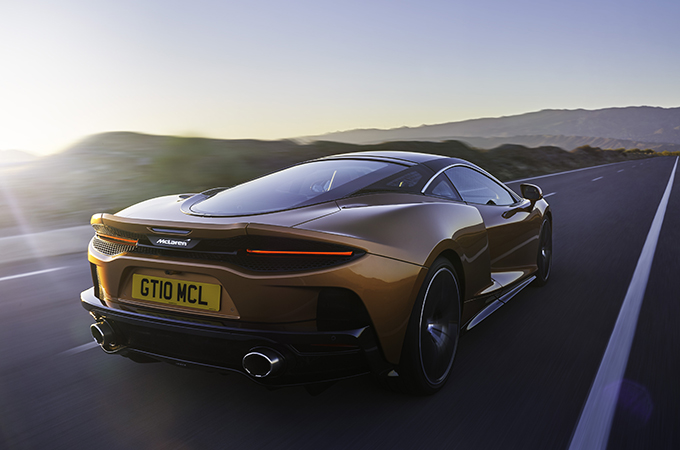 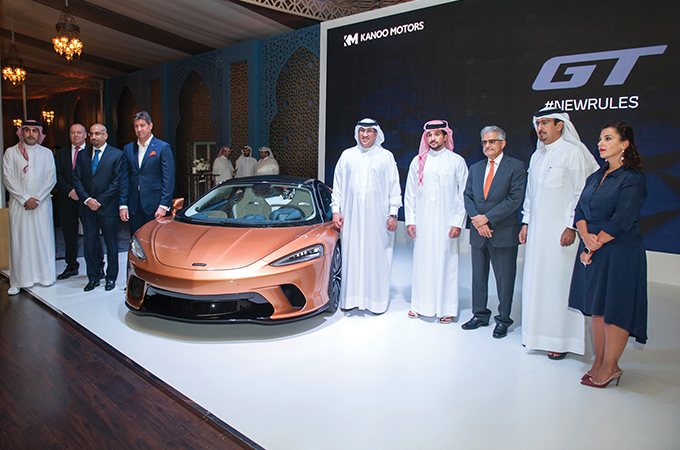 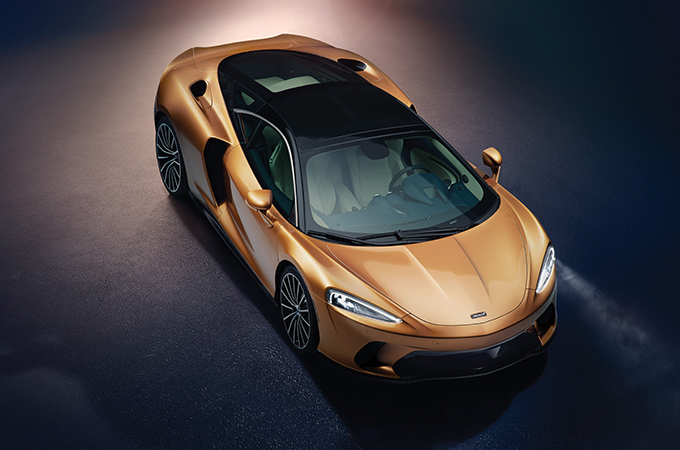 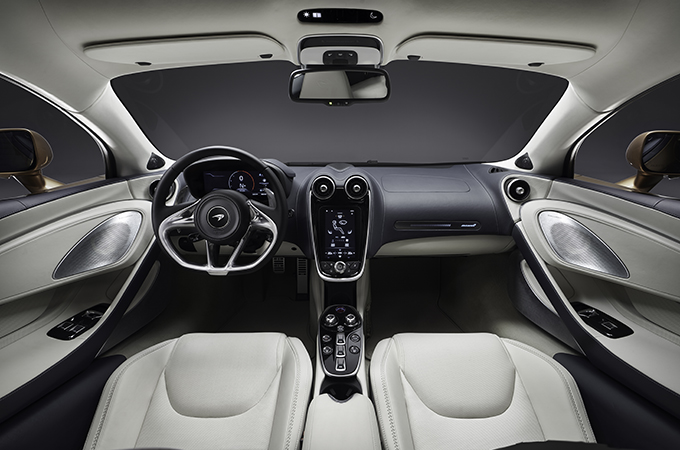 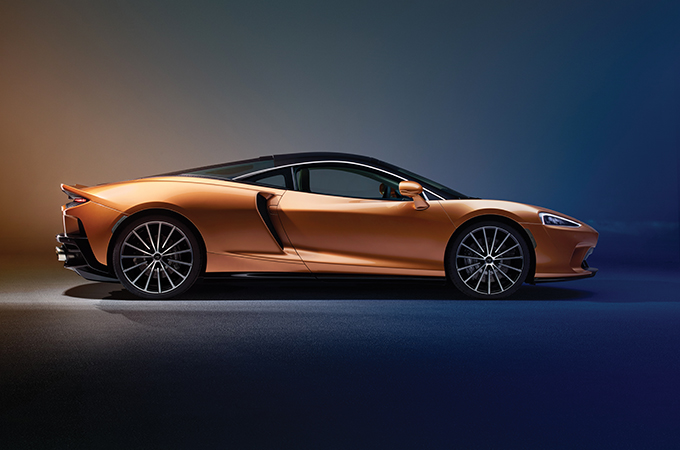 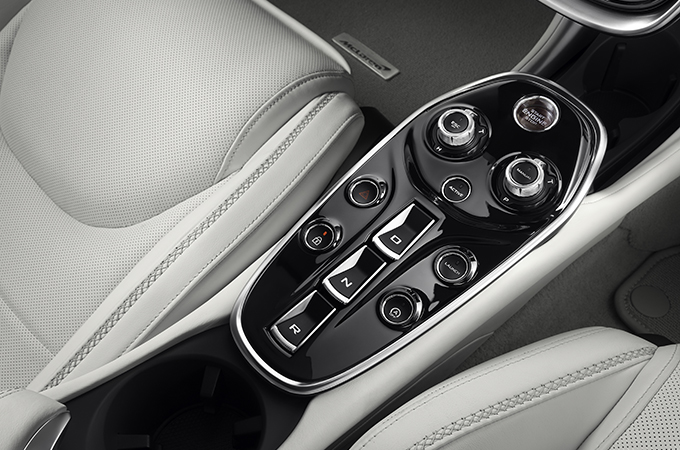 "
The new McLaren GT is the supercar maker’s interpretation of the Grand Tourer that is designed for a new audience, providing agility and precision never seen before in this segment