Hotels & Resorts
Grosvenor Gets a Makeover

Directed by Hirsch Bedner Associates (HBA) and GA Design, the complete transformation of the hotel’s guestrooms and public spaces incorporates a fresh take on present-day design while honouring the rich heritage of the property.

“The reintroduction of the iconic JW Marriott Grosvenor House London signifies an exciting milestone as the property celebrates its 90th anniversary this year,” said Mitzi Gaskins, Global Brand Leader of JW Marriott. “We are thrilled to welcome our guests to the new Grosvenor House where they will continue to enjoy the highest level of luxury, inclusive of enriching experiences and warm, intentional service that embodies the JW Marriott brand.”

The former home of the Duke of Gloucester, Grosvenor House has commanded a notable location on Park Lane since opening its doors in 1929. Originally designed by famed architects L Rome Guthrie and Sir Edwin Lutyens, the hotel has long been associated with royalty, international dignitaries and celebrities alike. Serving as one of London’s main social hubs, Grosvenor House has hosted many significant and extravagant occasions including the Royal Caledonian Ball, The Russian Debutante Ball and, for the past 68 years, the hotel has been the official host of the British Academy of Film and Television Arts (BAFTA) Awards.

The refined and star-studded heritage of Grosvenor House shines while highlighting the hotel’s favourable location as a close neighbour to Hyde Park. The transformation embodies the historic grandeur of the hotel while infusing a more stylish and contemporary British feel.

“Throughout the 90 years of its legacy, JW Marriott Grosvenor House London has played a role, whether large or small, in the history of this well-beloved city,” said Stuart Bowery, General Manager, JW Marriott Grosvenor House London. “This year, following significant transformations, our truly iconic hotel begins an exciting new chapter. We look forward to welcoming our guests as we head into the next decade and hope they feel inspired and fulfilled.”

JW Marriott Grosvenor House London’s complete renovation includes an extensive re-imagination of the ground floor, to complement the alluring views of Hyde Park. The décor, including butterfly wall art and bespoke carpets, incorporates a soft palette of neutrals with accents colours that echo the changing seasons. The transformation of the original lobby fireplace includes floor-to-ceiling glass, which seamlessly connects the lobby entrance to the bright Park Room setting.

Infusing Hyde Park’s lush parkland into the design of the hotel corridors and guestrooms, the hotel exudes sophistication. A delicate foliage pattern gently winds through the hallways, while the redesigned guestrooms take cues from autumn in Hyde Park with rich golden leaves layered over the soft grey carpet to create depth and add warmth. The palette of warm neutrals extends to the two Royal Suites for a full home-away-from-home experience. Large pieces of artwork commissioned specifically for the hotel, including sculptural ceramics and framed imagery, communicate the story of the interconnectedness of travel between London, New York and Paris in the early years of the 20th Century.

Modelled after stately homes throughout the country, the Park Room features floor-to-ceiling glass windows that emphasise uninterrupted and magnificent views of Hyde Park. Fringed chairs and floral décor provide playful illusions to the hotel’s past. Guests can indulge in the award-winning Afternoon Tea, served alongside homemade pastries, or taste the exclusive Yellow Rose tea, concocted specifically for the hotel using plants found in Hyde Park. JW Steakhouse serves prime USDA select cuts within a traditional steakhouse setting. For an intimate gathering, guests can opt for the private dining room that can accommodate up to 12 guests. The Al fresco terrace is also available during the spring and summer months.

Adjacent to JW Steakhouse is the notable Bourbon Bar, home to more than 300 rare, pre-prohibition, single batch bourbons. As day turns to night, guests can unwind at Red Bar. In contrast to the neutral palette seen throughout the hotel, Red Bar received its name from the space’s sensual red décor. Highly trained mixologists enthrall guests with thoughtfully crafted cocktails, making the bar an ideal spot for a night out. Corrigan’s Mayfair, led by award-winning Host Patron Richard Corrigan, serves quintessential British and Irish dishes. The hotel’s most recent dining outpost, Ruya London offers a taste of contemporary dishes from the Anatolian region, stretching from the Mediterranean to the Black Sea.

Boasting one of the largest hotel event venues in Europe, JW Marriott Grosvenor House London features more than 5,000 sq m of flexible meeting space, perfect to host any event, large or small. The crown jewel of the hotel is the Great Room, which can cater for up to 2,000 guests in a single sitting, making it the ideal venue for award ceremonies and receptions.

This iconic space was once an ice-skating rink, where young Princess Elizabeth (now Queen Elizabeth II) and her sister, Margaret, learned to ice skate. Today, the eight crystal chandeliers and sweeping staircase serve as a reminder of the storied history. The refined ballroom also incorporates the hotel’s history with cut glass chandeliers and Art Deco features. The Court Suite meeting space, with a capacity to seat up to 250 guests, features a bespoke carpet humorous in its pattern, reminiscent of ice-skating memories, with ice-sculpture effects projected by the wall lights. Small weddings, banquets or business meetings are an ideal fit for the 86 Park Lane function suites, offering 20 naturally-lit rooms. 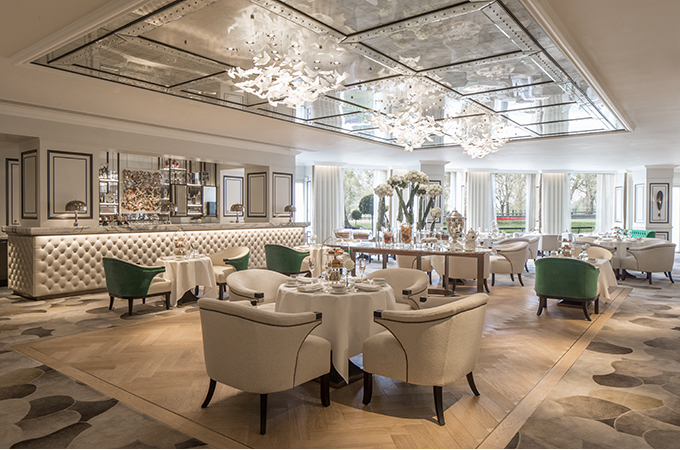 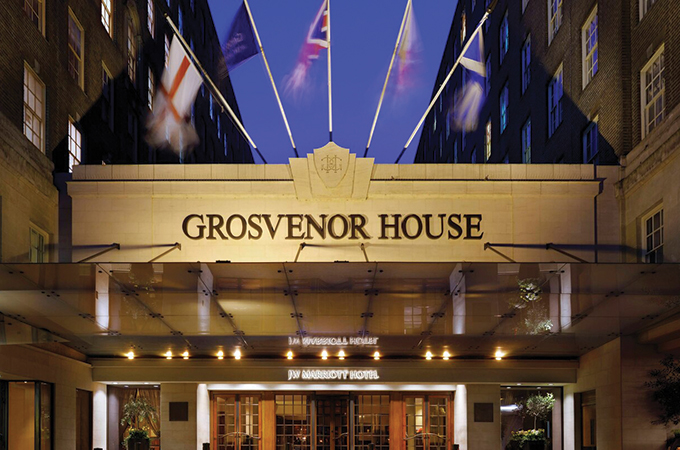 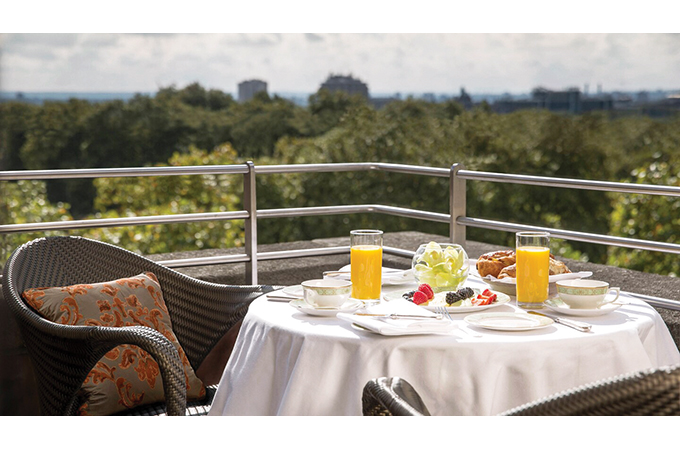 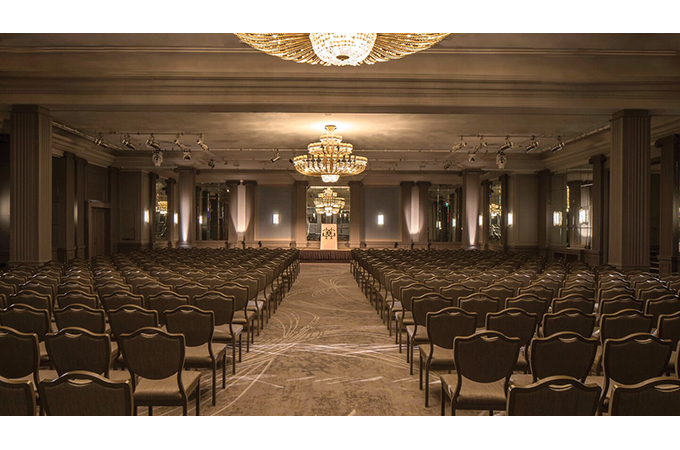 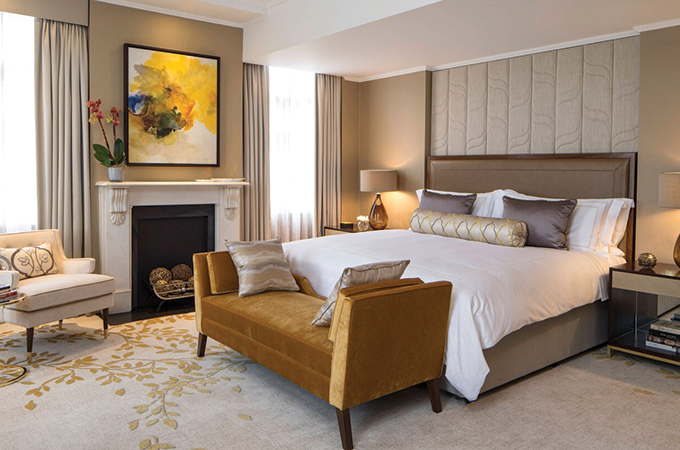 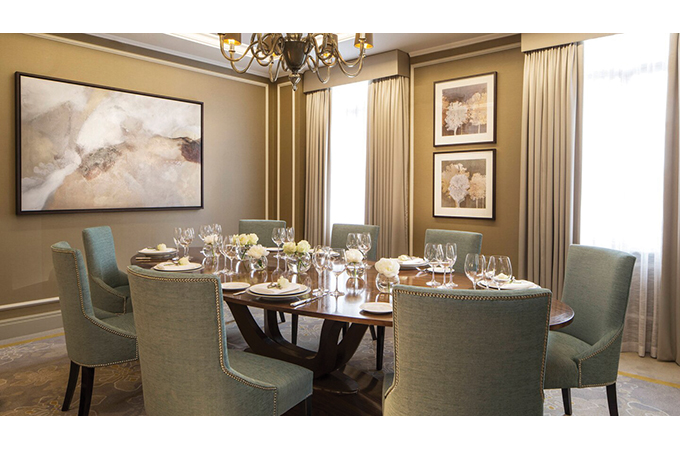 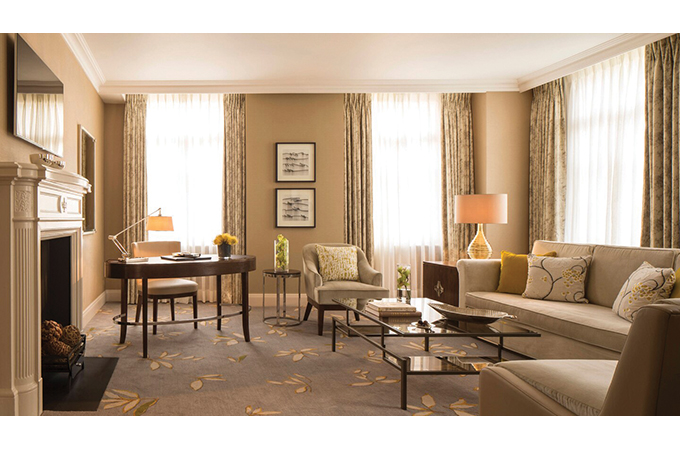