Bentley Motor’s new race car inspired GT3-R made its first appearance in the UAE, during an exclusive track event at Yas Marina Circuit in Abu Dhabi.

Just 300 cars of the rarest and most dynamic member of the esteemed Bentley Continental family of Grand Tourers have been hand built in Crewe in the UK and finished by Bentley Motorsport, guaranteeing customers a high level of exclusivity.

Inspired by the new Bentley GT3 race car that stormed to victory at the second round of the Blancpain Endurance Series at Silverstone, the first UK race for Bentley for 84 years, as well as at the Paul Ricard circuit in France, the GT3-R is highly anticipated by car fans in the Middle East.

Under the bonnet, Bentley engineers developed a retuned version of the company’s race-proven, high performance 4.0-litre twin-turbo V8 for the new two-seater GT.

Developing 580 PS (572 bhp/426 kW) and 700 Nm of torque, together with a 100 kg weight reduction and shorter gearing, the Continental GT3-R is the fastest-accelerating road going Bentley ever. Capable of reaching 60 mph from a standstill in just 3.6 seconds (0-100 km/h in 3.8 secs), the GT3-R is a Grand Tourer with the performance of a race car.

Robin Peel, Head of Marketing and Communications, MEAI and Asia Pacific, comments: “In the GCC our customers tend to know exactly what they want and this ultimate offering from the Continental range will certainly appeal to those wanting to experience race car performance, but without compromising the luxury they have come to expect from Bentley.”

Complementing the revised powertrain is a further development of Bentley’s renowned all-wheel drive system, which now features torque vectoring for the first time. Together with modified Electronic Stability Control (ESC) and a chassis tune optimised for outright cornering ability, the Continental GT3R is the most dynamic, responsive and involving Bentley road car ever.

Featuring a unique pair of bespoke sports seats, handcrafted from carbon fibre, Alcantara and the finest leather, the GT3-R is as breathtaking in its approach to interior design as to its dynamic ability.

Offset against the Beluga leather, a vivid accent green is used as a hide colour on the seats, instrument panel and door panels and in contrast stitching throughout the seats and diamond-quilted areas, along with GT3-R badging.

Externally the car has a new front splitter, balanced by a new fixed rear wing fitted to the boot lid – both finished in exquisite carbon fibre.

The bonnet incorporates two vents to improve the cooling, whilst the Glacier White paint, which all 300 cars will be finished in, is highlighted by the use of two-tone green graphics.

The visual appeal of the car is completed by an all-new lightweight 21-inch wheel, machine-forged from high-strength alloy and finished in gloss black. 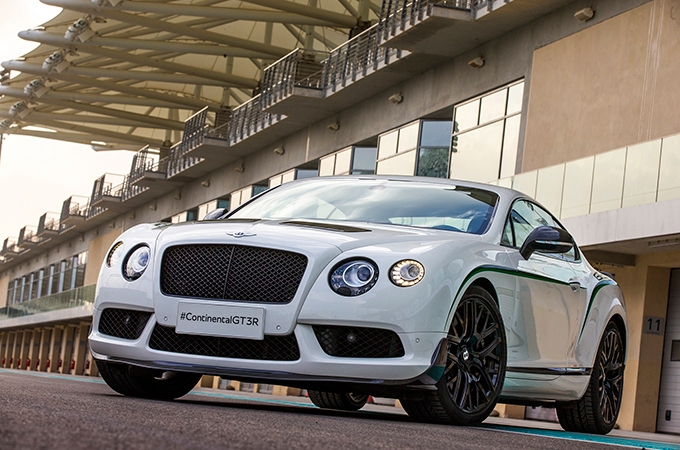 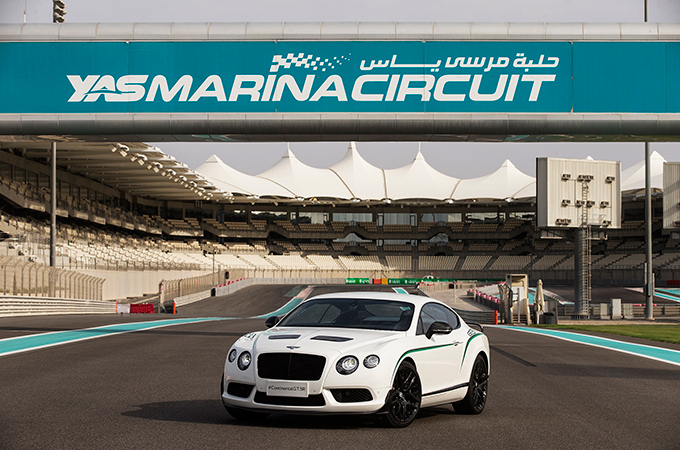 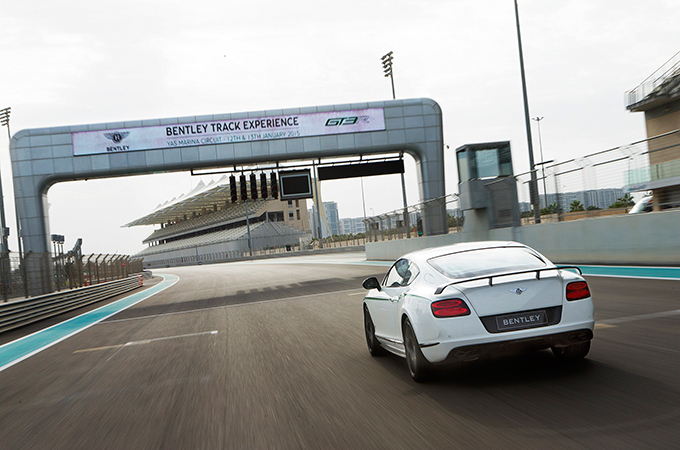