Euro Motors Jaguar Land Rover has announced the success of its collaboration with the Bahrain International Circuit (BIC) for the Formula 1 Gulf Air Bahrain Grand Prix 2019.

Having once again been chosen by BIC to further enrich the excitement of the race weekend, Jaguar Land Rover Bahrain held various exclusive events both leading up to and during the race, which perfectly captured the spirit of the Formula 1 Gulf Air Bahrain Grand Prix 2019.

Having come together to a successful effect on previous iterations of the Bahrain edition of the Grand Prix, Euro Motors Jaguar Land Rover really outdid itself this time around by considerably increasing the number of events that it organised that were in sync with the theme of the Formula One, the company said.

The innovation and scope of its collaboration ensured that both the Jaguar Land Rover experience was brought closer than ever to its customers, and a unique and memorable time was had by all.

To generate hype for the 999th race in the history of the Grand Prix, Jaguar Bahrain provided four F1 branded SUVs, namely three Jaguar E-PACE and one F-PACE models, to be used as part of the BIC promotional tour.

During the entire course of the race weekend, a number of Jaguar and Land Rover models were put on display for guests to interact with and experience first-hand the unique interiors and exteriors of the vehicles.

Moreover, visiting F1 fans were also given the exclusive opportunity to witness the official premiere of Jaguar’s first ever all-electric performance SUV, the I-PACE. The pure battery-powered model was in the spotlight throughout the three-day event and attracted an incredible crowd of Jaguar fans and true motoring enthusiasts.

In line with the introduction of the Jaguar I-PACE, Jaguar Bahrain also hosted a special event for selected guests, designed to showcase Jaguar’s latest addition. Guests were given exclusive insight by the Jaguar Bahrain team on the performance, capabilities and exceptional features of the electric model.

The I-PACE is set to be officially launched and made available for purchase in Bahrain in September 2019.

Stephen Lay, General Manager of Euro Motors Jaguar Land Rover, said: “We are incredibly proud to announce that our collaboration with the Bahrain Grand Prix was an accomplished success in every aspect. We are especially proud to have displayed Jaguar’s first ever all-electric SUV for five days in a row, four at BIC and for a day in our showroom. As we intended, the Jaguar I-PACE was certainly in the spotlight during the weekend and we hope that all our guests took the opportunity to truly admire the pioneering model. We look forward to venturing together with the Bahrain International Circuit once again in the forthcoming years in adding the charisma of the Jaguar Land Rover presence to the world’s fastest regulated road race.”

The Jaguar I-PACE recently received the title of the European Car of the Year 2019. Its revolutionary design is both true to the spirit of Jaguar and the I-PACE Concept. From the pronounced front wheel arches to the rear diffuser, every supercar-inspired styling element allows I-PACE to slice cleanly through the air for maximum range and stability.

The I-PACE seamlessly integrates technology and abundant space. The Interior design is clean and uncluttered, with tactile features and sweeping lines. The nature of the electric powertrains offers additional space, providing more freedom to maximise the comfort provided by I-PACE’s interior.

The I-PACE is underpinned by an advance electric vehicle architecture created specifically for this car that delivers excellent driving dynamics while minimising weight. 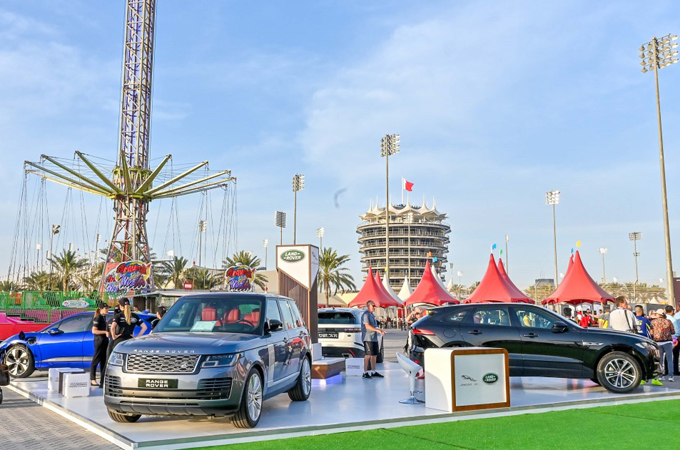 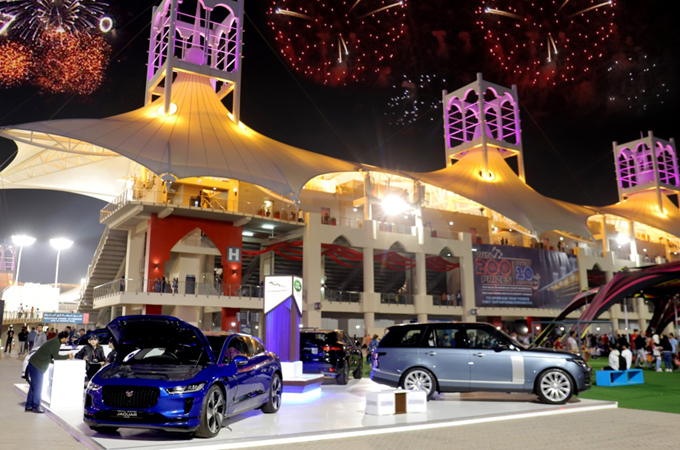