The 125th anniversary of “Omega” Calibre, one of watchmaking’s most famous names, was celebrated at the Omega Museum in Bienne, Switzerland, where the brand’s iconic heritage is displayed. Omega also gave guests the first glimpse of two new watchmaking creations.

Before it was called Omega, the company’s first workshop was opened in 1848 by the young watchmaker Louis Brandt. Almost 50 years later, in 1894, his two sons, Louis-Paul and César, invented a new movement that would change the industry forever. Their innovative 19-ligne calibre introduced pioneering mechanisms as well as industrial-scale production lines. It was so advanced that the brothers named the movement “Omega”. Like the last letter of the Greek alphabet, it symbolised ultimate accomplishment and the “final word” in watchmaking success. Following that achievement, the entire company was renamed Omega in 1903.

Raynald Aeschlimann, President and CEO of Omega, welcomed guests to the event and said: “Today, we are truly proud to represent such an iconic name. Omega is the only watchmaker to be named after a movement, which proves our commitment to the art of precision. It is also a name renowned in so many areas – from moon landings and the Olympic Games to James Bond films and ocean exploration. This anniversary certainly deserves to be celebrated.”

Meanwhile, the De Ville Trésor 125th Anniversary Edition has been crafted from 18K yellow gold with a burgundy leather strap and a red enamel dial. The caseback includes an anniversary medallion, as well as a decorative engraving known as “damaskeening” – the same style that was originally used on some of the 19-ligne “Omega” calibres that were hugely popular in the US.

The second creation revealed at the event was the return of the 19-ligne Calibre – which is being given a new lease of life. The brand has retrieved a number of original movement components from its vaults, including bridges, mainplates, escapements and bimetallic balance spring. These will now be used by the watchmakers in Omega’s Atelier Tourbillon to recreate 19 movements. This project is also about 21st century evolution, meaning that the 19-ligne calibres will receive distinguished updates and innovations – such as a Swiss hand setting system. Furthermore, the movements will be embellished with “damaskeeing” decoration and will be housed inside a new half hunter pocket watch.

Omega has an unrivalled heritage within space exploration and its Speedmaster watches have been worn and trusted by astronauts aboard many of history’s greatest missions - including Apollo 8 in 1968. This crew were the first humans to ever see the far side of the moon and the legacy of that achievement is beautifully celebrated in Omega’s newest Speedmaster watch. 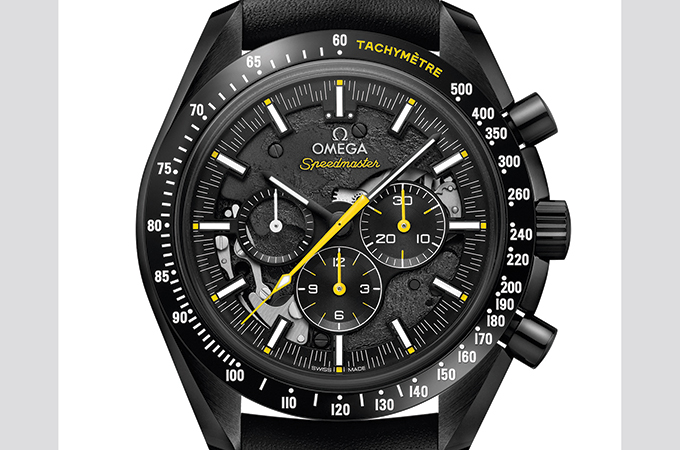